'We must remember that we are neighbors': Glenburn stranger helps widowed woman with fallen tree after storm 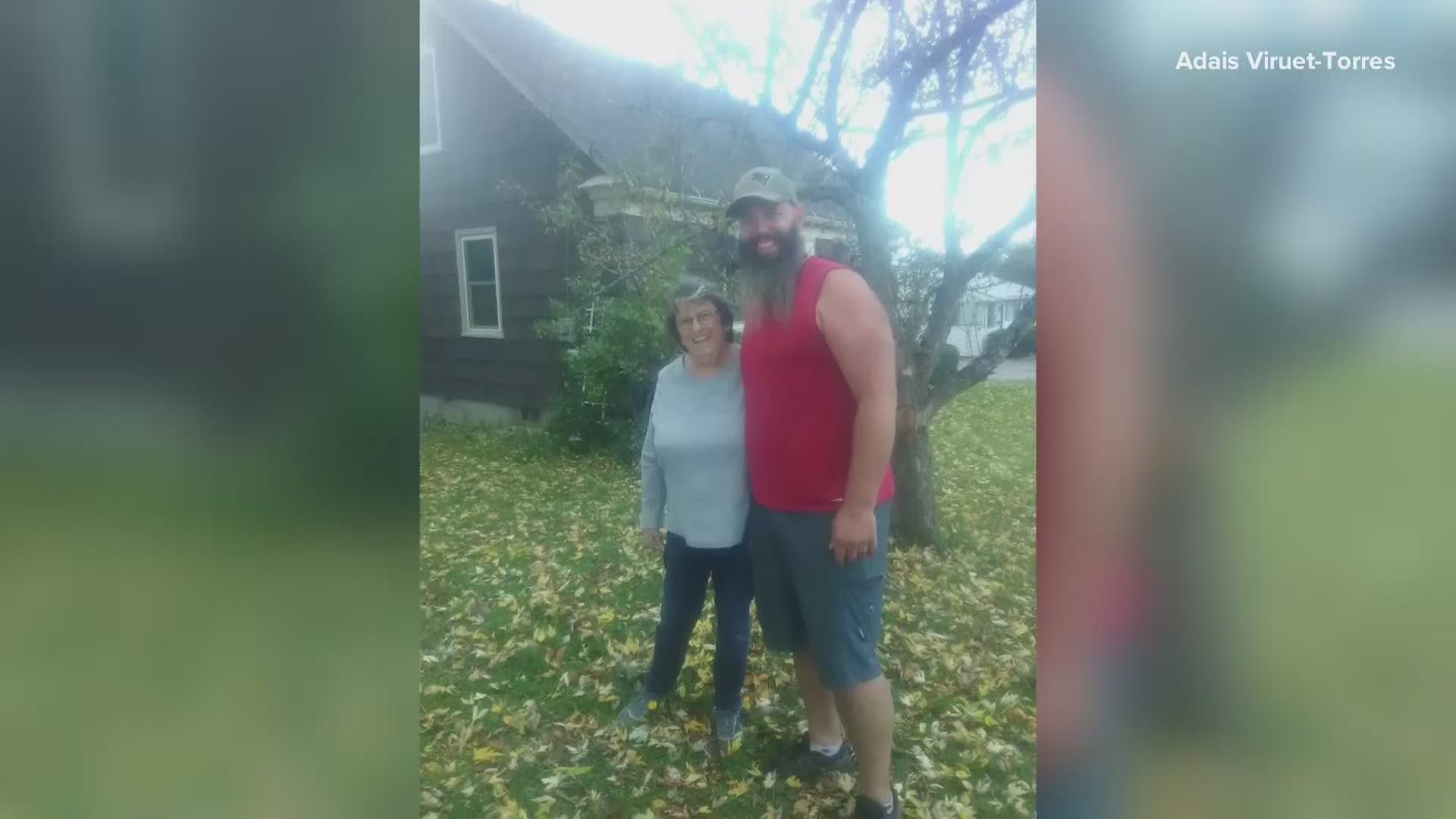 BREWER, Maine — In some Maine communities, signs of last week's rain and wind storm that swept across most of the state are still present—scattered broken tree branches, piles of soggy, fallen leaves. At a neighborhood in Brewer, though, the lasting impact of that storm will live on a lot longer, all because of an act of kindness among strangers.

Adais Viruet and her family have lived in their Brewer neighborhood for about three years. In that time, they've grown close with a number of their elderly neighbors, who Viruet says have helped her family tremendously. One of those neighbors is "Ms. Pat," the woman who lives in the brown-shingled house right across a small stretch of green grass. Viruet says last Wednesday, her children came running to her after a tree fell on Ms. Pat's house.

"We were expecting the wind storm. We just weren’t expecting a whole tree to fall on my neighbor’s house," Viruet expressed to NEWS CENTER Maine.

RELATED: Strong winds cause trouble on land and on water

At that point, Ms. Pat wasn't home—but when she arrived and walked inside, Viruet says Ms. Pat was shocked and frightened to see a tree staring back at her. Ms. Pat lost her husband about two years ago, and Viruet's spouse was out of town. So, Viruet took to Facebook asking for help.

"I put a post out to the universe, kind of like a plea for help, and the whole community answered. That’s when we found Josh," Viruet recalled.

Total stranger, Josh Ouellette from Glenburn, offered to come lend a hand at no cost. Ouellette told NEWS CENTER Maine that he had lost power at his shop and was bored waiting for a delivery. He decided to log onto Facebook and saw Viruet's post, which one of his friends had shared. From there, he felt compelled to do something.

"It really felt like I could at least be an encouragement to the widowed lady," Ouellette expressed to NEWS CENTER Maine, noting that, for him, this situation felt like a sign from God. "You know, I didn’t know her, didn’t know her name or anything."

Last Wednesday, a widowed woman and her neighbor put out a call for help on Facebook after a tree fell on the widow's home during a storm. A stranger from Glenburn responded, resulting in a new friendship. Read more on @newscentermaine: https://t.co/gFpN8SYaFC pic.twitter.com/GUGLpbimEQ

Viruet says that when she posted on Facebook, she was primarily looking for some kind of quote, as to how much tree removal service would cost, but Ouellette refused to take any money. After all, he wasn't planning to take the entire tree down, since all he had with him was a small saw—but that tool became what Viruet calls the "little saw that could," completely clearing the tree from Ms. Pat's home.

"I just sort of said a little prayer and, you know, felt like I wanted to keep going," Ouellette said emotionally.

"I don’t think he realizes how much he’s done," Viruet emphasized. "I’m going to school. I would’ve had to max out my credit card. I don’t think I would’ve done another semester, and Ms. Pat was able to sleep safely in her home."

Left to show from that Wednesday storm now are just a couple of marks on Ms. Pat's house, some sawdust, and an expected friendship that began with a simple act of kindness.

"I think we get caught up in the business of our own lives, and sometimes there’s nothing more discouraging than your own problems," Ouellette noted.

Ms. Pat was too nervous to speak on camera, but she says she is also very grateful for Ouellette's help. These women say they just wanted to make sure he was recognized in some way.