A 70,000 square-ft vertical greenhouse will produce 1 million pounds of produce per year to the city and surrounding areas. 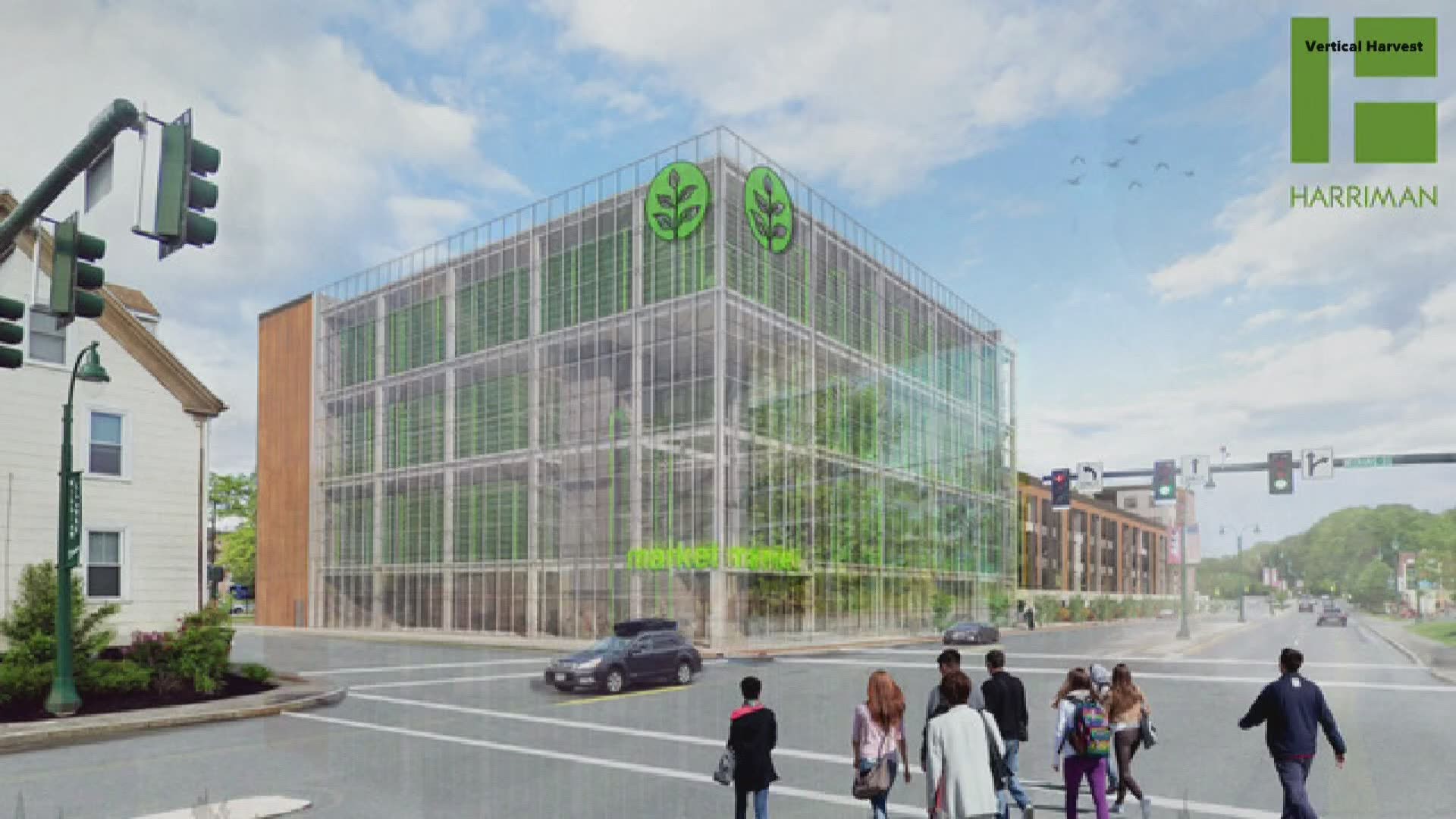 WESTBROOK, Maine — The City of Westbrook will soon be growing produce a little differently. Starting in the spring of 2021, a company called Vertical Harvest will begin building a vertical greenhouse on Mechanic Street.

The planned 70,000 square ft facility will initially grow a variety of microgreens and lettuce. The company estimates the greenhouse will produce 1 million pounds of produce per year to the city and surrounding areas.

Westbrook will be the company’s second location in the United States. The co-founder said she came up with the vertical idea after realizing the need for fresh produce year-round in an urban setting.