Mainers born on the state's birthday, March 15, can sign up online to be a 'capsule keeper.' 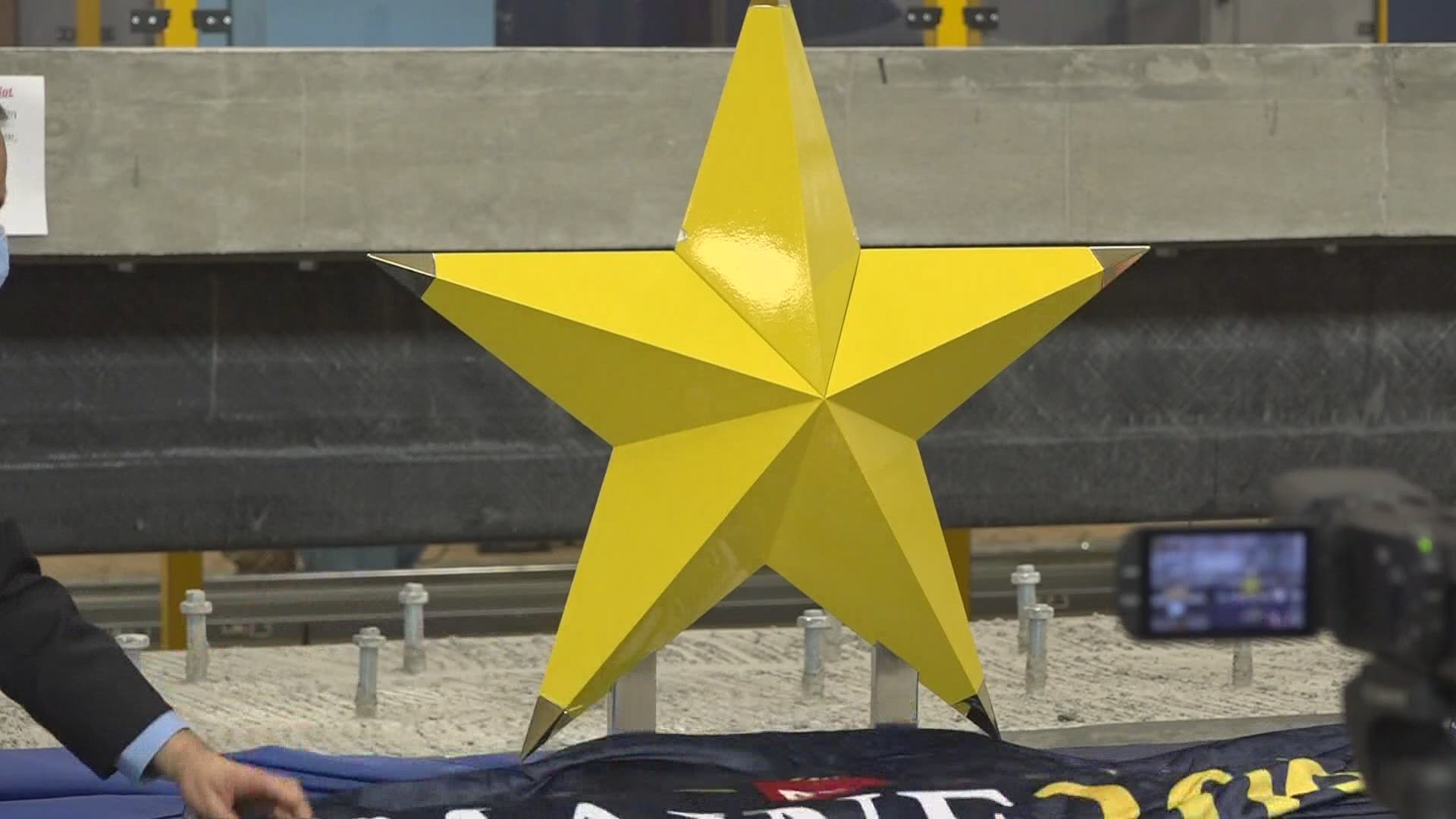 ORONO, Maine — The University of Maine Composites Center unveiled a 3D-printed Dirigo star Monday that will become part of a larger time capsule to be opened in the year 2120.

The star will be put on top of a tapered cabinet which will serve as the capsule. It won't be buried, instead, housed at the Maine State Library. The Bicentennial Commission will choose small items to seal in a cylinder that will be placed inside the star.

“The North Star that this capsule is modeled after has been a constant guide to the people who lived on this land before and since statehood. It’s meant to symbolize our state’s leadership, but today, it also shines a light on the talent and innovation that has been produced by our flagship university since 1865 and increasingly is elevating Maine in our nation and around the globe,” said President Ferrini-Mundy, who is also the University of Maine System Vice Chancellor for Research and Innovation.

“We are honored to present this gift made by our faculty, staff, and students to the people of Maine, and proud that it will be on public display in Augusta for the coming century as a reminder of what the people of this great state are capable of creating together and the central role of innovation in our past, present, and future.”

Also sealed inside will be the names of Mainers, called capsule keepers, who share a birthday with Maine. Anyone with a birthday on March 15 is invited to sign up to be a keeper here.

"All Mainers who were born of March 15 will be the keepers,” Senator Bill Diamond, Chairman of the Maine Bicentennial Commission, said.

Today is Maine Statehood Day! To celebrate Maine’s 201 anniversary the @UMComposites team made a 3D printed Dirigo Star that will be part of a time capsule, created for the @OfficialME200. The unveiling will happen soon! #NEWSCENTERmaine pic.twitter.com/a53E2vwS8O