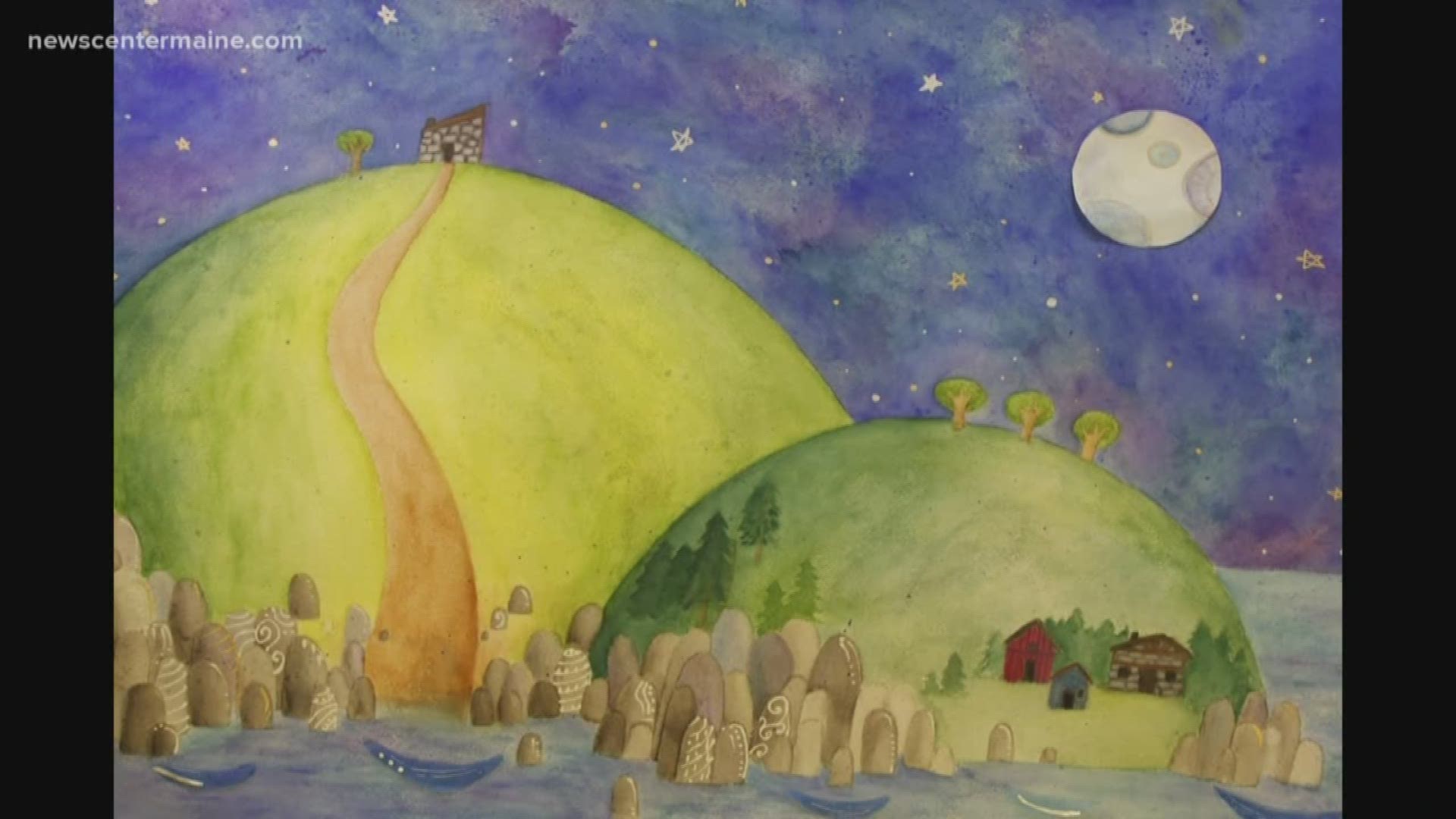 FARMINGTON, Maine — A pair of teenage twin girls from the town of Temple are already making their mark on Maine's arts scene.

Recently, the sisters presented their short animated film Ocean Child at the Waterville "Variety!" show and it blew the audience away.

"We used stop motion animation," says Isabelle Rogers, "which is the style film-making where you take thousands of photographs to create the illusion of movement."

The 18-year-old twins say they took more than 3,000 photographs of their hand-painted sets.

In three weeks, the twins created "Ocean Child," just in time to submit it to the Maine Student Film and Video Festival, which is part of the Maine International Film Festival. The film won the festival's Huey Award.

"It's inspired by the selkie legend," says Isabelle. "It's a legend of a human type form that's a creature that can turn into a seal. They're usually on the coast of Ireland and Scotland, but also on the coast of Maine, which I thought was very cool."

The four-minute film is created specifically to accompany a song the twins co-wrote.

The song begins, "There once was a girl and she lived by the sea, the land was queer and old, shrouded by mystery. She lived all alone, not a family to her name, heart was fierce and bold, by her eyes were calm and tame."

The twins had never created a film before, but say they are constantly looking for new artistic challenges.

You can watch 'Ocean Child' in its entirety by clicking here.

RELATED: The State Theatre's made it to a big anniversary