Trends Explained: How the 'Toddler Challenge' is teaching a lesson in delayed gratification

Toddlers and small children are the ones being put to the test in this social media challenge, but everyone is benefitting from the 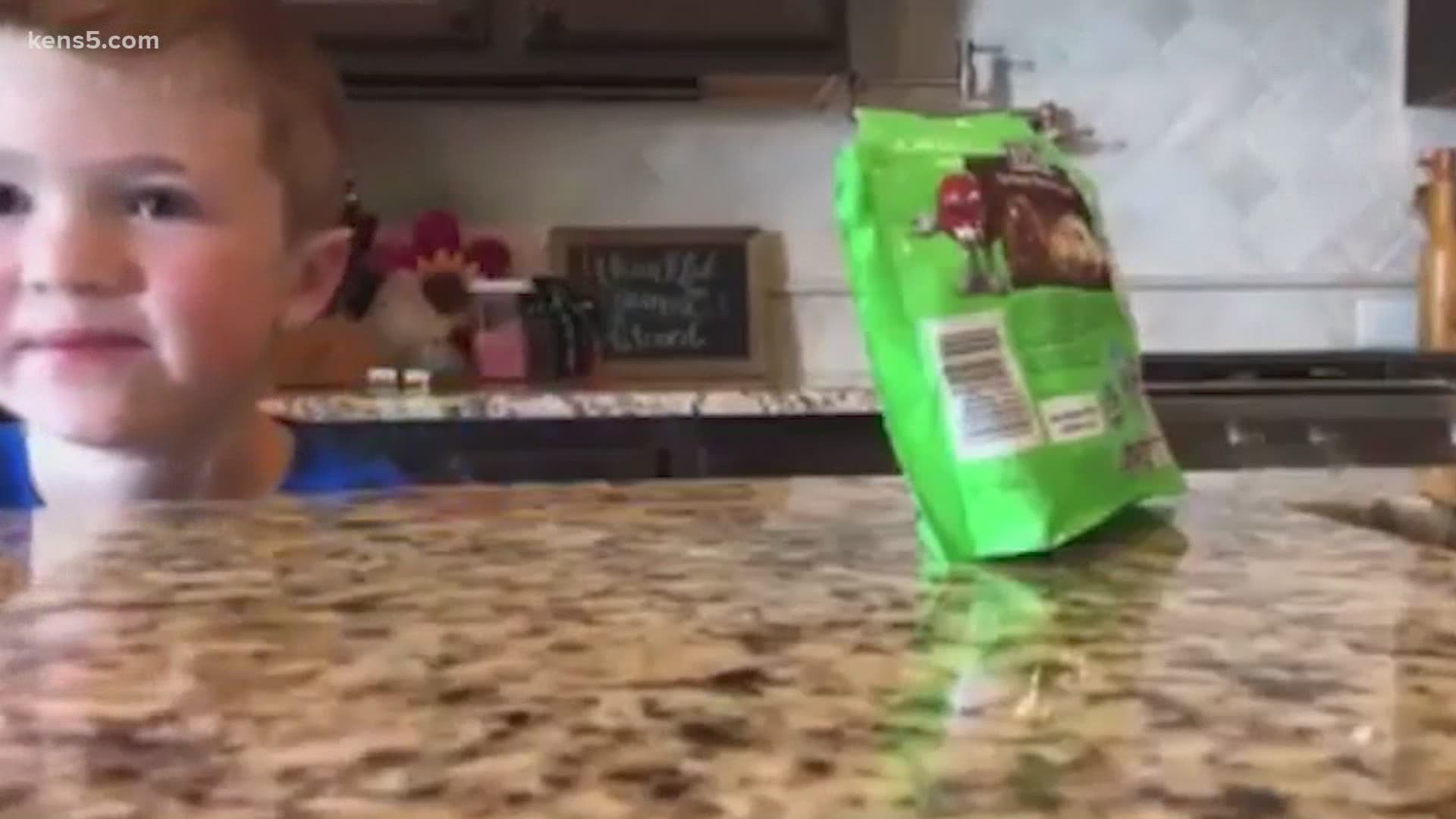 SAN ANTONIO — As states throughout the country begin to loosen restrictions and move into varying phases of reopening businesses, many health officials and local leaders are stressing the importance of delayed gratification.

Delayed gratification is defined by Encyclopedia Britannica as 'the act of resisting an impulse to take an immediately available reward in the hope of obtaining a more-valued reward in the future.' It is seen as something that is essential to self-regulation and self-control.

With so much time spent indoors over the past several weeks, we've seen people adopt new hobbies, skills, techniques... the list goes on, as they seek to keep themselves entertained. And of course, everything has been captured on film and shared online. The most recent social media trend, however, is coming from a surprising source-- the parents of toddlers.

It's referred to as the 'Toddler Challenge.' Celebrity parents like Gabrielle Union, Jessie James Decker, Kylie Jenner, and more are getting a kick of putting their little ones to the test.

While it may be referred to online as the 'Toddler Challenge,' at its essence it's really the Stanford Marshmallow Experiment.

The Stanford Marshmallow Experiment was a psychology study in delayed gratification. Small children are offered the choice between one small, but immediate reward or multiple rewards if they wait for a short period of time. The children are then left alone to make the decision.

We put our KENS 5 families to the test and the results were hilarious.