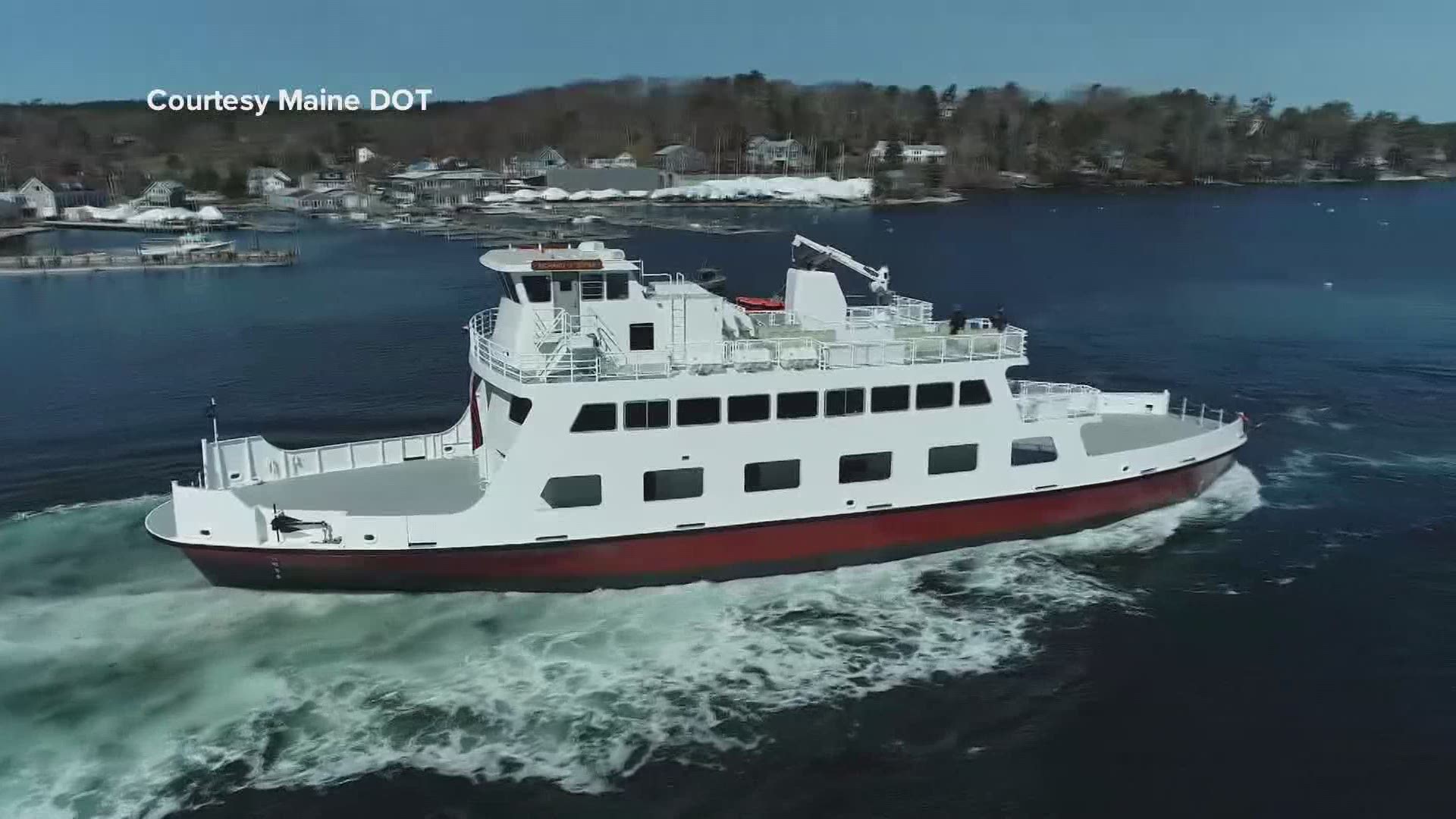 BOOTHBAY, Maine — There may have been a lot of nervous moments Friday for the president of the Washburn and Doughty Shipyard.

She was breathing easier by then, after the new Maine State Ferry Service boat, Captain Richard G. Spear finally slid down the ways and into the Damariscotta River.

For about 15 minutes, Maddox and some others must have wondered if the 154-foot ferry would move at all, as the big steel ferry seemed reluctant to leave the space where it was built. Finally, with intense work by the launch crew and steady pulling from a tugboat in the river, the Captain Spear slowly edged out until gravity and grease on the ways took over. Then, with horns in the harbor blasting, she slid into the sunlight for the first time and the saltwater rose along her hull.

It was a big moment for the shipyard and the Maine DOT, which hasn’t built a new ferry in Maine since 1993.

“Obviously we have an obligation to go out to bid and get value for the taxpayers,” said DOT Commissioner Bruce Van Note, “but I can tell you when it comes to a Maine firm right here in East Boothbay…it's really fantastic to know Maine people built this Maine vessel to serve Maine people.”

The new ferry is named for Maine Maritime Academy graduate Richard Spear, who was the first person hired by the Maine State Ferry Service and was its manager for 30 years.

Washburn and Doughty is nationally known as a builder of tugboats that work all over the world, but Maddox said building the new ferry was a privilege.

“It means everything, it's wonderful to build these boats in Maine, with Maine craftsmen. It’s a real sense of pride for builders to see our boats on the water in Maine.”

The new ferry needs some final work, followed by sea trials, and is then expected to start work on Penobscot Bay, making the daily runs between Rockland and Vinalhaven. Those are the same water the vessel’s namesake sailed for decades, piloting earlier ferries.

The MDOT said the Captain Richard Spear is designed to carry up to 23 cars and 250 passengers and cost about $10.9 million. Ferries have a 30-year lifespan, said Van Note, and the DOT is already planning to go out for bid on another vessel this summer, at about the same time the new one begins its long work life.