Skowhegan has nine options to chose from for its new mascot

The school district retired the Indian name and mascot last year. Now, the students and the school board will vote in a new one. 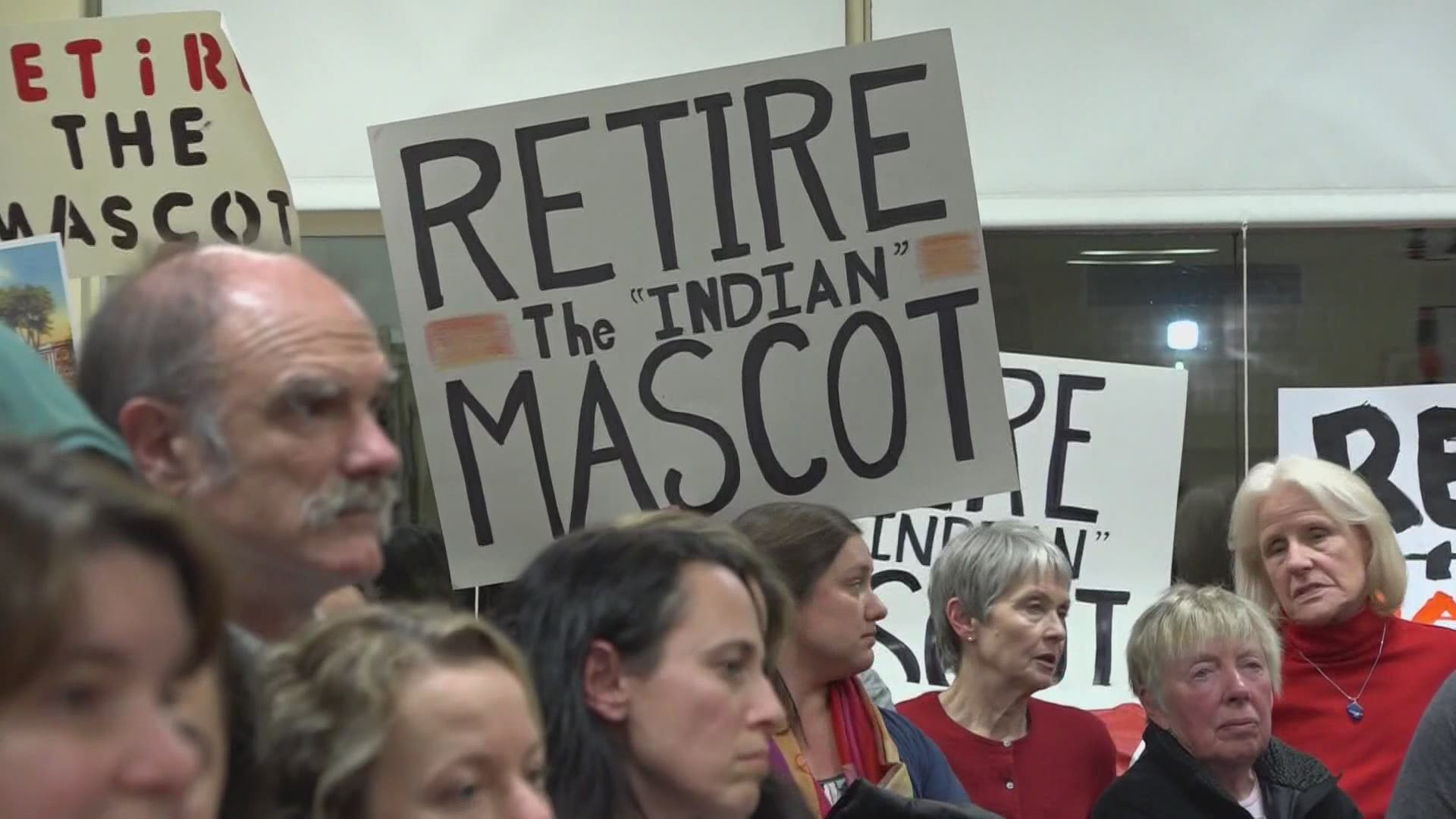 SKOWHEGAN, Maine — Much like an Oscar, or Emmy award show, students, parents, and community members were anticipating the nominees for a new mascot.

For generations, Skowhegan's high school teams were the Indians, but last March, the school board voted 14 to nine to remove the mascot and name from the school.

Since then, hundreds and hundreds of submissions were sent in for a new mascot. After months of going through them all, school officials have narrowed the choices to nine.

Athletic Director Jon Christopher doesn't have much to do with this process, but he says nothing else will change besides the mascot name.

“The colors stay the same, Skowhegan stays the same it’s really just implementing whatever it is and over time people will accept whatever it is," Christopher added.

The Indian name is beloved by many in the area. Junior soccer, basketball, and softball player Reese Danforth wishes her school could keep the name."

‘I would rather if we stayed Indians, but of course, that’s not happening," she said.

Instead, Danforth, other student-athletes, and community members alike will need to get used to whatever name is picked from these options:

Remaining as just "Skowhegan", with no mascot, like the school's teams did this past year.

With no hesitation, Danforth said she would prefer the Thunder mascot.

“It gives us the most options too for run-out songs, and personally I think it sounds the best.”

Run-out songs that could include, "Thunderstruck" by AC/DC or "Thunder" by Imagine Dragons.

"There are so many options," Danforth added.

Getting used to the new nickname won't happen overnight, Christopher mentioned. Seniors and juniors in high school spent years competing as the Indians, some having parents, and grandparents who played under the same nickname.

At the next school board meeting on August 6, plans will be presented on how students in grades six through 12 can vote on their favorite mascot.

Then, the school board will look at the results, and make a decision.

“(The students' vote) is really advising them on what the students want. It doesn’t necessarily mean they have to go with that, they have the ultimate decision," Christopher added.

Christopher said the students will have a few weeks in August to vote, hopefully announcing a new mascot before the fall sports season...if there is one.