To celebrate his retirement, Saco bus driver, Bruce Audie decided to do something special for his students. A detour to Garside's Ice Cream. 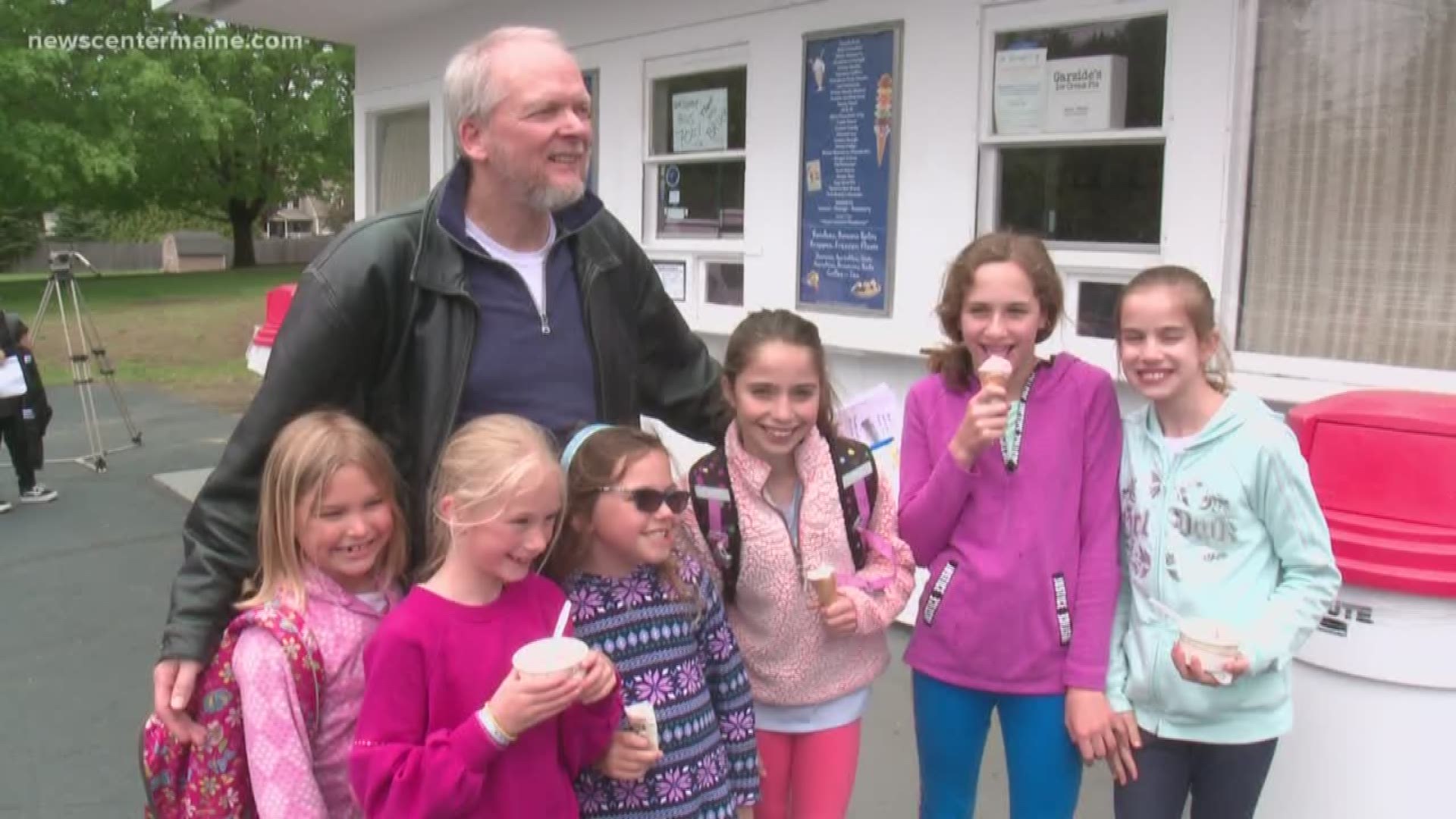 SACO, Maine — Bus 705 was rolling along it's regular route, down Ferry Road in Saco, Wednesday, when it took a detour.

At it's new stop, bus driver Bruce Audie stood by, as one by one 65 kids jumped off the bus.

Bruce has been driving Saco school kids for 5 and 1/2 years.

"I greet everyone of them every single day on and off the bus" Audie says.

Bruce, a retired 37 year veteran of the Biddeford Police Department, decided to retire this year, from his second career, as a bus driver.

He thought what better way to celebrate, then at Garside's Ice Cream, a landmark Audie points out to his students almost every day on their drive.

Audie would joke with the kids on the bus and say "hey let's stop for ice cream", but the seasonal ice cream shop was mostly closed during the school year.

But it's open now.

"They chant, they let out ice cream, ice cream and I couldn't not do it."

The kids ordered ice cream cones, any flavor, with sprinkles or without...all paid for by Bruce and his wife.

"I have the best families and kids," Audie said tearing up.

Bruce means a lot to the kids.

Keira Mcveigh says "I think he's really nice, he actually let us have free ice cream. A lot of bus drivers wouldn't do that."

Tessa's mom, Abby Purvis, said "one day they were ahead of schedule and instead of dropping them off early he kinda pulled over and talked to the them, he always wanted the kids to know he cared for them."

Audie does care and it shows.

"They have so much light in their lives already and I just want to add a little bit of light, that's all."

The ice cream field trip was a sweet, generous gesture these kids, Bruce and the Saco community won't soon forget.

Audie's wife is retiring next year. He says the time is right.  "We have plans that we've been looking forward to for years."