Running for a cause, and a community

Gary Dolloff of Rumford has a goal to run 2,132 miles as part of the "Run the Year" challenge 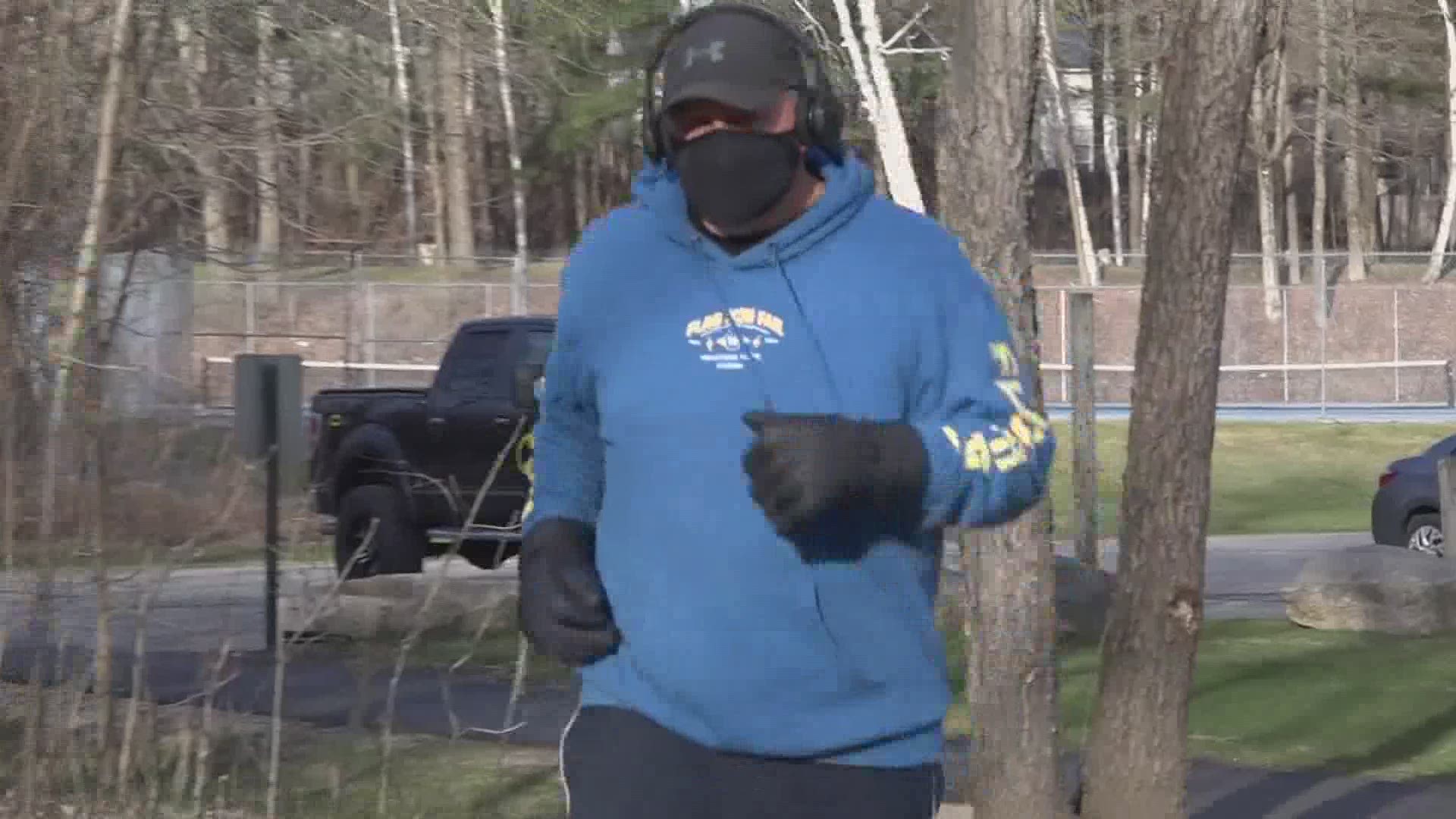 RUMFORD, Maine — Gary Dolloff has lived in Rumford for most of his life and is always looking for ways to make his community better.

Now, Dolloff is participating in the "Run the Year" challenge, which entails running 2,021 miles in 2021.

But instead of running 2,021 miles this year, Dolloff is challenging himself a bit more and he will be running 2,132 miles. That's the distance between Rumford, Maine, and Austin, Texas, which is where his daughter lives. He has been tracking his progress based on the number of miles he's run so far, he's currently "in" West Virginia.

Not only is Dolloff running every day to reach this personal goal, but he's also raising money for Operation Reboot Outdoors, a nonprofit that gets veterans outdoors to try to combat the suicide rate among veterans.

Gary Dolloff of Rumford is always doing something for his community. Now, he's participating in the "run the year" challenge and running 2021 miles in 2021, and raising money and awareness for Operation Reboot while still highlighting the good in his hometown #NEWSCENTERmaine pic.twitter.com/ZI0dYWGaxK

"Gary Dolloff is what I like to call a giver. He's one of those guys who takes care of everybody," Dan Waite, Operation Reboot Outdoors founder said.

Dolloff said that "giver" mentality comes from his grandmother, who took in eight kids when Dolloff's mom died. He added she was always giving back to others in the Rumford community, and he wanted to continue her legacy.

Now he does the same with charity events or dressing up to put a smile on kids' faces.

He said he doesn't like to see the bad reputation Rumford seems to have, being on lists for the most dangerous cities in Maine.

"I hated to see that, I don't like seeing that at all," he added.

Dolloff's impact is felt across the greater Rumford area, too.

"It means a lot to reboot it's all going to go right into the veteran's home in Byron," Waite said.

Dolloff has raised about $4,000 so far, if you want to donate you can do so by contacting him on Facebook.