Erin Dupee sent the letter to the Scarborough Police Department hoping it would remind officers of the importance of their jobs and inspire other survivors. 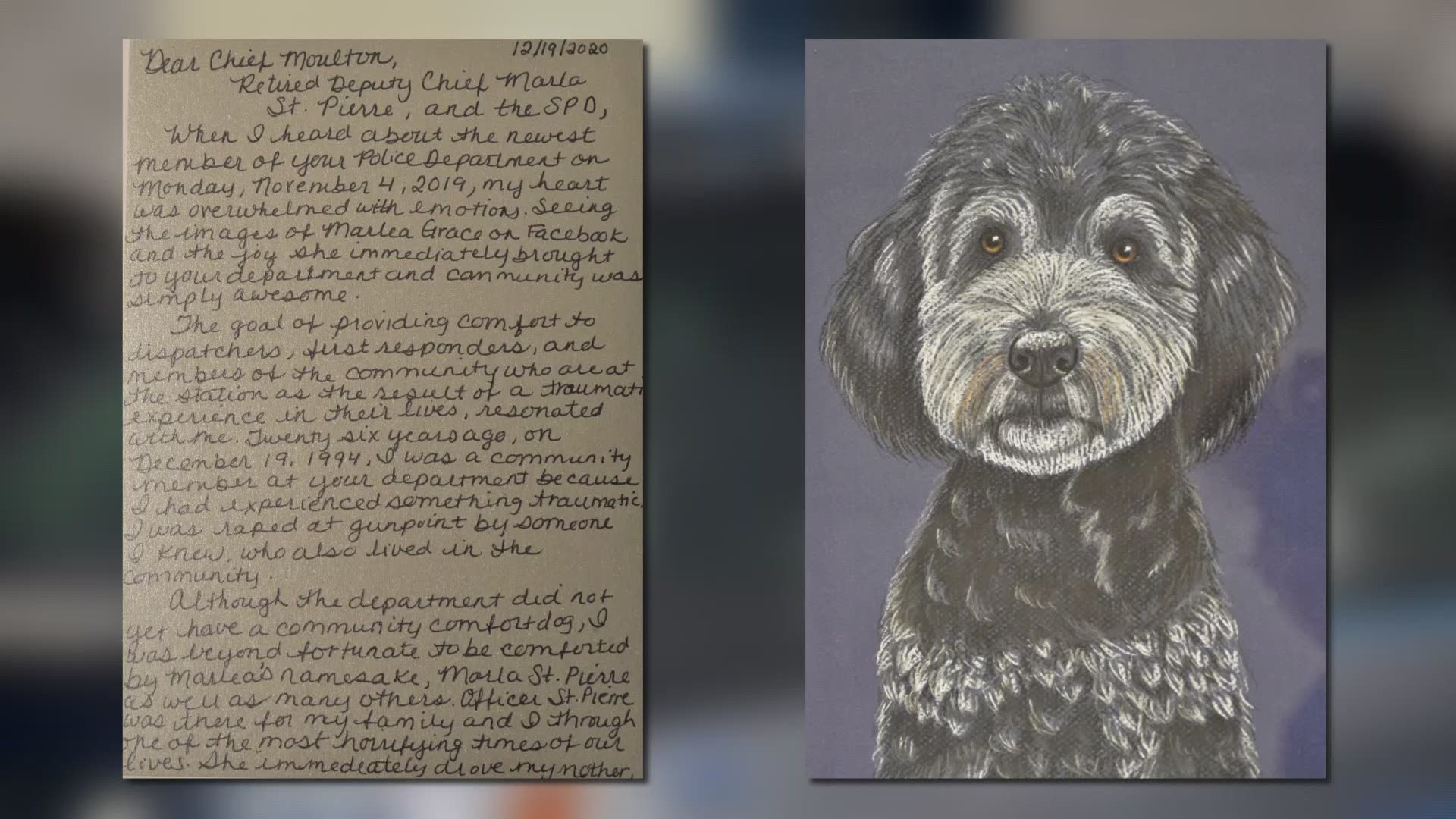 SCARBOROUGH, Maine — A Maine woman who survived a traumatic rape 26 years ago is now thanking the police department she says supported her through the darkest moment of her life.

Erin Dupee, who was sexually assaulted at gunpoint back in December 1994, gave a letter and drawing to the Scarborough Police Department earlier this month on the anniversary of the assault.

She said she did so after she saw the department had a new comfort dog, Marlea, named after the officer that helped her, now retired Deputy Chief Marla St. Pierre.

"It's important to tell my story because I can't imagine where I'd be today if I hadn't told and gotten the support I did," Dupee told NEWS CENTER Maine.

RELATED: Overall crime in Maine continued decline in 2019, but reports of rape, arson up significantly

Dupee said St. Pierre went above and beyond for her and her family, and she had been meaning to find a way to say thank years.

She delivered the three-page handwritten note and a drawing of Marlea she had made to the department hoping it would remind officers of the importance of their jobs.

"They need to know that what they do is great, what they do is important, and the words that they say in these traumatic moments, people will carry through for a lifetime," Dupee said.

Scarborough Police Chief Robbie Moulton said he was surprised by the gift.

He said the department decided to get a comfort dog a year ago to help support officers, visitors, and others, including those in recovery through the department's Operation HOPE (Heroin-Opiate Prevention Effort).

"It would be easy to, 26 years later, just want to move on and never deal with that again so I applaud her for wanting to help other people," Moulton said.

Since Moulton shared Dupee's story on the department's Facebook page, she has received messages from all over her community, including from other survivors.

If you or someone you love is a victim of sexual assault or rape, there is help.

You can call Maine's Sexual Assault Helpline at 1-800-871-7741. You can also find more resources through the Maine Coalition Against Sexual Assault and Sexual Response Services of Southern Maine.