Jesse Harvey, 28, was found dead in his home on Monday, the Portland Press Herald reports. 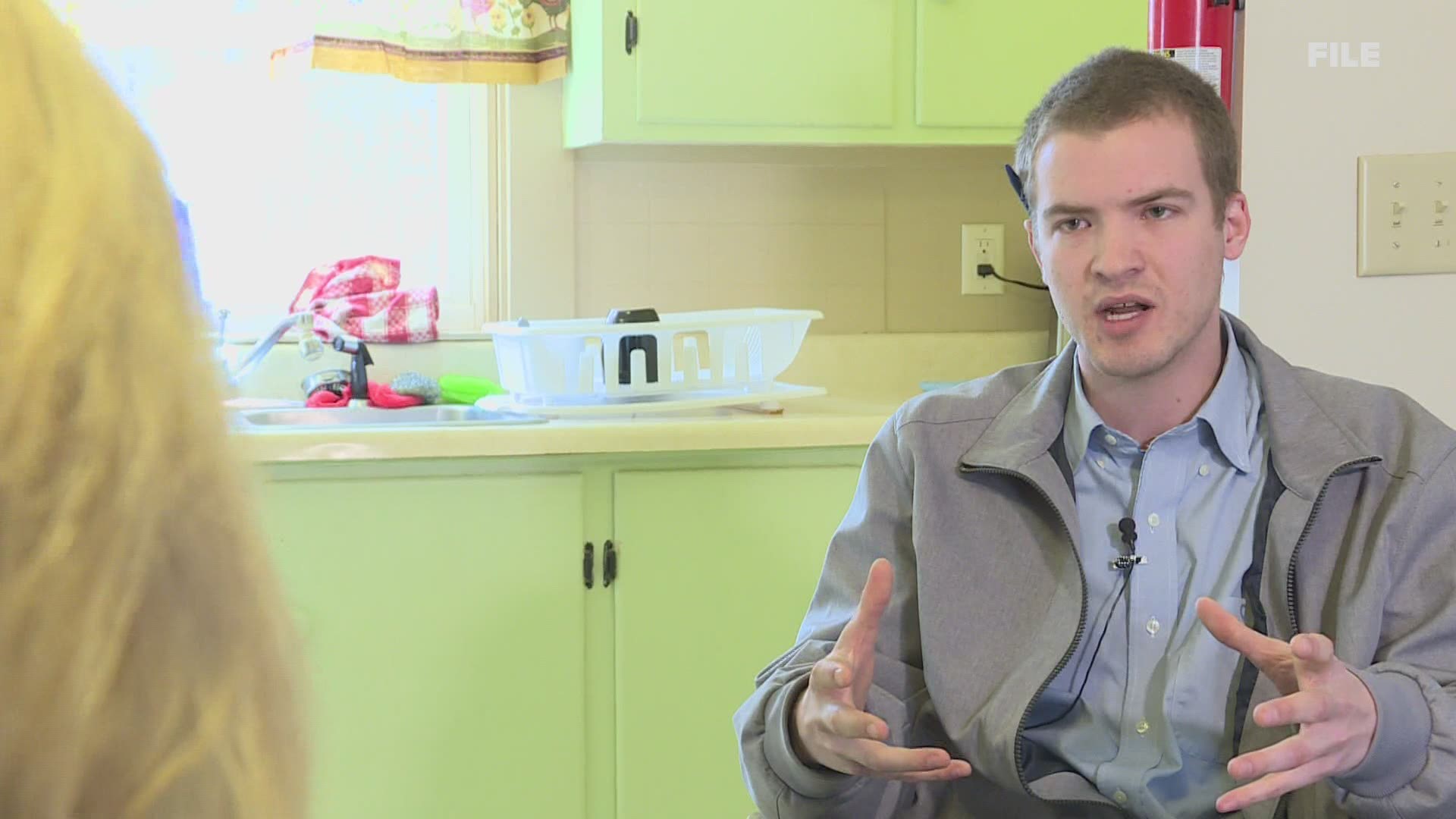 MAINE, USA — Jesse Harvey a well-known Maine recovery advocate and founder of the Church of Safe Injection, died Monday of a possible overdose, according to the Press Herald.

The 28-year-old was found dead in his home on Douglas St. in Portland.

According to the Portland Press Herald, Portland Police are investigating Harvey’s death. Lt. Robert Martin said Tuesday that Harvey died of a “possible overdose because of drug paraphernalia that was present.”

The medical examiner’s office is conducting an autopsy to determine Harvey’s cause of death.

Harvey was a vocal advocate for needle exchange programs, as well as safe-injection sites to prevent fatal overdoses. He created a mobile operation to distribute sterile needles, which he called the Church of Safe Injection. He helped found a non-profit that provides affordable housing for people in recovery called Journey House. In early 2019, Harvey attracted a lot of local media attention in Maine in early 2019 when he convened a 'Church of Safe Injection'.

When Harvey spoke to Lee Goldberg in 2018,  he didn't want people to do drugs, but if they are going to do them, he wanted to help make it as safe as possible. Harvey felt like there needed to be another choice besides get sober, or die.

"What's happened here in Maine, 418 people died (2017), nationally, 72-thousand people died. There is a third choice, harm reduction.  And it is sanctioned by the CDC, AMA, world health organization, all of the largest bodies of health medical professionals, because it saves lives, saves money, and helps people get better" said Harvey.

In September of 2018, Harvey opened up the Church of Safe Injection. In the 5 months that followed, the church had 18 branches covering 8 different states.

"It's in the Bible, the Koran, the Torah, all of the religious texts, showing care and concern and compassion for marginalized and dis-empowered people"

Harvey's life was not without struggle with his own issues.

In August 2019, Harvey crashed into a car and failed a sobriety test, then the next day, allegedly assaulted a nurse at a hospital while under the influence of drugs. He was arrested.

Harvey, who has posted bail at the time, responded to the charges against him in a text message.

"I'm sorry to all those who I've hurt. I'm not trying to hide anything," he said. "I am facing criminal charges. People who know me know that I am not a violent person. I'd ask that people reserve judgment until I'm tried and convicted, but it is their right to judge me now if they so choose."

A vigil will be held to honor Harvey's life and commitment to make his community better. It will take place Saturday, September 19 at 6 PM

RELATED: Welcome to the Church Of Safe Injection

RELATED: For The Church of Safe Injection, laws get in the way of ministry