Picasso kept in Maine house closet for 50 years is sold

The website liveauctioneers.com reported the sale price was $150,000, plus a 24% buyer's premium 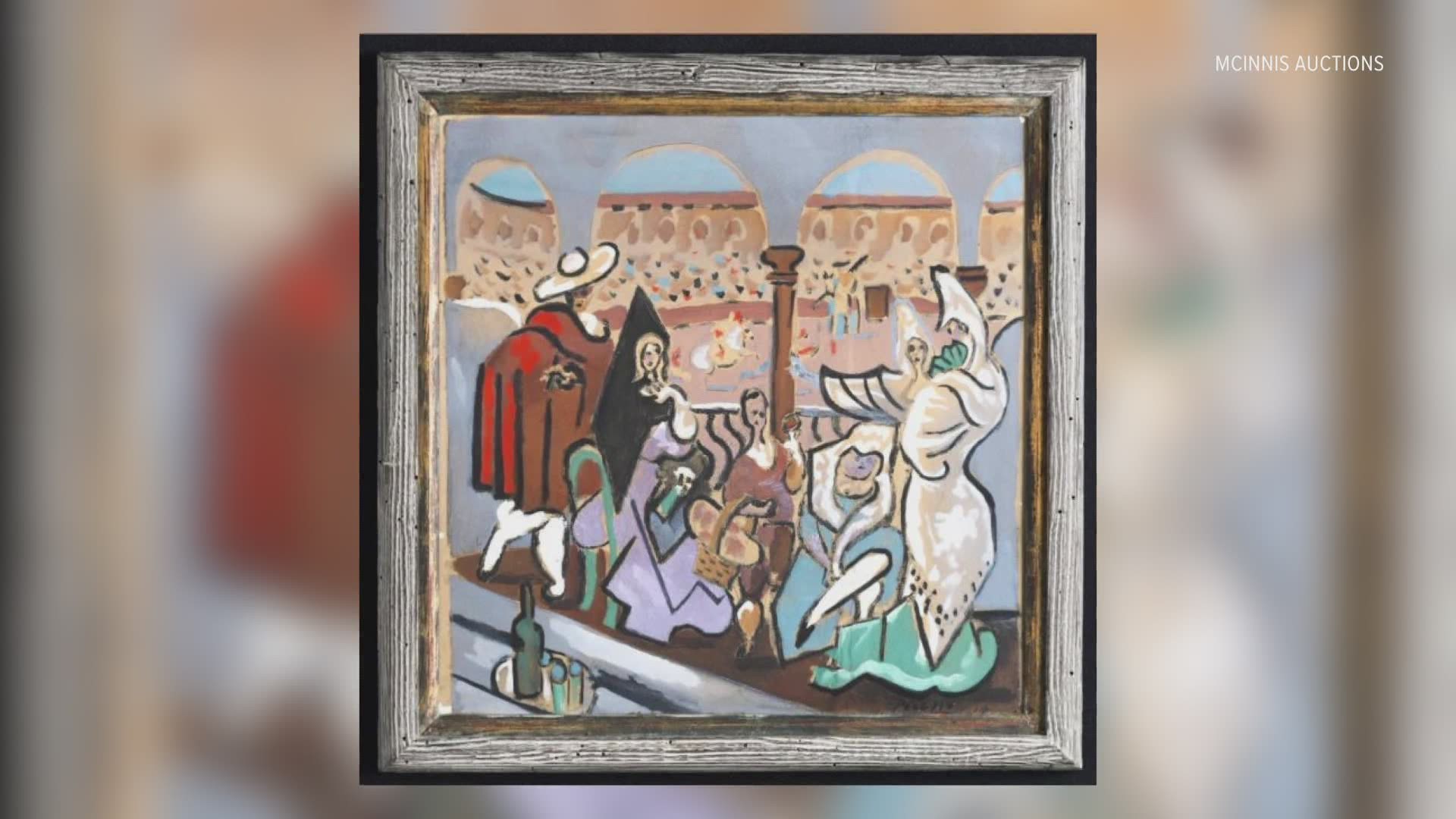 AMESBURY, Mass. — A painting attributed to Pablo Picasso has been sold after spending 50 years in a closet in a house in Maine.

The 16 x 16 inch painting is believed to be a study for the stage curtain Picasso painted for a ballet of the same name that debuted in 1919.

The website liveauctioneers.com reported the sale price was $150,000, plus a 24% buyer's premium. Neither the buyer nor the seller was named, but in a statement, the seller said the painting was inherited from a female relative who studied art in Europe in the 1920s.