Sept. 23 is National Dogs in Politics Day. Mrs. Bush's Millie was one both the nation and Maine knew well. 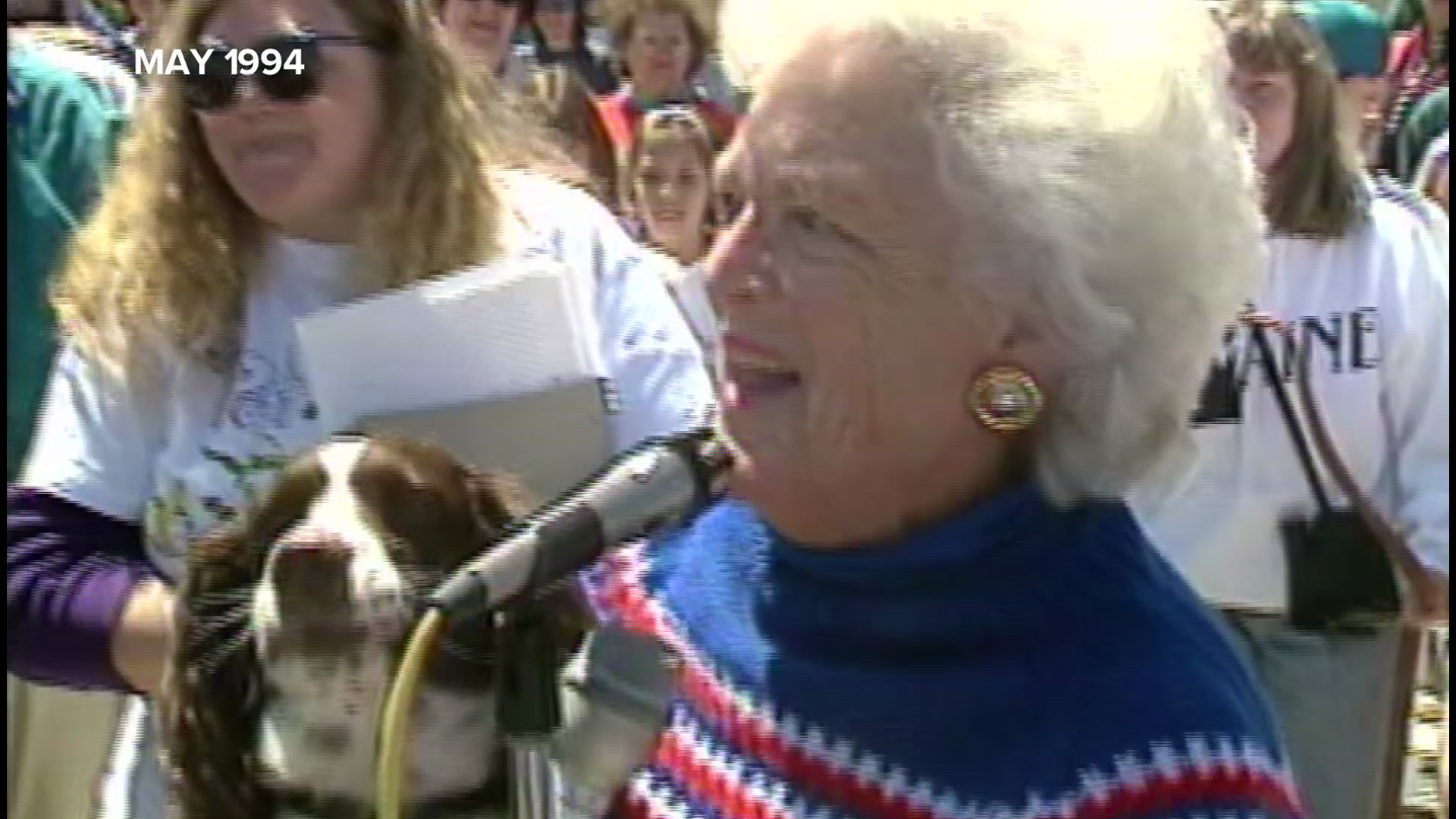 KENNEBUNKPORT, Maine — As the old saying goes, "If you want a friend in Washington, get a dog." George H.W. Bush is one of the many president to take that advice to heart.

Sept. 23 is set aside as National Dogs in Politics Day to celebrate all of those good boys and girls that left their paw prints on American history.

Even by White House standards, the Bush family's Springer Spaniel was especially ambitious. Not content to merely play fetch and roll over on command, Millie lent her name to a bestselling book.

"Millie's Book" was actually written by First Lady Barbara Bush. It gave readers a tour of the White House from a dog's eye view.

Just like her owners, Millie spent her summers at the Bush family home in Kennebunkport. Their busy social schedule in May 1994 included a benefit walk in Portland alongside the First Lady to raise money for the Center for Grieving Children. And Millie was again in Maine when she died at the age of 12 in May 1997.

We've filled the first slot in our Mt. Rushmore of presidential pooches, but there are still three more to go.

Most everything about Pres. Abraham Lincoln has a legendary aura, and his dog is no exception. Fido was a yellow mixed breed. He captured the public's hearts so completely that his name practically became a catch-all term for all dogs.

How much did Pres. Franklin Roosevelt love his Scottish Terrier, Fala? Their bond extended beyond death. The two of them are buried within yards of each other. And a sculpture of Fala was even included in the Roosevelt Memorial in Washington, D.C.

There are a few recent contenders for the fourth and final slot on the canine Rushmore. A chocolate Labrador Retriever named Buddy was a comfort to Pres. Bill Clinton in hard times. When it came to dogs, Pres. George W. Bush took after FDR more than his father with his Scottish Terrier, Barney. And the Portuguese Water Dog, Bo, was the fulfillment of a promise that Pres. Barack Obama made to his two daughters.

Which one of them completes our monument to pets in politics? This is a democracy, so the choice is yours!