Missing Florida dog found in Indiana after a month-long search

"Cass" went missing April 1 and was taken in by a woman who was living out of her van in St. Augustine. 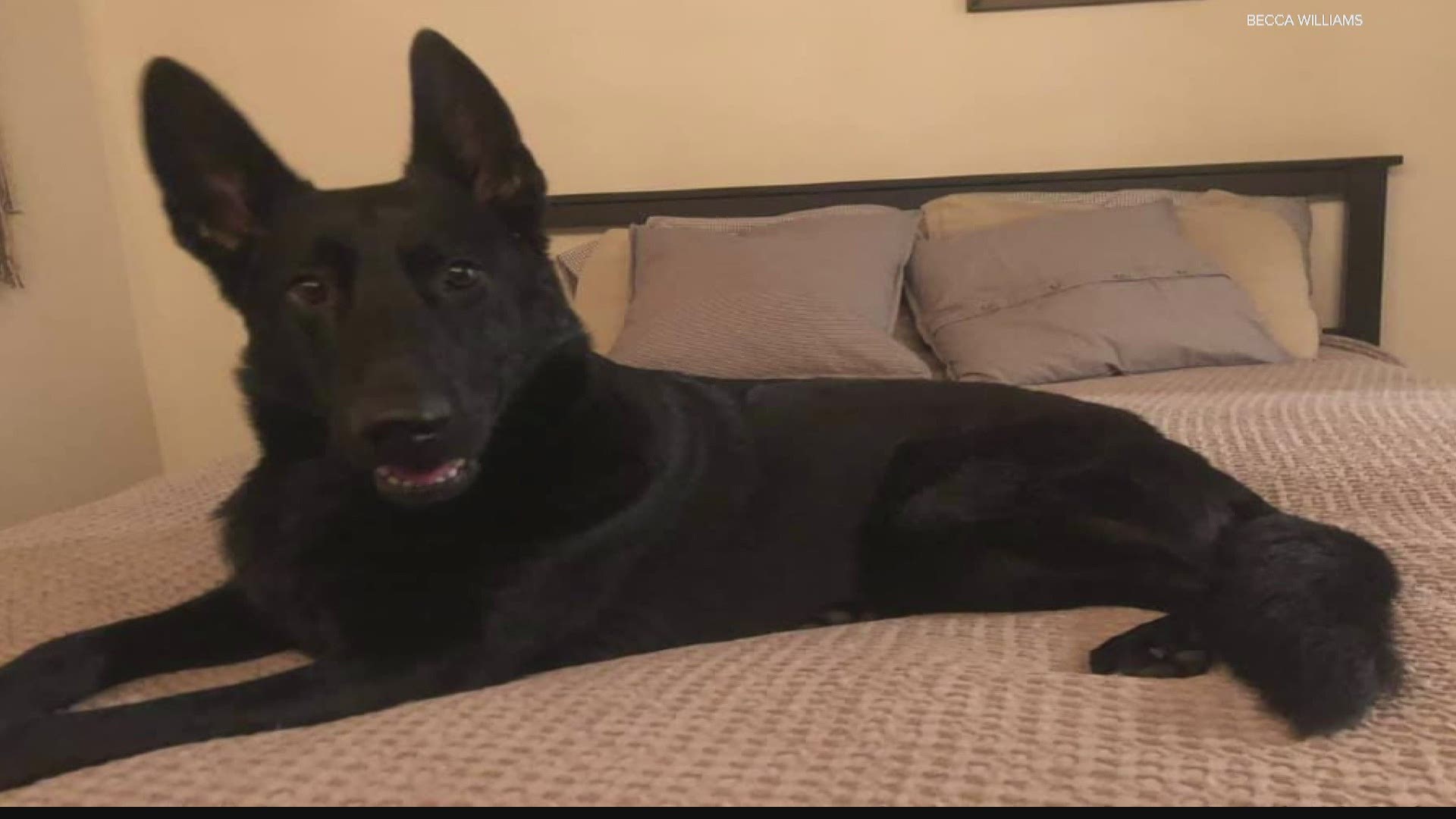 ST. AUGUSTINE, Fla. — A Florida woman is thrilled to be reunited with her dog after a month-long search that ended In Indiana.

Cass is a 3-year-old black German shepherd who lives with her best friend Becca Williams in St. Augustine.

On April 1, Cass slipped out a back door and didn't come back. Becca knew her well-trained pooch wouldn't run away.

"Usually if she's 20 feet in front of me, she turns around and runs back to me," Becca said.

Something wasn't right, especially as the day dragged with no sign of Cass.

"I was crying. I was so upset," Becca said. "I put up posters, called veterinarians and shelters and put it on Facebook."

She heard from an employee at a nearby gas station who saw a dog that looked like Cass playing with a woman and her young daughter for hours. They seemed to be living out of their van, but had since left.

Becca's "Finding Cass" Facebook page was getting lots of traction. She even tried psychics and offered a hefty reward with help from a GoFundMe page.

Then, nearly a month after Cass went missing, Becca got a call from an Indiana woman. A relative of hers living in a van had returned from St. Augustine with a "stray dog."

The woman knew the well-trained black German shepherd had to belong to someone. She did some searching, saw the Finding Cass page and called Becca, who was ecstatic.

But the woman who had Cass initially refused to give her up. Becca said she was convinced Cass was a stray and that "it was God's will she found the dog."

Ultimately though, she agreed to give Cass back. Sunday, Becca and her boyfriend left St. Augustine for the meeting point in Nashville, Tenn., which then changed to Seymour, Ind. The two drove 850 miles over 15 hours, a tiresome journey, but worth every minute.

Becca said when she saw Cass, the dog ran up and jumped on her, "squealing, crying and freaking out...I just had chills, I was crying. It was most pure moment I've ever had."

Since arriving home Tuesday, Becca said all Cass has done is sleep, "so I think she's finally at peace."

And the same would be true of Cass' best friend.