Flora is a Staffordshire Terrier and Boxer mix who came to Maine in August from Georgia. 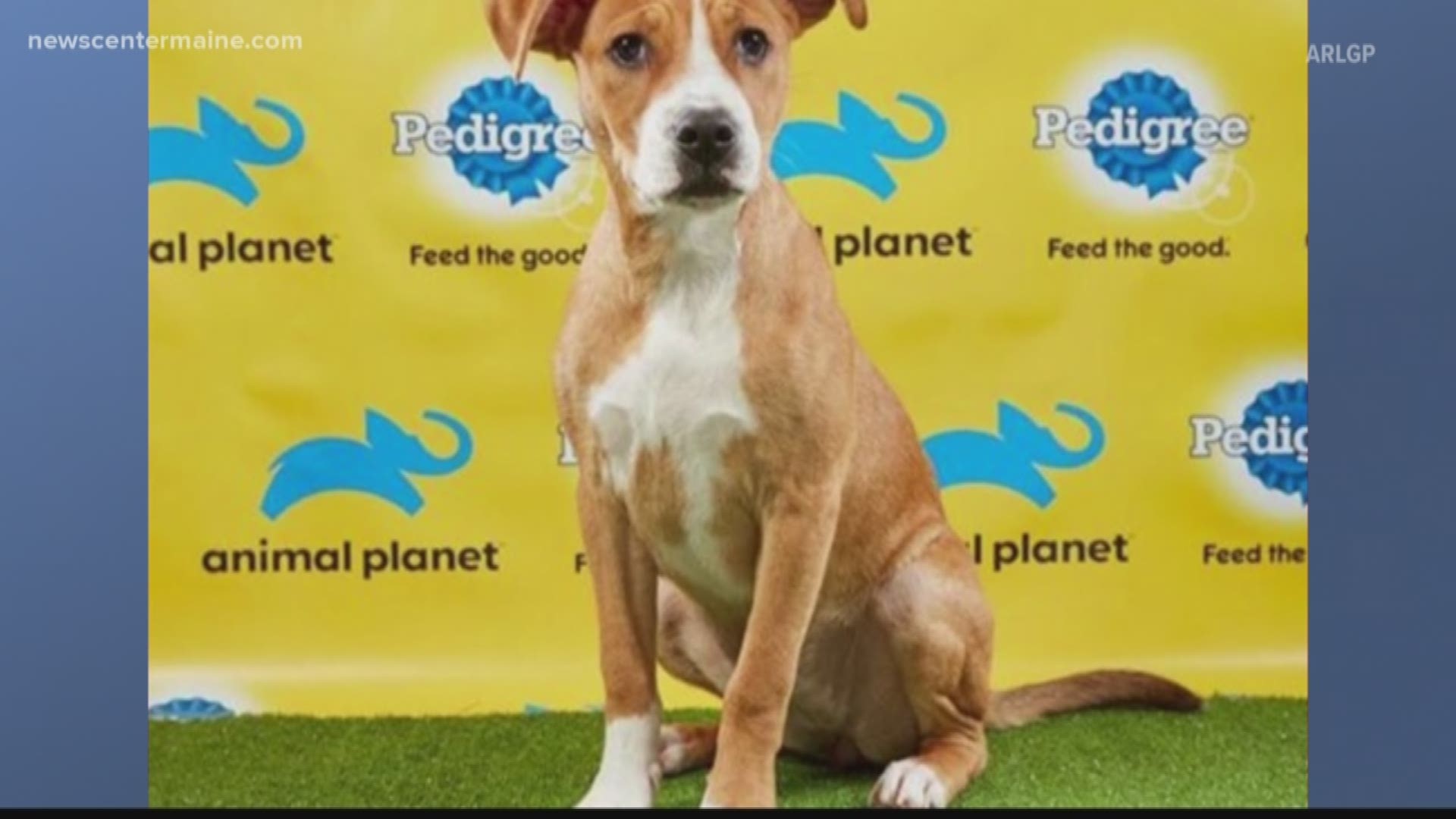 A puppy from the Animal Refuge League of Greater Portland is part of the starting line-up for Animal Planet's Puppy Bowl this February.

Flora is a Staffordshire Terrier and Boxer mix who came to Maine in August from Georgia.

Flora made her big trip to New York City last fall to compete in the Puppy Bowl that will air on Animal Planet on Feb. 3 ahead of Super Bowl LIII.

Officials at ARLGP say Flora, "dazzled the crowd with her quick moves and fancy paw-work, making her an official Team Fluff starting pup-ster."

This is the second year in a row that a puppy from ARLGP has gone to Animal Planet's Puppy Bowl.

RELATED: Cutest athlete on the field this Sunday comes from Maine

Flora is basking in her television glory and enjoying her retirement with her adoptive family in Portland.