According to the legal notice, Fisher broke one leg, had the other amputated, suffered a hip fracture, and has been at Northern Light EMMC for more than 2 months. 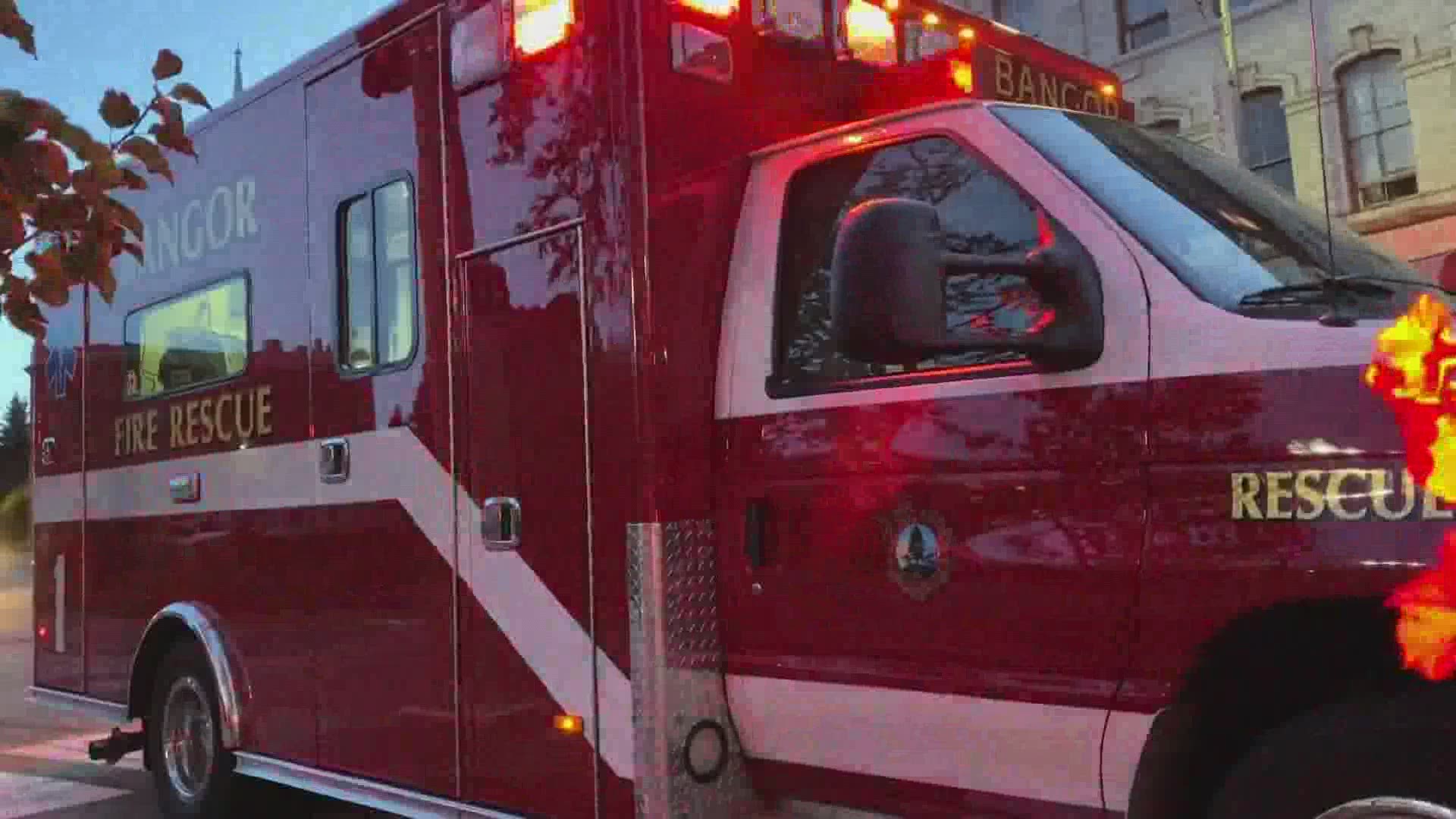 BANGOR, Maine — Two months ago, a 73-year-old woman from California, Amarylis Fisher, came to Bangor to admire the statue of Paul Bunyan and walk by Stephen King's house.

"She is a world traveler. She's been to Russia, former Soviet Union satellite countries, India, South America, and even Antarctica, so she couldn't go out of the country because of COVID so Bangor was the choice," Leonard Burnett, Fisher's brother said.

"The house is going through escrow, so she said she didn't want to stay in a hotel in Rancho Mirage and wait until it would go through escrow...so she would travel," Burnett said.

Her vacation was cut short when she was hit by a Community Connector bus in downtown Bangor.

NEWS CENTER Maine received legal documents filed with the City of Bangor for damages that total $15,000,000 for now.

According to the legal notice, Fisher broke one leg, had the other amputated, suffered a hip fracture, and multiple skin grafts, all of which will leave her with thousands of dollars in medical bills.

The $15 million will cover her:

"Initially, they told her the only rehab they had at the hospital was 'intense.' They call it three hours a day. They said, 'you can't do three hours a day.' She said,  'Why not?' They were thinking about moving her to a nursing home where they have a 'low' intense rehab, one hour a day, and she said, 'I can do the three hours a day,' so she's been in rehab for over a week," Burnett said.

The Bangor Police Department confirmed to NEWS CENTER Maine that a traffic citation has been given out to the driver of the bus, after she was found at fault.

The crash report of this accident says the driver "was southbound making a right turn and failed to yield right-of-way. Pedestrian Amarylis Fisher, was crossing roadway prior to the crash and sustained a suspected serious injury."

The crash report also indicated that the driver proceeded to turn right onto Main Street from Hammond Street and felt an impact. "She advised she believed she struck the light pole that is at the corner of the intersection."

Amarylis Fisher's attorney Charles Gilbert has filed a legal notice with the City of Bangor, plans to sue for 15-Million dollars.

In a statement to NEWS CENTER Maine, Gilberts said: "We are hard at work to look for and establish all the possible insurance coverage and exceptions to immunity out there but this is a case where the initial presentation is the city saying we only have limited insurance."

Here in Maine, under the 'The Maine Tort Claims Act', you can sue the cities or towns for incidents/injuries/wrongdoings they have caused you, but it puts a maximum cap of $400,000 dollars. There is a caveat to that if the state or municipality has obtained insurance coverage, then that $400,000 cap grows to what the City of Bangor's insurance company has.

Attorney Frederick Costlow, who is representing the City of Bangor, told News Center Maine he cannot comment on the case now.

"As you are aware, Ms. Fisher served a Notice of Claim regarding the unfortunate bus accident occurring in August. As there is the potential for litigation, I cannot comment on the case itself. I will say, however, that the City and everyone connected with this matter wishes Ms. Fisher the best in her recovery," Costlow said.

The Superintendent of the Community Connector bus service in Bangor also declined to comment.

Good spirit and good attitude has helped Amarylis Fisher in the process of healing.