The story of the Old Port Batman

Keith Dinsmore, also known as the Old Port Batman, holds the world record for the cosplayer with the most functional gadgets. 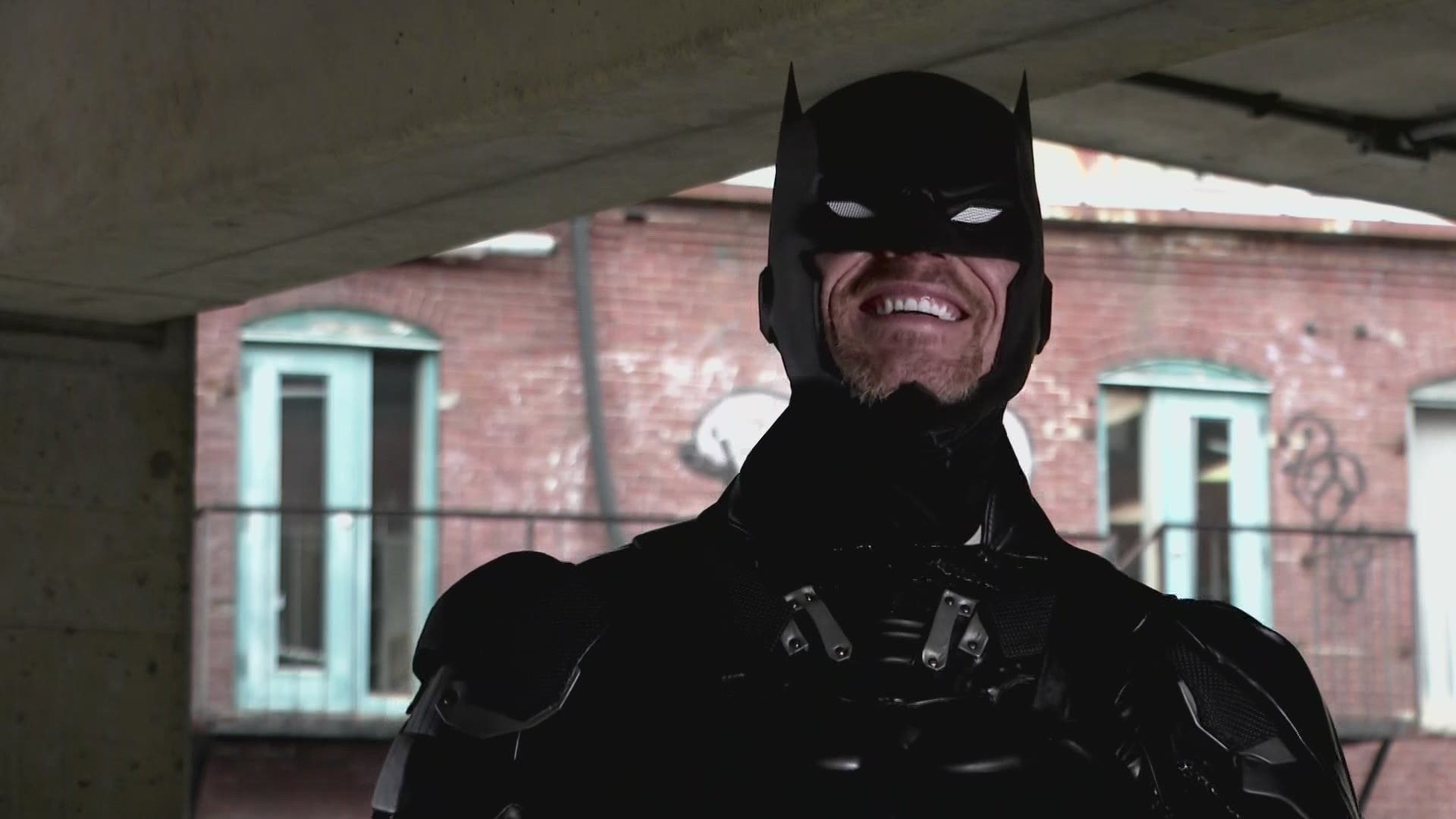 PORTLAND, Maine — If you spend any amount of time in Portland's Old Port, you've probably seen him.

Some call him the Dark Knight, the Caped Crusader, or the Gotham Guardian, but his real name is Keith Dinsmore, and he's a Batman cosplayer who currently lives in Limerick.

Dinsmore has suited up in the cosplay for years and decided to bring a bit of joy to the Old Port one night after work by walking around as Batman to take photos with fans.

"I decided to take on the costume of Batman to bring joy to my neighborhood and made it my entire life."

Dinsmore and his wife, Mollie, who also cosplays as Batgirl, said they use their costumes for charity work and enjoy seeing kids meet their heroes.

"I've tried to use the character to try to bring a lot of good, especially through our charity work and getting to meet a lot of the young kids at the events we do. They really take it to a whole other level."

Mollie explained to us that Keith grew up in and out of foster care growing up and always looked up to Batman as someone who overcame hurt and despair and the loss of parents. She said he's been making Batman costumes out of cardboard since a young age and enjoys bringing the same joy Batman brings him to others through their charity work.

"It reminds me of back when I was nine years old and I met my first batman. It's all come full circle, and now I get to be the hero."

Dinsmore's passion for the hero even earned him a spot in the Guinness Book of World Records for owning 30 functional gadgets that are based on Batman.

"Even though the record states I am the cosplayer with the most functional gadgets, there's a lot more to it and I had to make sure that each and every item was based directly off of a gadget that Batman used in the comics or movies."

He won the record right before the pandemic hit in 2020, but still plans to top his own goal in the near future.