The Regional Communications Center in Augusta is short 10 people. The director said every 911 call will be answered, but said dispatchers are feeling burned out. 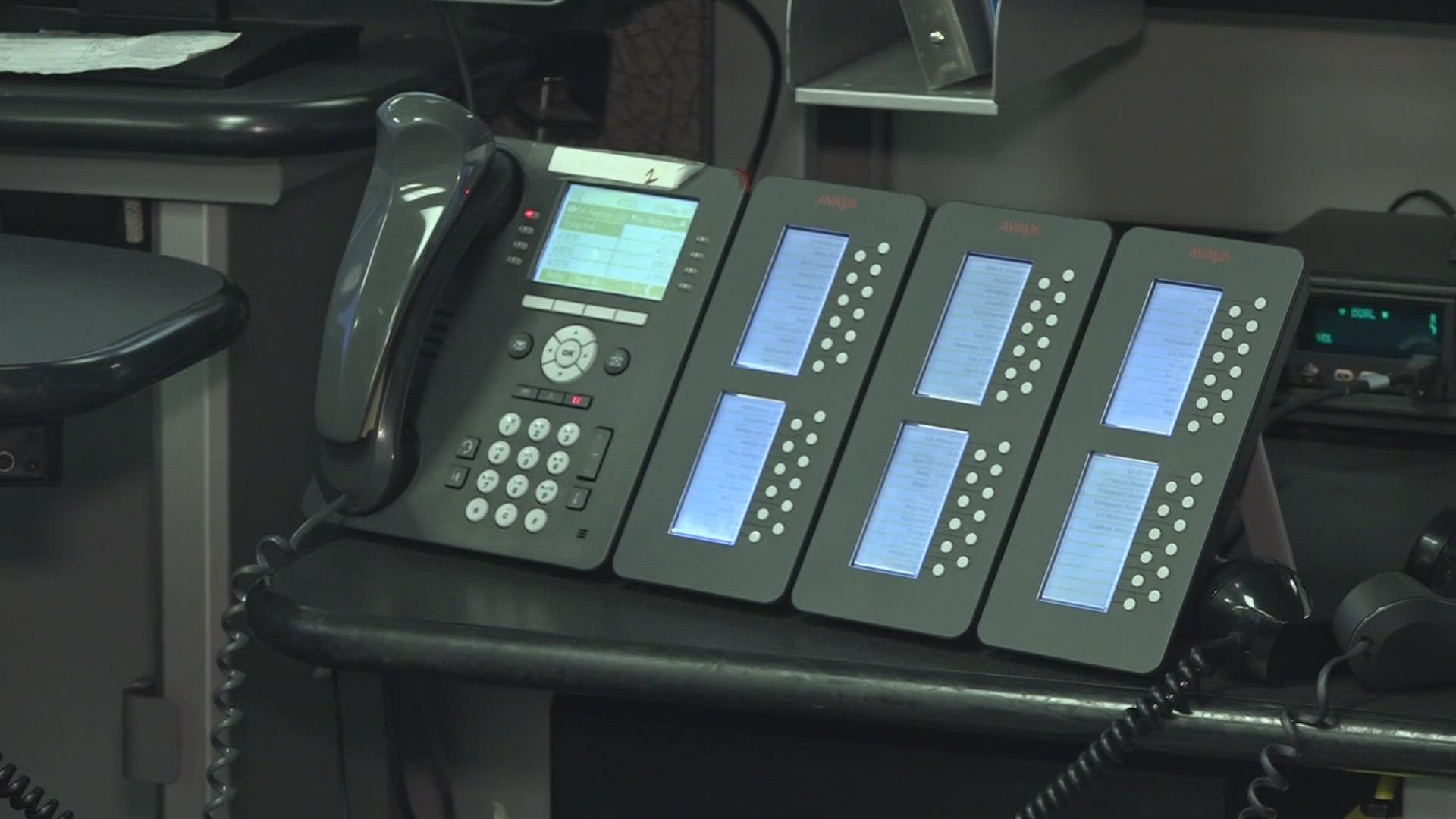 AUGUSTA, Maine — Some 911 dispatch centers in Maine are struggling with staffing.

The Regional Communications Center in Augusta is short 10 people. Dispatchers are feeling burned out, and Maine Emergency Communications Director Brodie Hinckley said it is becoming a crisis.

Emergency medical dispatchers also fall under Governor Janet Mills' vaccine mandate. Hinckley said he is afraid more dispatchers will leave because of it.

"If they lose any more because of this, there could be some issues there," said Hinckley.

"No one calls us to say, 'Hey, hope you're having a great day,'" said Michael Labbe, operations manager at the Regional Communications Center in Augusta. "Everyone is calling us because it's their worst day."

Labbe said being a dispatcher is a tough job. He said it's something people who apply don't think about, which he said is another issue when it comes to hiring.

"A lot of people don't understand what exactly happens in here until they come in and sit down and see what's happening," Labbe said.

Both assure every 911 call will get answered. They just hope more people will join the team.

Hinckley said they are doing interviews on a weekly basis. Labbe said if you are interested, you should call to see if you can shadow to see what the job is all about.

The director of the Cumberland County Regional Communications Center said they are short four people and have had zero applicants.

She also said they have 11 dispatchers who are not vaccinated and said the center could potentially lose all 11 because of the mandate.

The Regional Communications Center in Augusta is short 10 people. The director said dispatchers are feeling burned out and state troopers are helping to fill shifts. He also fears he will lose more emergency medical dispatchers because of the vaccine mandate. @newscentermaine pic.twitter.com/rdoAo8d5g4