Putting a face on domestic abuse in Maine 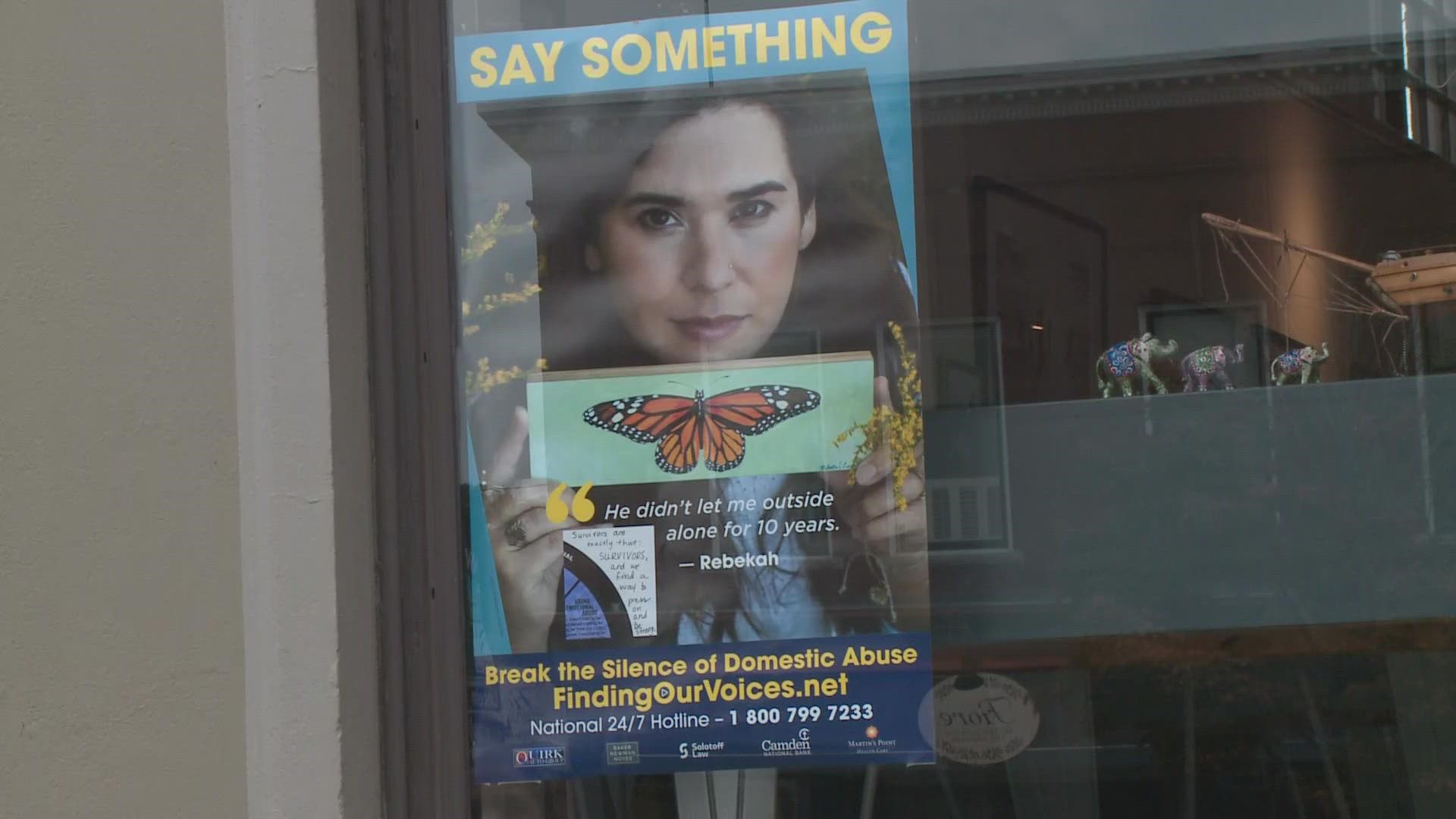 BRUNSWICK, Maine — Putting a face on domestic violence is the mission of a nonprofit working to break the cycle of domestic abuse in Maine.

This comes a week ahead of Domestic Violence Awareness Month. Survivors are putting up banners in storefronts in Brunswick, Yarmouth, Falmouth, and Portland that feature portraits and words of 40 Maine women, ages 18 to 81, all of who are domestic abuse survivors.

Patrisha McLean is a photojournalist who started the nonprofit Finding Our Voices after leaving an abusive marriage to musician Don McLean of "American Pie" fame. Now more than 1,600 posters are up in storefronts across Maine.

"They are putting their faces out there to help other women recognize the need to leave and heal from what they went through," McLean said.

Messages of strength and courage are also on display at this strip mall in Yarmouth. Survivors Eliza Conley-Lepene and Kerry Bowman are among the survivors depicted on the banners. Conley-Lepene created an app to help other people in crisis.

The bookmarks are also being placed in boxes in more than two dozen food pantries and in the police cruisers of 40 different police departments. Officers can pass them out when responding to domestic abuse calls.

"Women text us every day thanking us, saying it makes them feel less alone, it takes away the shame," McLean said.

She hopes the campaign is a first step to getting help and leaving an abusive relationship.