Presidents Obama, Bush, Clinton all to be in attendance at Rep. John Lewis' funeral, source says

President Obama is set to deliver the eulogy. Former Presidents Bill Clinton and George W. Bush will also be in attendance. 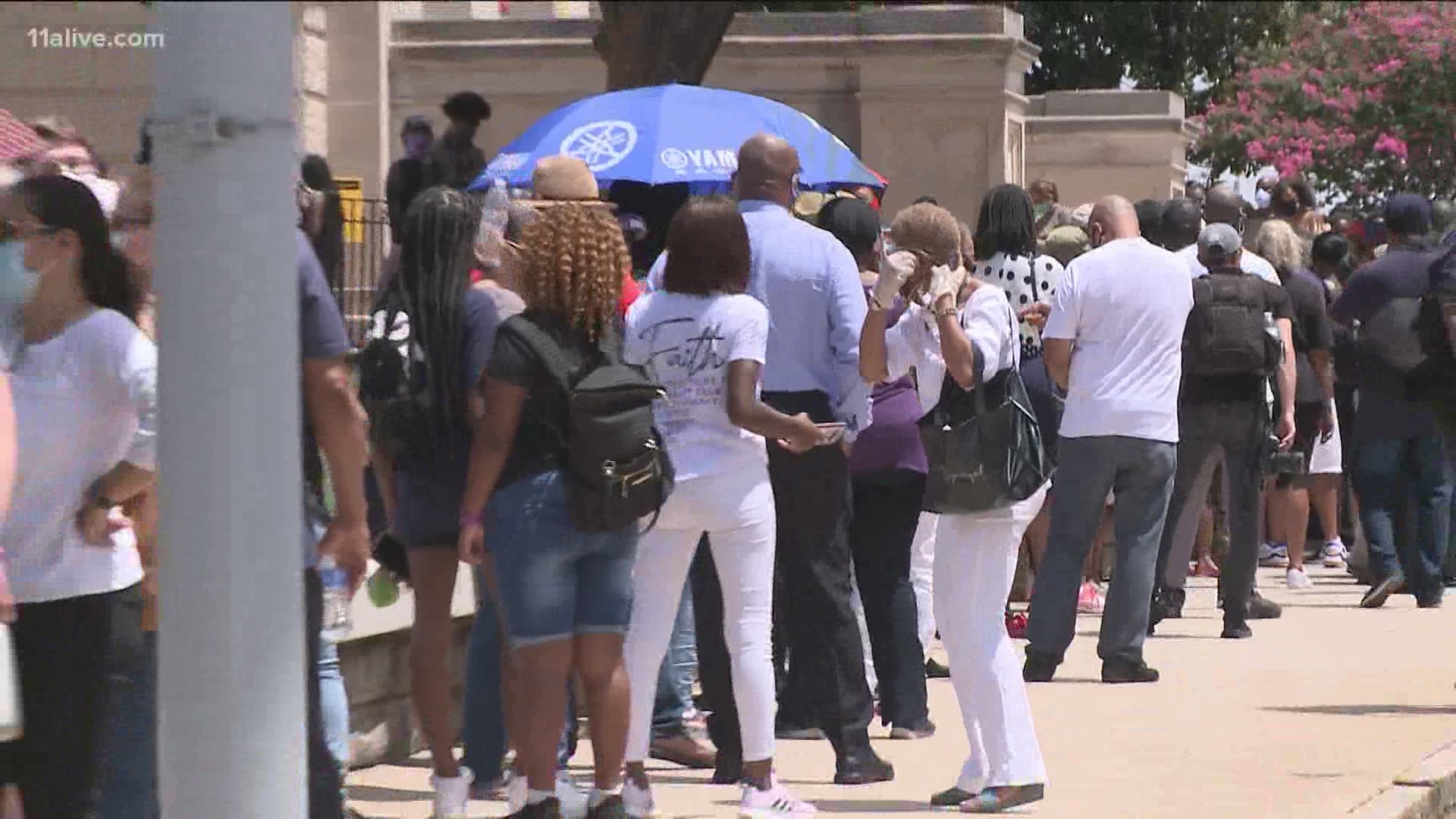 ATLANTA — Sources have confirmed to 11Alive that three former Presidents will attend the funeral services celebrating the life of Congressman John Lewis.

President Obama is set to deliver the eulogy for Lewis during the Thursday morning services at the historic Ebenezer Baptist Church. Former Presidents Bill Clinton and George W. Bush are also expected to be in attendance.

The private service for Lewis' will take place at 11 a.m. at Ebenezer Baptist Church Horizon Sanctuary. Given the COVID-19 pandemic and precautions, the event is not open to the public. An interment will take place at the South-View Cemetery following the service.

With the three former presidents in attendance, security is expected to be extremely tight in the area. Between 9:30 a.m. and 1 p.m., several roads near the church will be closed, including the following: Boulevard NE, Irwin Street, Edgewood Avenue and Jesse Hill Jr. Drive.

RELATED: These roads will be closed during Rep. John Lewis memorials in Atlanta

Lewis, a civil rights icon, died July 17, 2020 after serving serving the people of the 5th district of for 17 terms. The Georgia Democrat was 80 years old.

He is being honored with six days of celebration of life ceremonies spanning from his home state of Alabama, to Washington, D.C. where he served, and Atlanta - his adopted home town.

You can watch the funeral service for Rep. Lewis on 11Alive, on 11Alive.com and on the 11Alive YouTube channel.

1 / 24
AP
A military honor guard moves with the casket of Rep. John Lewis at the state capital, Wednesday, July 29, 2020, in Atlanta. Lewis, who carried the struggle against racial discrimination from Southern battlegrounds of the 1960s to the halls of Congress, died Friday, July 17, 2020. (AP Photo/John Bazemore, Pool)