Those who attended, including Senator Susan Collins, paid tribute to fallen military servicemen and women. 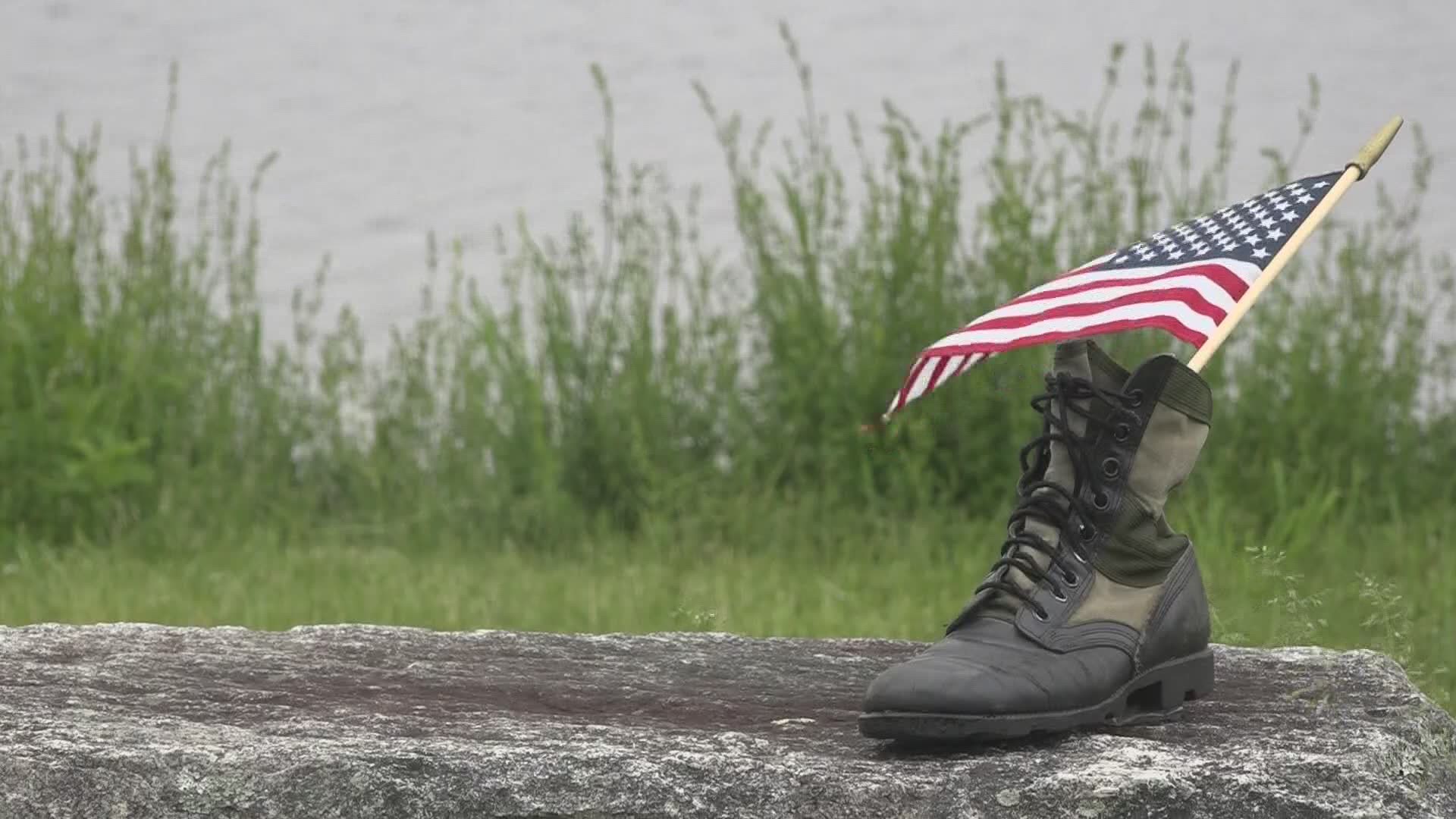 BANGOR, Maine — Bangor High School's Junior ROTC organized a Memorial Day ceremony on the Bangor Waterfront for community members to pay tribute to those who lost their lives defending our country.

Those who attended paid tribute to fallen military service members, and the freedoms we all enjoy because of their sacrifice.

Among those in attendance, Senator Susan Collins.

"This year even though we didn't have the usual parade, to be able to have this very touching Memorial Day celebration with people from all generations stopping to honor those who served, whether it's serving in the military, or as a firefighter or police officer was really meaningful," said Sen. Collins.

A ceremony at the Bangor waterfront honors veterans who made the ultimate sacrifice for our freedoms. #NEWSCENTERmaine #MemorialDay pic.twitter.com/vfBPmQftBz

Senator Collins reminded people in her remarks at the ceremony, that the Bangor Junior ROTC is one of the longest-running military training programs in the country.

"Today we remember those who have fallen and cannot be here today with us, but we are here to celebrate in liberty and peace," said Bangor city council chair Dan Tremble.

Despite the gloomy weather, families gathered to honor veterans and servicemen, and women.

"To be able to have this very touching memorial day celebration with people from all generations stopping to honor those who serve," said Sen. Collins.

"It's better to remember the past and not forget what we've already been through, so we don't have to go through it again," said 14-year-old Henry Fisher.

"May God bless our heroes and may God bless the United States of America!" said Sen. Collins.

A "Rolling Memorial Day Review" gathered in Brewer and a caravan drove past Bangor and Brewer's historical memorials. Te caravan members honked and waved American flags to the residents who live at the Veterans' Home in Bangor, and came back to Brewer for a rally.

People say they were there to remember what service members and veterans sacrificed for the country we live in today.

Christine Madore brought her 5-year-old along.

"I think it's really important that she understands the reason why we have certain freedoms, and we are able to have the lifestyle and live the way that we do. It's not just because...it's mainly because there's people who've laid down their lives for us," said Madore.

A #MemorialDay caravan is passing by the @MaineVets Home in Bangor! Folks are honking and waving flags to the veterans who live inside! 🇺🇸 #NEWSCENTERmaine pic.twitter.com/d7xSHFUuFB