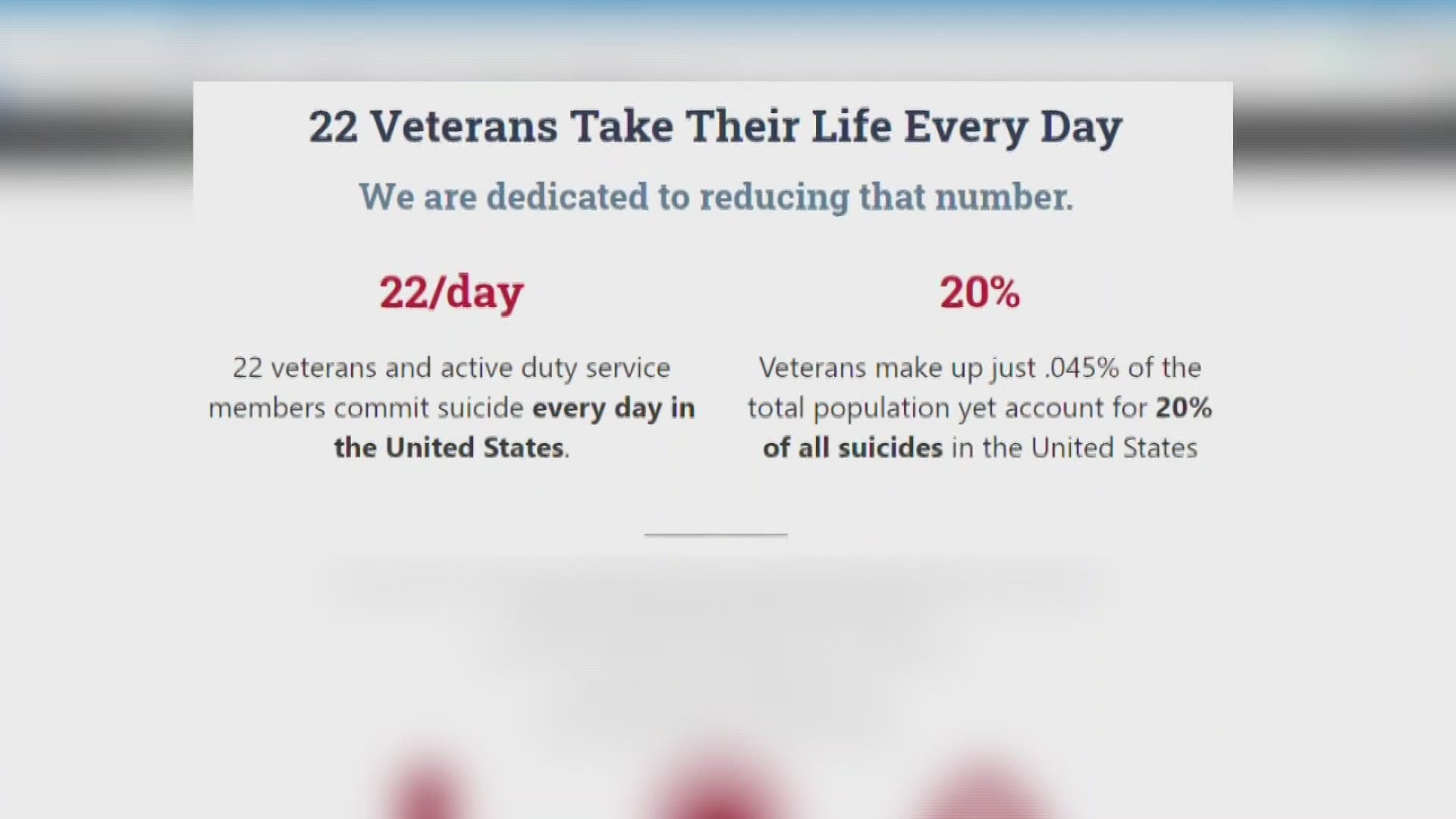 MAINE, USA — In less than six years, the Maine Veteran's Project has raised a million dollars to help veterans across the state.

While the monetary donations are important, the non-profit's founder, Doc Goodwin, said that's nothing if they aren't able to help veterans.

The organization's mission is to prevent veteran suicides. An average of 22 veterans a day die by suicide and the Maine Veteran's Project's mission is to lower that number. For the past few years, the organization was working on home improvement projects to help veterans with the financial stress some of them face.

But as the program grows, so does the outreach. Now, the goal is to make the lives of veterans better by recreational based activities, which the group's leaders say will help keep veterans away from suicide.

"It's abundantly clear with our phone calls, and some of the things coming in, that the isolation has been incredibly impactful on people, especially for folks who were already isolated and chose when they weren't isolated and a lot of those social settings were completely abolished during the pandemic," Goodwin said.

"We were so laser-focused on suicide prevention that we didn't draw back the scope a little bit and see the folks that were just on that cusp of being there and, in my opinion, and as a collective group we think that's where the...don't get me wrong, we absolutely want to help people who are on the edge, but we want to keep people from ever getting there," he added.

The Maine Veteran's Project is in the process of opening its first office in Bangor and hopes to expand its reach across the state to take care of the mental and physical health of all of the state's veterans.