Veterans Emergency Temporary Shelter -- VETS for short is a concept to help local homeless veterans who are in need temporary housing. 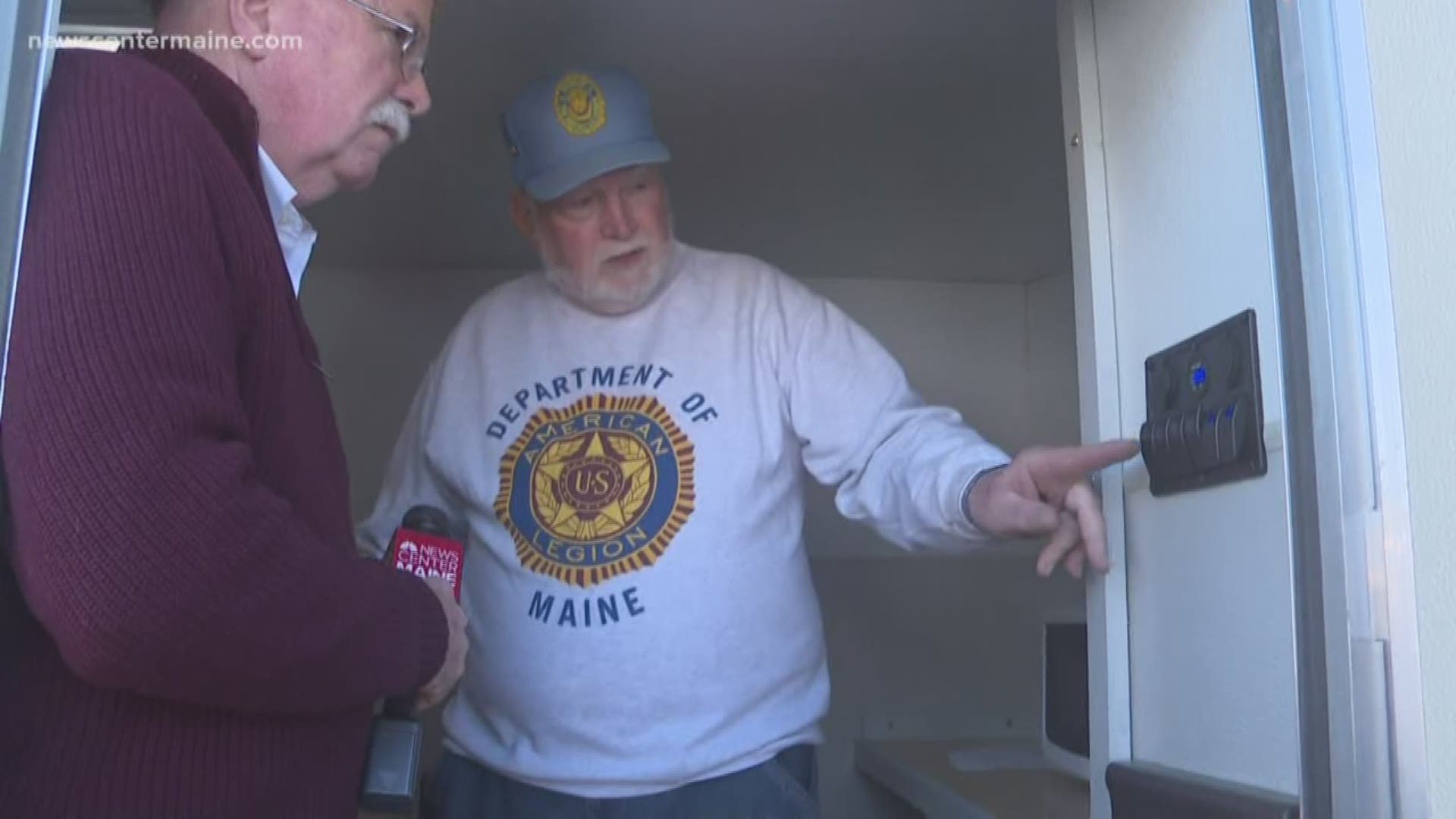 BOOTHBAY, Maine — As more than 100 people gathered for a New Year’s Day breakfast at the American Legion Hall, two veterans and Legion members used the event to introduce a new project to help find shelter for homeless veterans.

It’s a converted cargo trailer, called Veterans Emergency Temporary Shelter -- VETS for short. It’s the design of Vietnam combat veteran Ed Harmon, built by him and fellow Legion member Arthur Richardson, an Air Force vet. Harmon says the trailer is insulated, has heat, lights, microwave, refrigerator, and even a commode. In short, he says, a comfortable and safe temporary place for homeless veterans to live until more permanent housing can be found.

“It’s a temporary solution, and that’s what we need is that temporary time, so people can work on finding a space for veterans to be housed. Harmon says he got the idea after being part of a statewide committee meeting on the problem of homeless vets. Legion Member John Hargraves was also part of that meeting and said there is no question of the need for temporary housing help.

“Basically, at any point in time in Maine there’s a least ten homeless vets in the system who have applied through agencies who don’t have a bed,” Hargraves says.

Harmon says other groups at the meeting liked his idea but wanted to see a sample. So Harmon dug into his pocket and built it. Harmon did much of the work, with the help of Richardson. He says the cost was about $8,400, including the trailer. He is hoping those groups will see the prototype and provide some funding to build several more, to be deployed where and when they’re needed. He says he will build the units at no charge, aside from materials.

“(If) they get the phone call on a Friday night with a homeless vet, and there’s no one to do paperwork. So if we had some of these in the back of my facility, I’ll drive it where ever it needs to go, plug that baby in, we will protect that vet.”

Harmon says he and Hargraves plan to take the VETS unit to a homeless committee meeting next week, in hopes that will convince people it offers a good, albeit temporary, solution to veterans in a homeless crisis.

RELATED: Man traveling to all 50 states with dog, visits Maine