The mobile units are designed to be temporary shelter for a few days, to give time for groups to find more long-term housing for homeless vets. 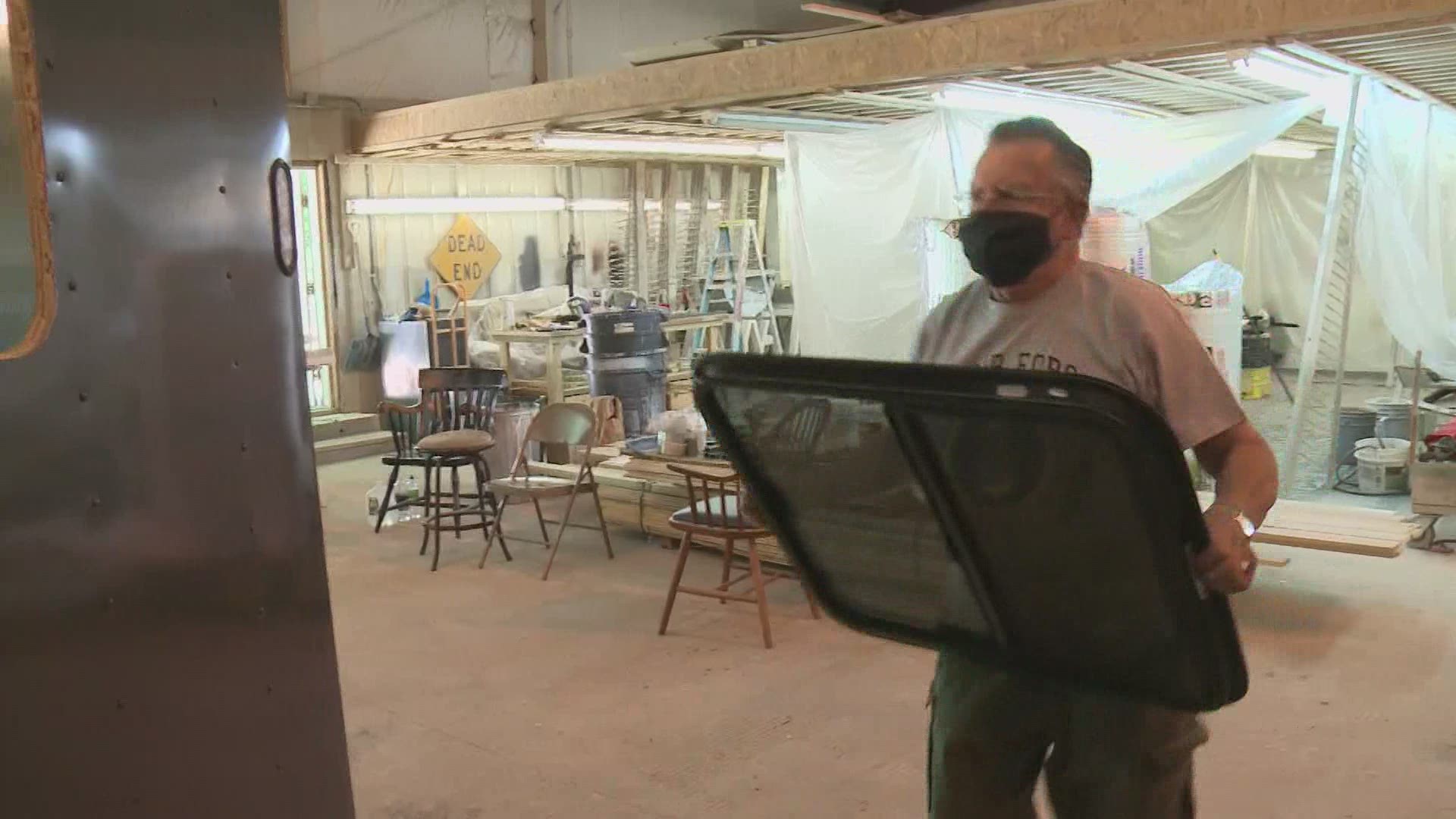 BOOTHBAY, Maine — Three retired guys in Boothbay, all military veterans, decided they could do something to help reduce the number of homeless veterans in Maine. That idea is now literally taking shape on a workshop floor.

It began with Navy and Vietnam veteran Ed Harmon, who for several years has been rebuilding old camper trailers to lend to local veterans for weekend trips.

He thought they could convert a utility trailer, like the ones many building contractors use, into a temporary, mobile shelter. He got Air Force vet Arthur Richardson, an electrician and generally handy guy, to join him. And they brought in John Hargreaves, an Army veteran also signed on to help manage the money.

Out of their own pockets they bought and outfitted a trailer, complete with insulation, built-in bed and desk, electric lights, heater, refrigerator and microwave.

On New Year’s Day they showed it off at the American Legion breakfast, and found a lot of interest. They showed it to a regional group dealing with the homeless veteran problems, and say there was also lots of interest.

“So people are very excited about the fact someone is looking at the veterans not being taken care of,” Harmon said.

But to grow the idea, they needed money. Donations started coming in, and then the COVID-19 pandemic hit. It slowed things down but didn’t stop the project. Now, thanks to donations totaling $24,000, plus donated materials from local lumber dealers, the small group has formed a non-profit, purchased four more trailers and is now busy installing windows, insulation, wiring and finished materials to have four shelter units ready for this summer.

“There's a definite need and we’ve worked hard to make it come together,” Hargreaves said.

Harmon said the mobile units are designed to be temporary shelter for a few days, to give time for groups to find more long-term housing for homeless vets. The trailers do not have bathrooms, so they need to be set up close to to Legion halls or other veteran centers where they can be plugged in, and where a veteran could use bathroom facilities and shower.

Harmon and the others say they’re finding increasing interest in the project from groups that want to have one of the mobile units. They also got a big boost from a local woman, who donated $10,000 in memory of her brother, a Vietnam veteran. Harmon said there will be a plaque in his name on one of the trailers, and he invited the donor to decorate it any way she wants.

Richardson says getting the first four completed should help spread the word about the project, and the need, to many more people.

"Because there’s a lot of veterans out there need help, and they’re not getting it,” he said.

Harmon and the others have big dreams. They envision the idea spreading outside of Maine to other states, with a goal of building and deploying 100 of the units.

He admits, however, that they need to get these four completed first, which should be done in July.

“Arthur is here with me every day, and we’re having fun. Because it's in our heart and that’s where it's gotta be. It's got to start there.”