50 years after his time at war, Mike Carpenter says the impact on his life was huge. 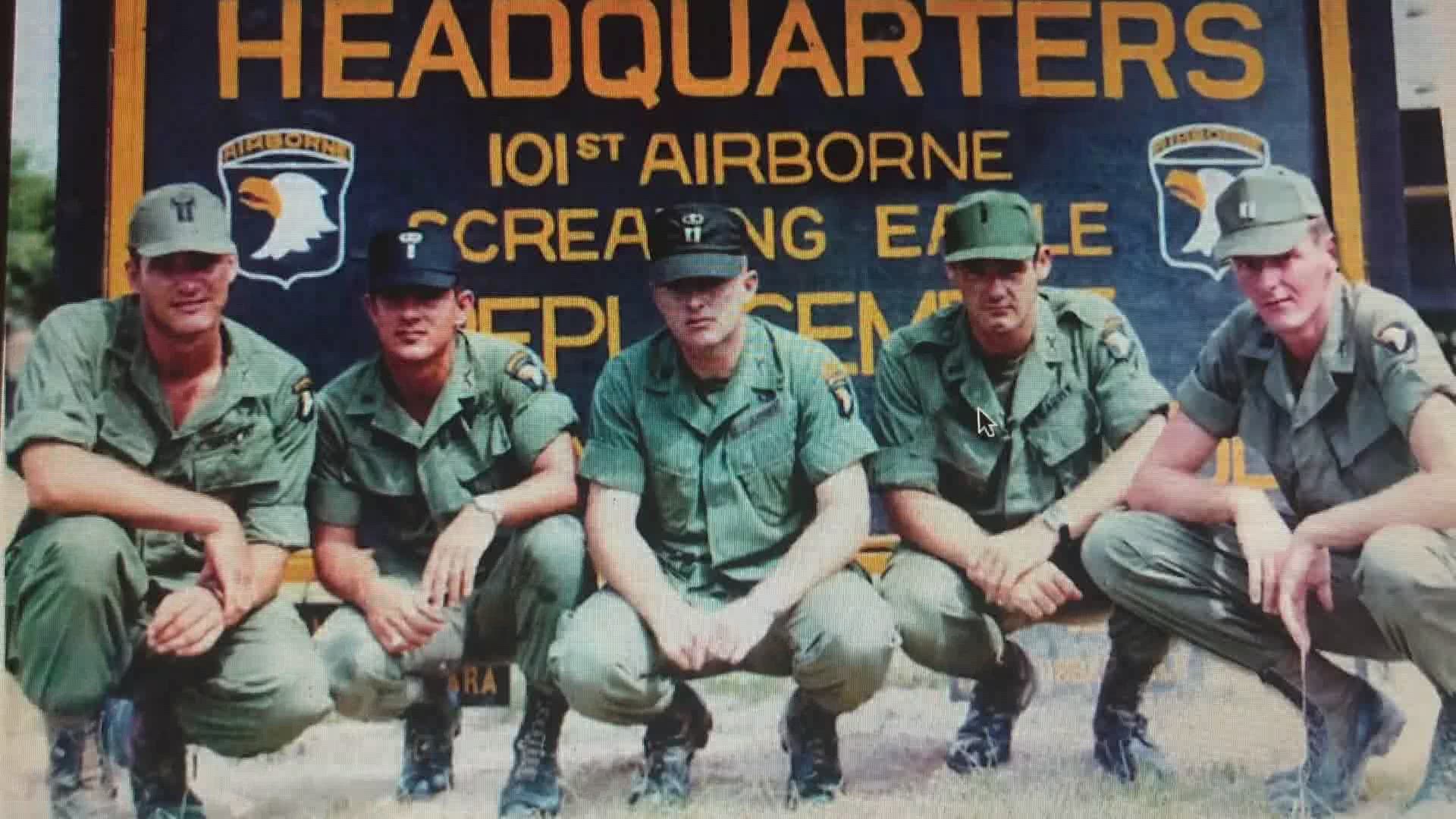 Carpenter would later have a successful political and law career in Maine, but in 1969, he was a farm boy from Aroostook County and an ROTC graduate just out of the University of Maine.

Less than a year later, he became an infantry Lieutenant in the 101st Airborne, leading a platoon to war.

“It was absolutely terrifying,” he said of heading into combat. “I was convinced (that) somewhere in the dots and dashes on my orders, somewhere there was a code saying I was going to die.”

He says the platoon of about 28 young men was mostly new to the war, like himself, because it had suffered severe losses just a few weeks earlier, in a battle known as Ripcord. Carpenter says he took over the platoon just over two weeks after that battle. Carpenter says the platoon would be sent into the jungle for as much as a month at a time. The soldiers were on their own, resupplied by helicopters, hunting for the Viet Cong or North Vietnamese Army.

“I’m very fortunate. The people I worked with were extremely competent.”

Those soldiers also faced pressures from home. It was 1970, and America was sharply divided over the war. Carpenter said he was still a supporter of the Vietnam war, but many of his troops were not.

“Almost all of (them) had been drafted and many of them had strong anti-war feelings. A lot of racial tension, drugs, all that. But there were a lot of people in the platoon who felt what we were doing wasn’t right.”

Mike Carpenter says at the time he still thought the U.S. was in Vietnam for the right reasons. He had been planning an Army career and had even volunteered for Vietnam.

But over time, his views changed.

“I jokingly tell people Stephen King and I marched together in college- he with Vietnam Veterans Against the War and I was with the ROTC detachment, and we had a chain-link fence between us, but he was right and I was wrong in terms of the war.”

Mike Carpenter says he ended up leaving the Army a couple of years after he got home from Vietnam and gradually came to believe he and other soldiers had been “lied to” by their government about the reasons for the war.

He got elected to the Maine Legislature and became a lawyer. In 1990, he became Maine’s Attorney General.

He still practices law in Houlton, and for a number of years, ran the summertime carriage ride concession in Acadia Park, part of a longtime love of horses.

His time at war taught a lot, Carpenter says, about leadership, and about life.

“I think being in the service, especially in combat, makes you appreciate what we have. I appreciate a day like today,” Carpenter said, as he stood in the sun, in front of the Vietnam monument at the Cole Land Transportation Museum in Bangor, a monument that includes a Huey helicopter, like the ones Carpenter and his fellow soldiers used to travel to and from battle.

“I very much appreciate what we have in this country. For me, it taught me a lot about patriotism, but it taught me not to be blind. Just because someone has a flag stuck in the back of a pickup truck doesn’t mean anything to me. It doesn’t necessarily mean they’re a patriot.”

Reflecting, perhaps, on how his own views of the war and U.S. policy changed, Carpenter added another lesson learned.

“We have certain ideals in this country, ideals we are supposed to be defending, (that) the military force is out there to defend. We were deceived in Vietnam. We were deceived in Iraq. We just need to do a better job keeping of our political leadership honest with us.”

That said, his thoughts always seem to return to his fellow soldiers.

"In some ways, to be able to work with 25 of the finest young people I ever dealt with, doing our job, doing our mission was very fulfilling.”