People say goodbye to Rep. John Lewis in one of the last places he made a public appearance

The mood changed to solemn and emotional as everyone watched the motorcade roll to the center. 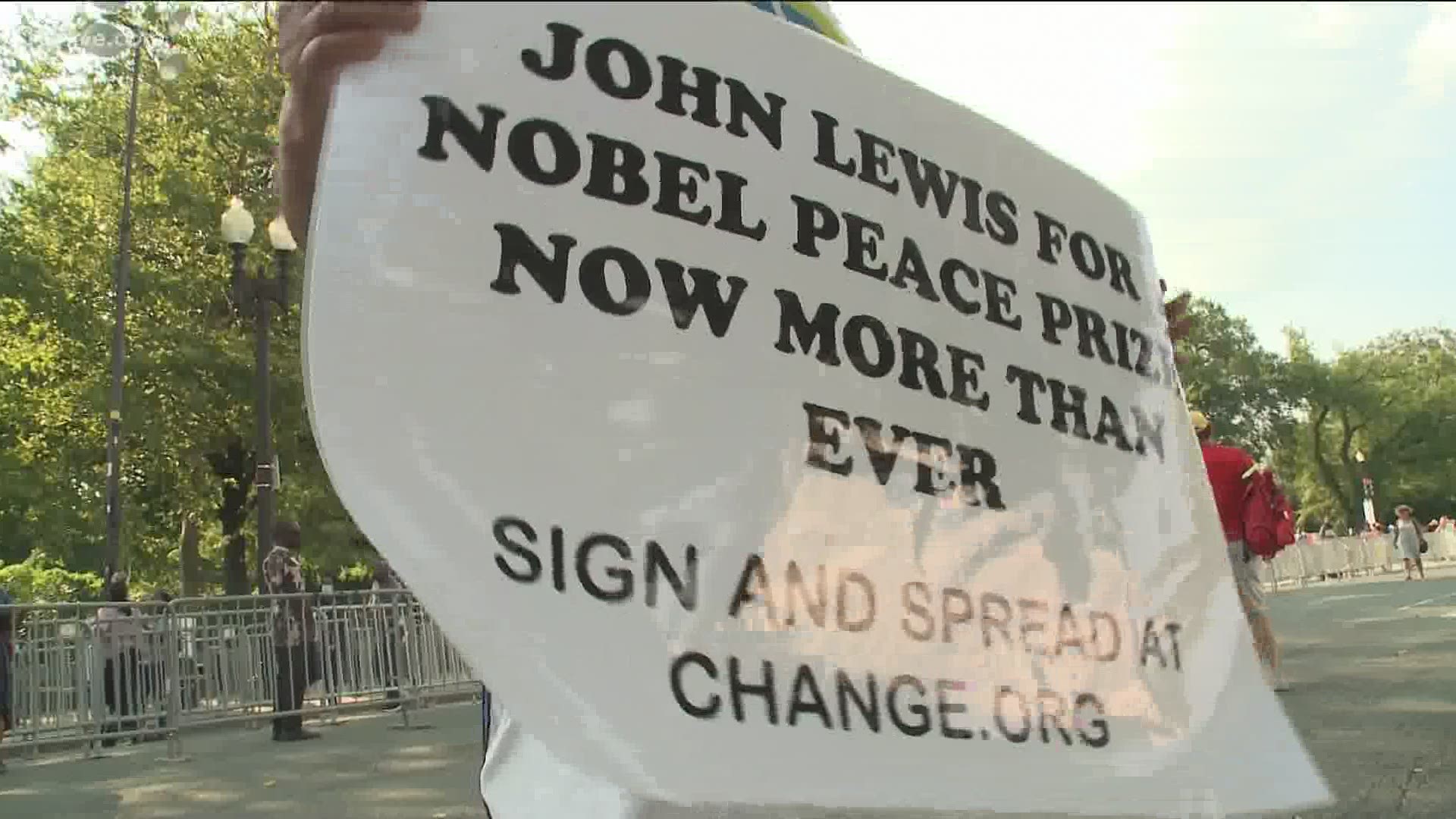 WASHINGTON — From prayer circles to mini dance parties, it was in the truest sense a celebration of life for Rep. John Lewis.

Washington D.C.'s Black Lives Matter Plaza, which was also the location of one of his last public appearances, became one of the last places people could say their final goodbyes.

It was on June 7 when the late congressman posted photos on his Instagram page of him standing along the plaza.

“It’s sending a message, not just to D.C. but to the whole world that we believe in social justice and that this is not just for Black people but for everyone and we need to come together to make a difference," said Sandra Phillips-Gilbert.

The mood changed to solemn and emotional as everyone watched the motorcade roll to the center.

Cora Barry, the widow of former D.C. Mayor Marion Barry stood with her fist held high, and tears rolling down her face.

“I was overwhelmed," she said. "John and my husband were good friends, but more importantly, they come from the same era.”

RELATED: Life of John Lewis to be celebrated over 6 days of ceremonies

Barry stood next to the current D.C. mayor, Muriel Bowser, who gifted a part of the plaza to the family -- a sign showing Lewis will always be a part of D.C. and social justice.

“Forty years later, yet they’re still here, Black Lives Matter, but I just want everyone to do what John said, get in good trouble," Barry said.

And once his body left the plaza, the motorcade visited several other Washington monuments before stopping at the Capitol.

The public can come by and pay their respects until 10 p.m. Monday and again on Tuesday before his body returns to Georgia on Wednesday.

Rep. John Lewis in Washington for the final time

1 / 34
AP
The flag-draped casket of the late Rep. John Lewis, D-Ga., a key figure in the civil rights movement and a 17-term congressman from Georgia, lies in state, Monday, July 27, 2020 at the Capitol in Washington,. (AP Photo/J. Scott Applewhite, Pool)

22-year-old with no known health issues, mother recount COVID fight: 'I thought he was going to die'