Navy veteran Leo Porter says without the support of the University of Maine at Augusta, he wouldn't have been able to finish his first semester. 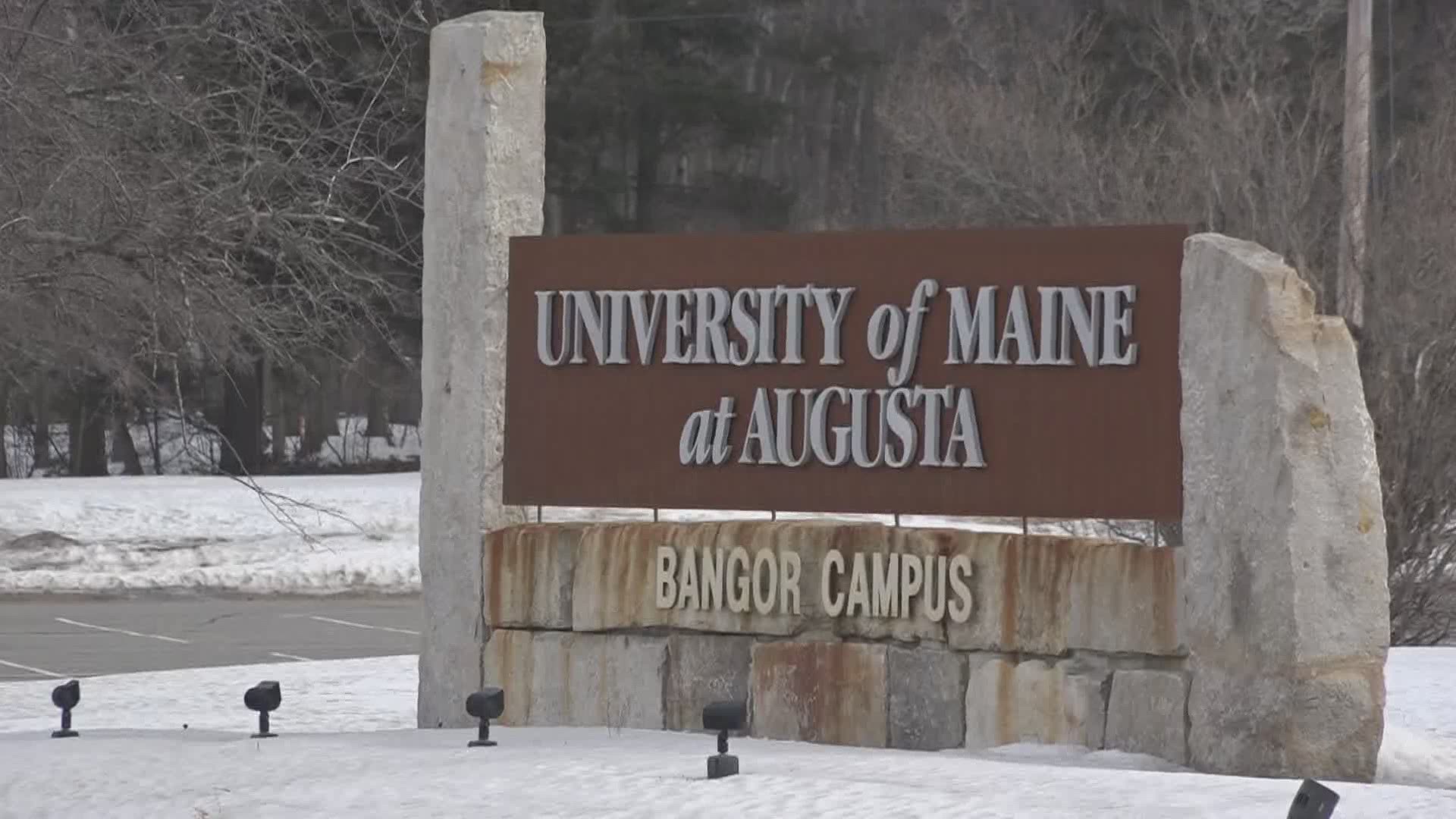 BANGOR, Maine — The University of Maine at Augusta (UMA) has been given the 2021-22 Military Friendly School designation by VIQTORY. This is the standard that measures an organization's commitment to its military and veteran students.

"We’re proud to be welcoming to those who have served our country so well," UMA President Rebecca Wkye said.

This year, over 700 colleges and universities across the country are being recognized for exceptional service towards vets and other military students. UMA is being designated as military friendly for its 10th year in a row.

"I think we’d be very disappointed if we ever lost it because we do make great efforts here," Wkye told NEWS CENTER Maine.

President Wyke said the university’s dedication to vets and military service members dates back to the end of the Vietnam War, when soldiers were returning home from the battlefield.

"Someone on the staff placed a sign out front that said ‘welcome veterans,’" Wyke added. "One Vietnam-era veteran remarked ‘this is the only welcome I have received.”

The University of Maine at Augusta is one of five schools in the state recently designated as military friendly. This morning I’ll introduce you to one veteran who says he wouldn’t have made it through his first semester without UMA’s dedication to vets.@newscentermaine pic.twitter.com/X3UGB2qsGl

Decades later, the sign has been replaced, but with one that reads the same greeting from an institution with the same mission of serving military service members to the best of its ability.

“If it wouldn’t have been for this academic center, I probably would not have finished my first semester of college," Navy veteran Leo Porter, who is studying cybersecurity at UMA, said.

Porter added what drew him to the university was its veteran academic learning center.

"There was a point in time where I was having problems with my homework," he said. "I came into the academic center and there were quite a few people in here and they all stopped what they were working on, and we got out the whiteboard, and we started doing these math problems on the whiteboard."