He started as a cameraman at WLBZ 2 in Bangor in 1972 while attending UMO Full time. 47 years later, we celebrate Bill Green’s legendary career 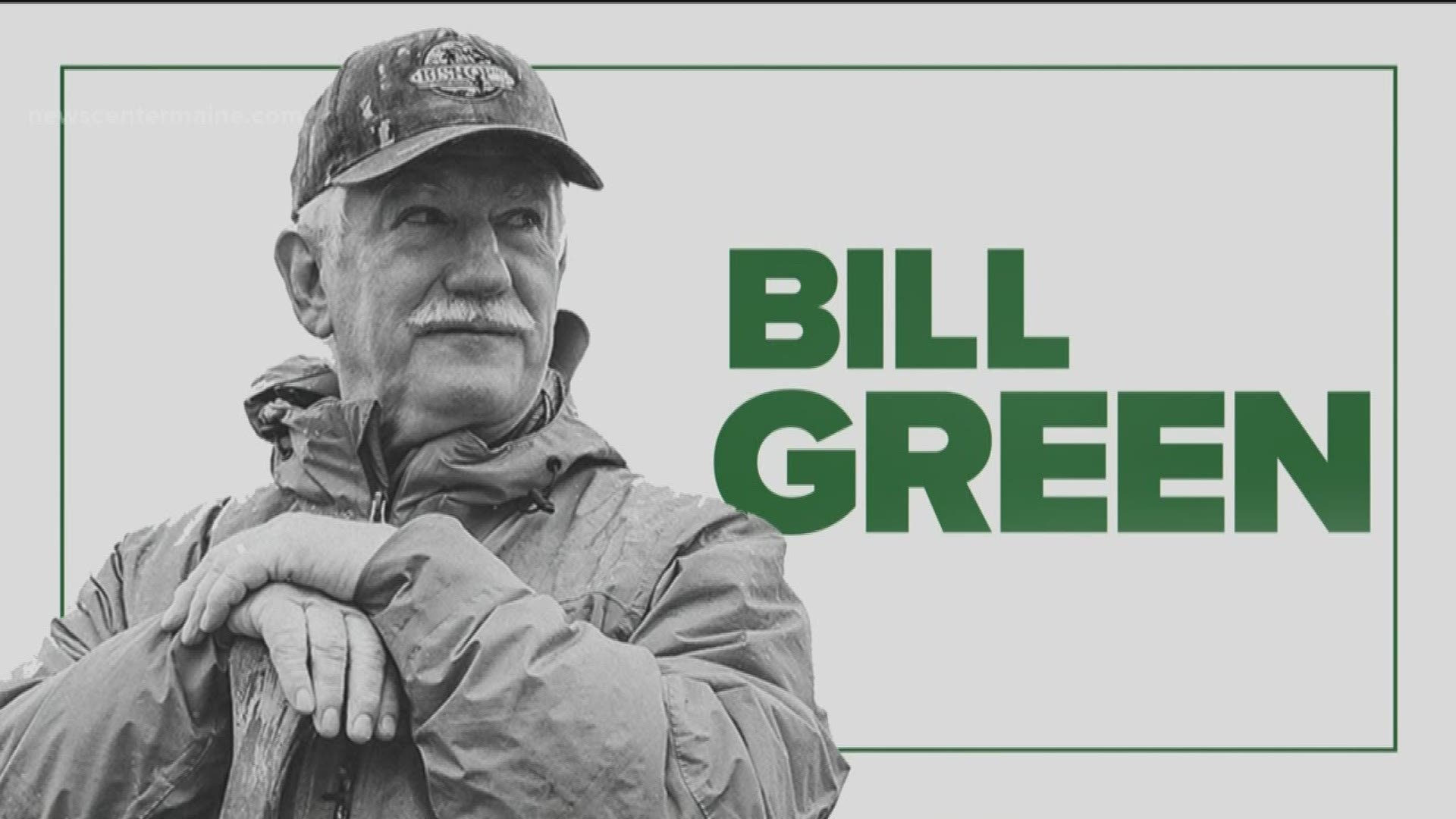 Sometime, in my youth, cowboys talked about going out with their boots on.  I don’t even know what that means, but that’s what I’m going to do.

After 47 years and seven months, I’ve had enough of the day to day grind.

I would like to have more time with my wife and the freedom to do what I want. That includes travel.

I want to thank the viewers who have supported my work down through the years.  I have met tens of thousands of wonderful people and about 20 jerks. Not bad.

RELATED: Bill Green has one last thing to say: 'Thank you, Maine!'

I’ve put a pretty good career together and I want to put an appropriate end to it. A good story has a beginning, middle and an end.  I can think of a few who hung on too long and joke that those scratches on the wall in the entryway were made by their fingernails as they were being dragged out!

A couple of incidents affected my decision. I was talking with Will Mallett of the Mallett Brothers about five years ago.  They had played in Texas on a Tuesday and were up around Denver on a Thursday, where my daughter saw them.

Bill Green through the years

1 / 15
NCM
Bill Green and Pat Callaghan in 1980 at WLBZ 2 in Bangor at the 11 o'clock news. Pat was producing and anchoring and Bill was the sports anchor. 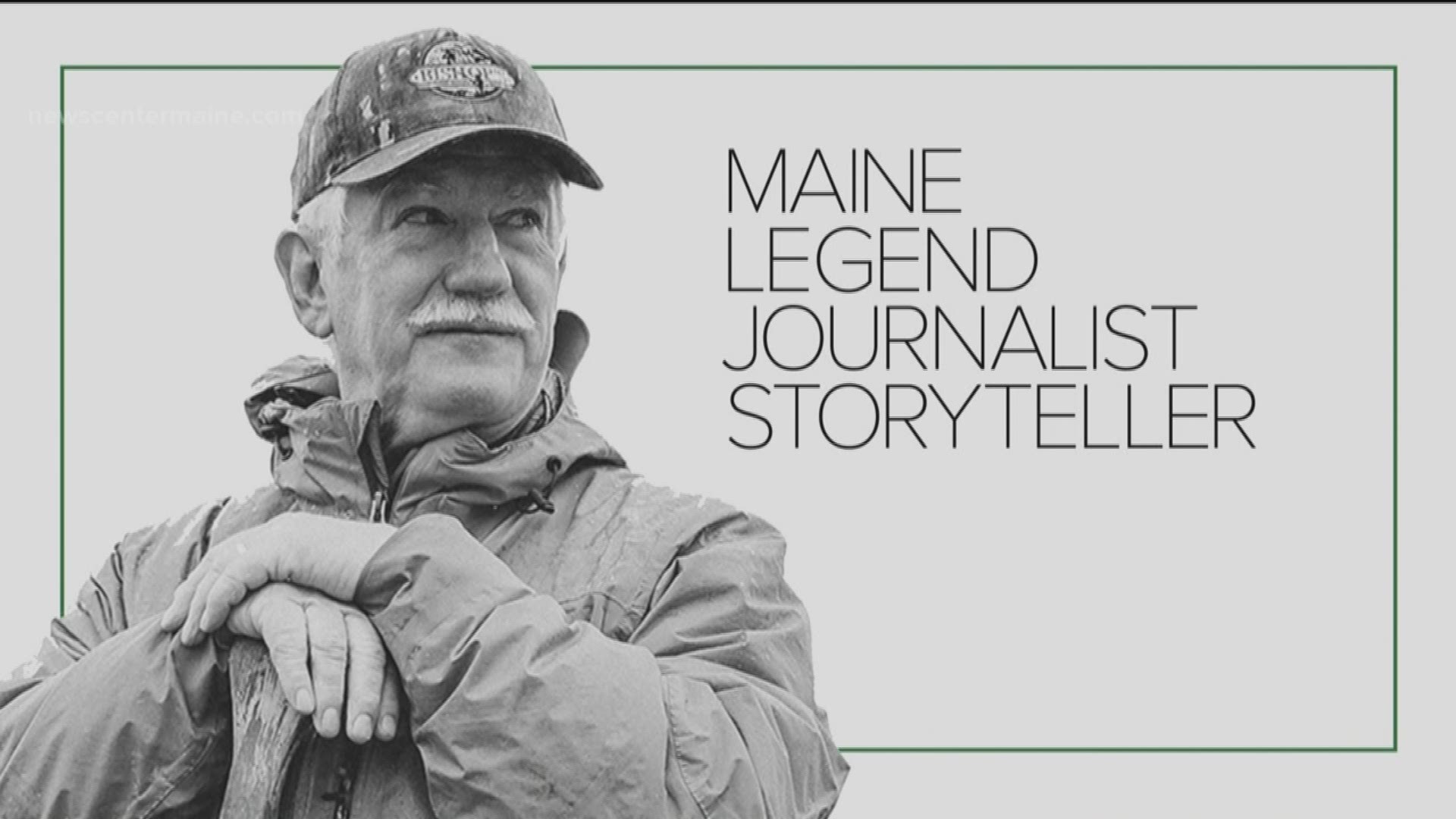 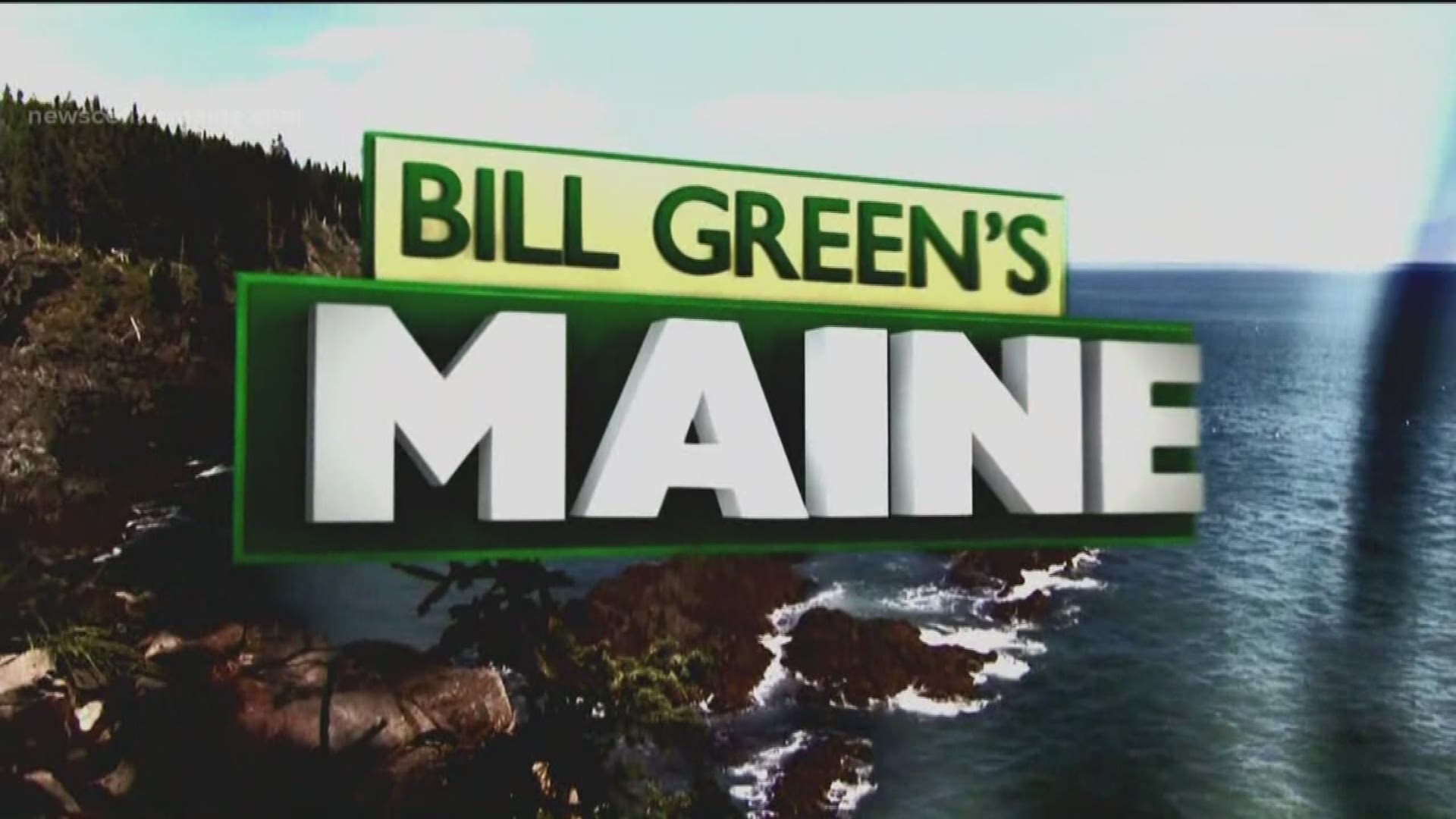 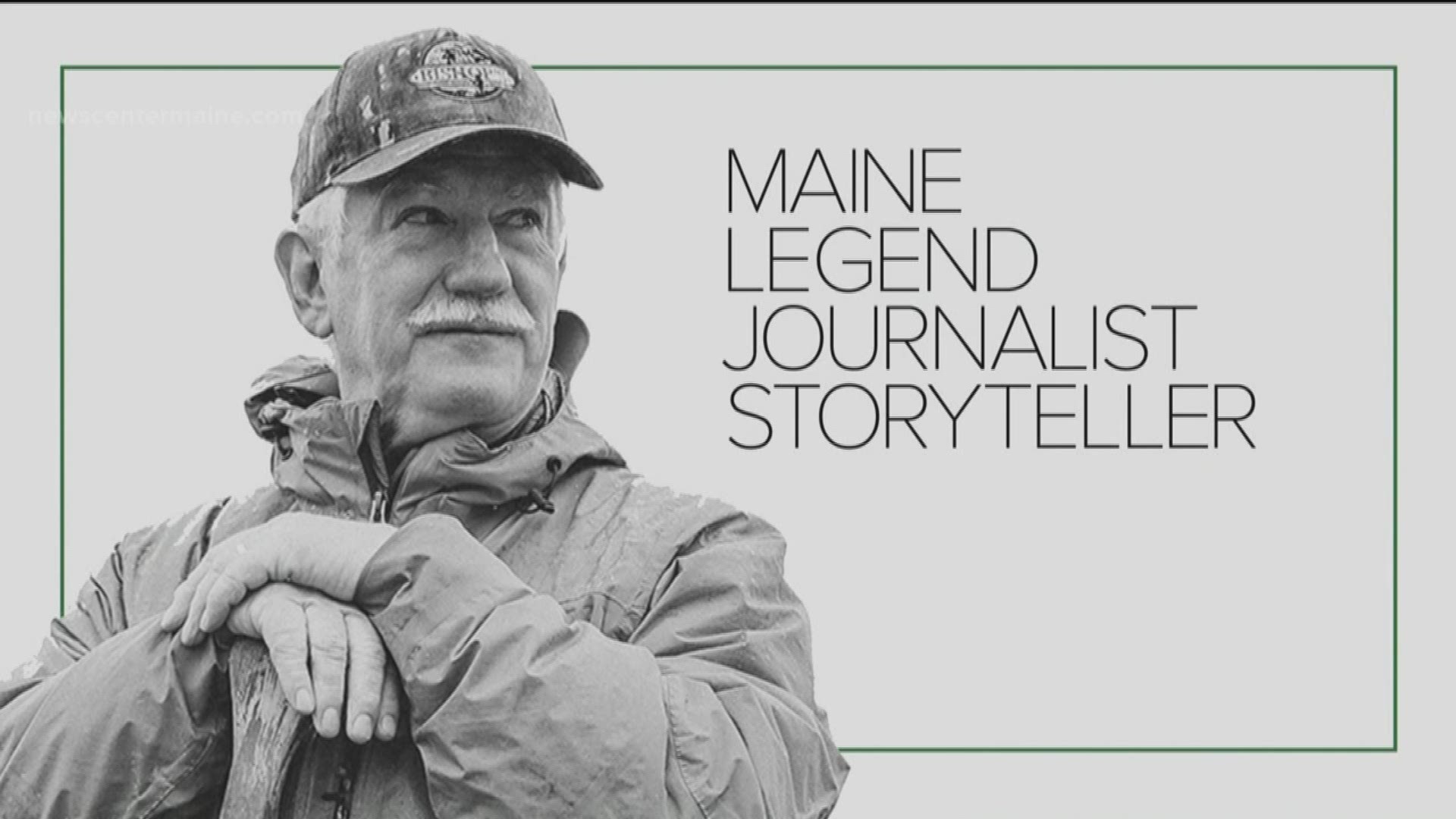 I told him that was a pretty good haul.  He responded, “I like the grind.”

I thought, “I do, too.”  I like gas station pizza, eating in a news car while travelling 72 miles an hour (unless we’re north of Old Town), visiting out of the way places and even sleeping on the ground.

However, in the last couple of years, I’ve been on shoots while I was thinking, “I’d just as soon be home.” When that happens, go home.

Last winter, I was doing an ice climbing piece with a young guide named Noah Kleiner.  The ice “face” had a steepness of maybe 40 degrees, maybe 60.  As a 30-year old, I would have run up without ropes.

The next day, my family was getting together for dinner.  So, I climbed slowly and carefully because I didn’t want to “fall and break my hip” which might have messed up a family dinner with our kids and their spouses the next day.

Noah was saying things like, “Well done!”  Which was kind, but not necessary.

As I climbed, I thought, “Who would want to watch this?”  The story shouldn’t be “can the old guy make it up the ice.”  It should be about a really great sport.

So, time to move on. 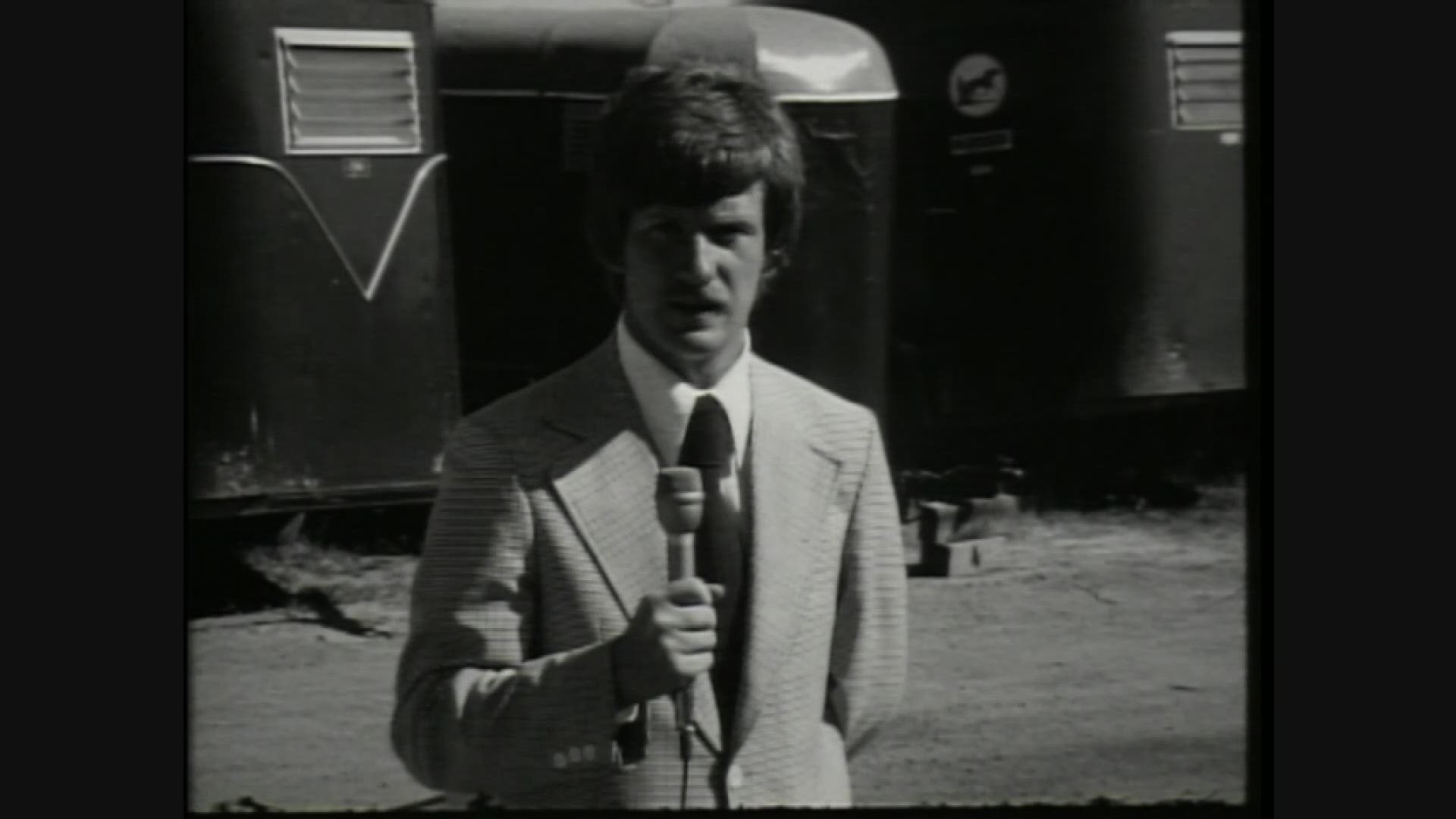 I think I have lived a charmed life.  The evolution of this beat was a big part of it. I haven’t been everywhere and done everything, but close.

In fact, sometimes, in conversation, I don’t share stories because I have done so much. Someone will say they’ve been somewhere and I will be wondering if they know about the shortcut. I’ve been really lucky to have this job. 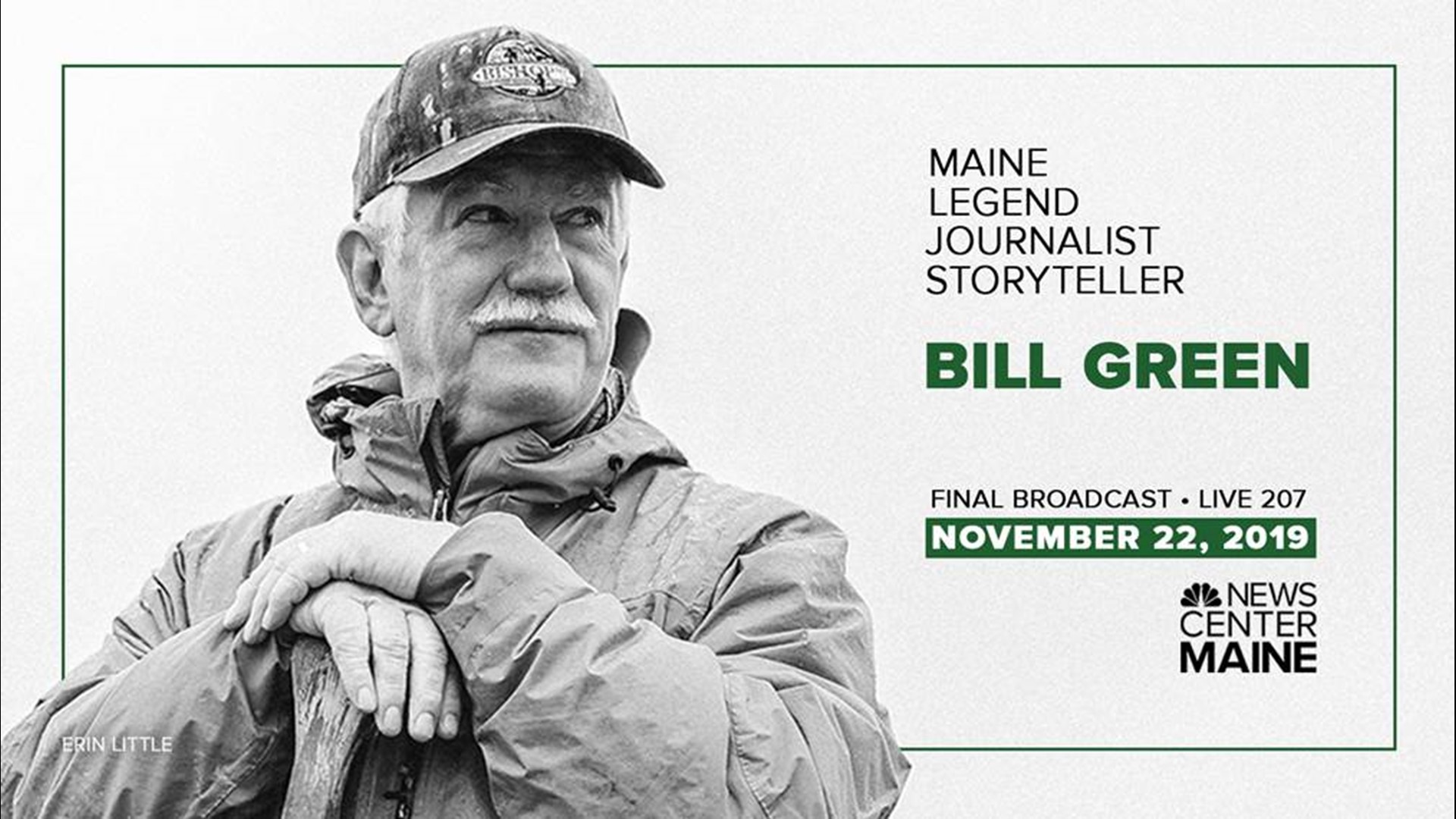 I know most of the newsmakers of Maine over the last 50 years. I’ve interviewed eight governors, eight senators and at least a dozen congresspeople just for my show. I’ve been in all but about nine Maine townships and before the month is through, photographer Kirk Cratty and I are going to just take a long ride, eat road pizza and knock those townships down—wearing blaze orange.

While I won’t miss the day to day grind, heading out in the dark and standing in snow banks when I don’t want to, I will miss being in the newsroom.  I loved the energy generated by pounding AP and UPI teletypes.  I liked the rhythm of reporters banging out stories on typewriters. TV’s were turned up as we monitored what the competition was up to.

Now, it’s the opposite.  When a newsroom is really busy, it’s really quiet. Reporters, editors and producers lean into laptops as a much more sophisticated product is created.

“BTW,” I’m not afraid of the future.  As a content producer, I can produce for any format.  I did it with 16 mm film, ¾ inch video tape, Beta, digital and even did what we believe was the first local program entirely produced in HD.  In fact, we think we did the first two. 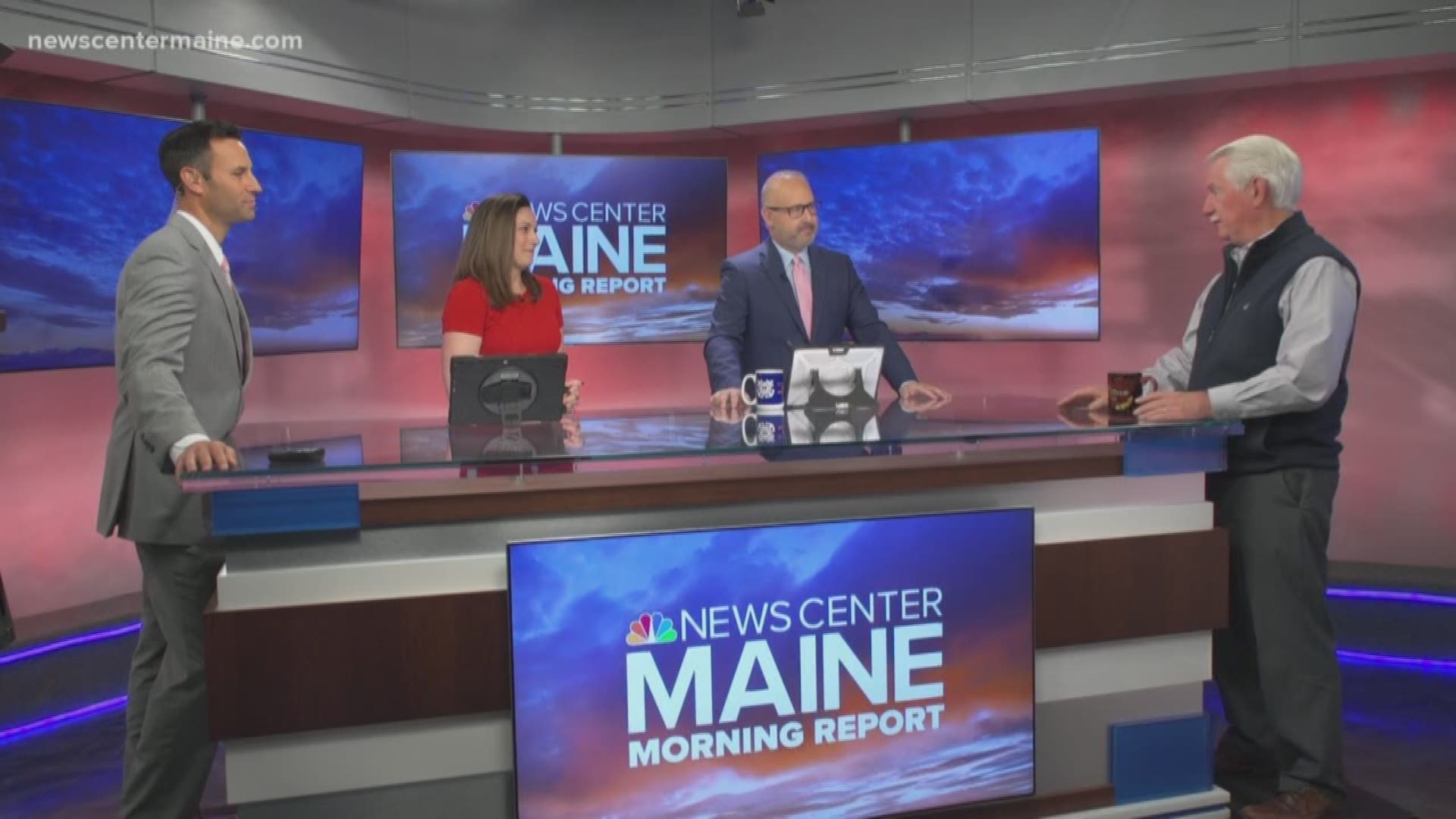 I can visualize a job working for content to be viewed on phones, but in terms of building a huge Twitter or “Insta” following, I’m running out of time. Plus, I don’t like the invasiveness of social media first thing in the morning and late at night. It’s a competition from which I must step away for my own good.

I’ll still be around.  I’ve been invited to participate in some of our projects next year. We’ll soon announce a part-time/full-time job with a nonprofit that I’ll be able to do out of my home.

So, thank you.  Help me through this final month and don’t ever hesitate to call me with a good story idea.  I have young friends in high places and I know they can help you tell your story.

SOME OF BILL GREEN'S LATEST STORIES 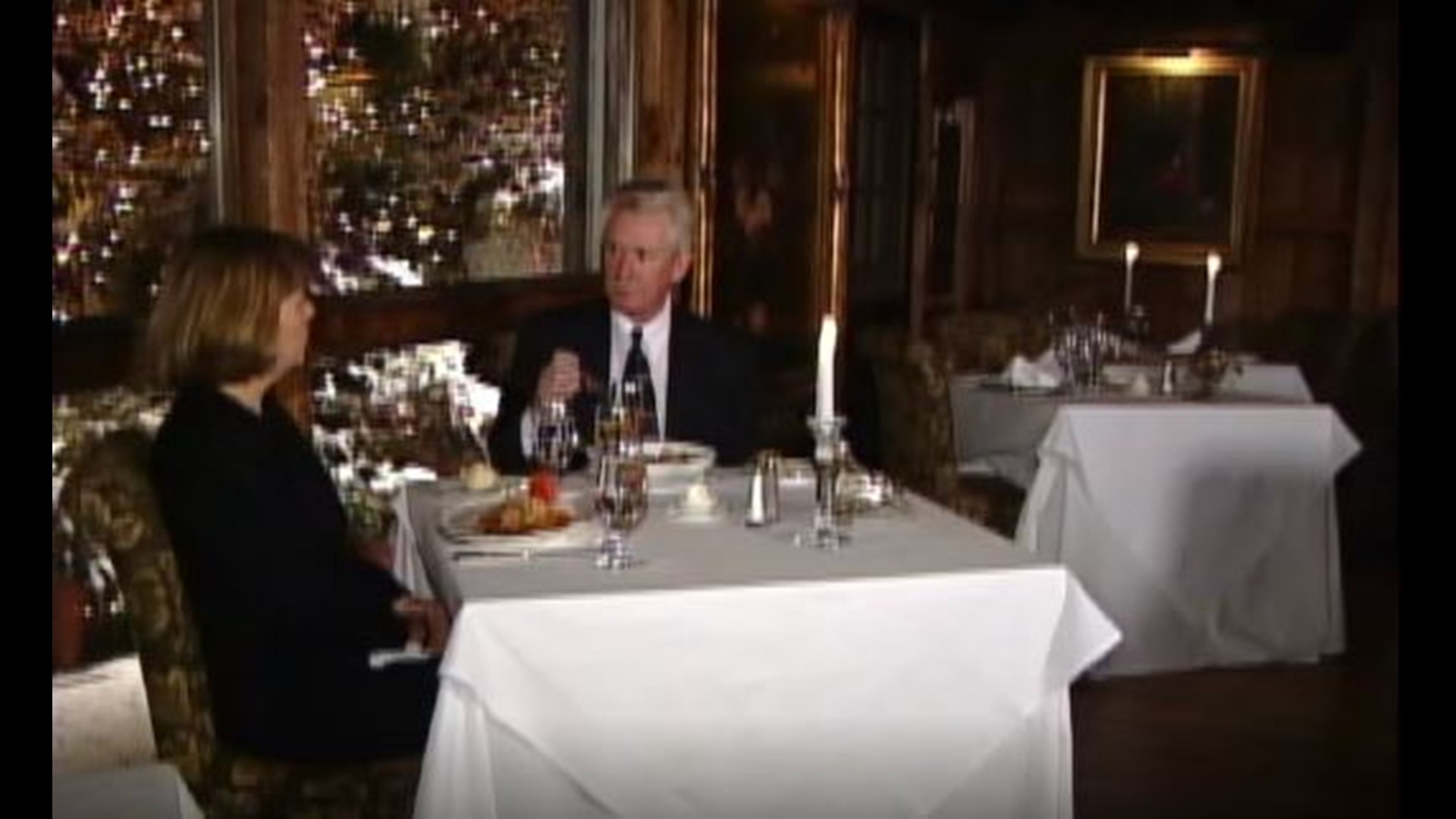 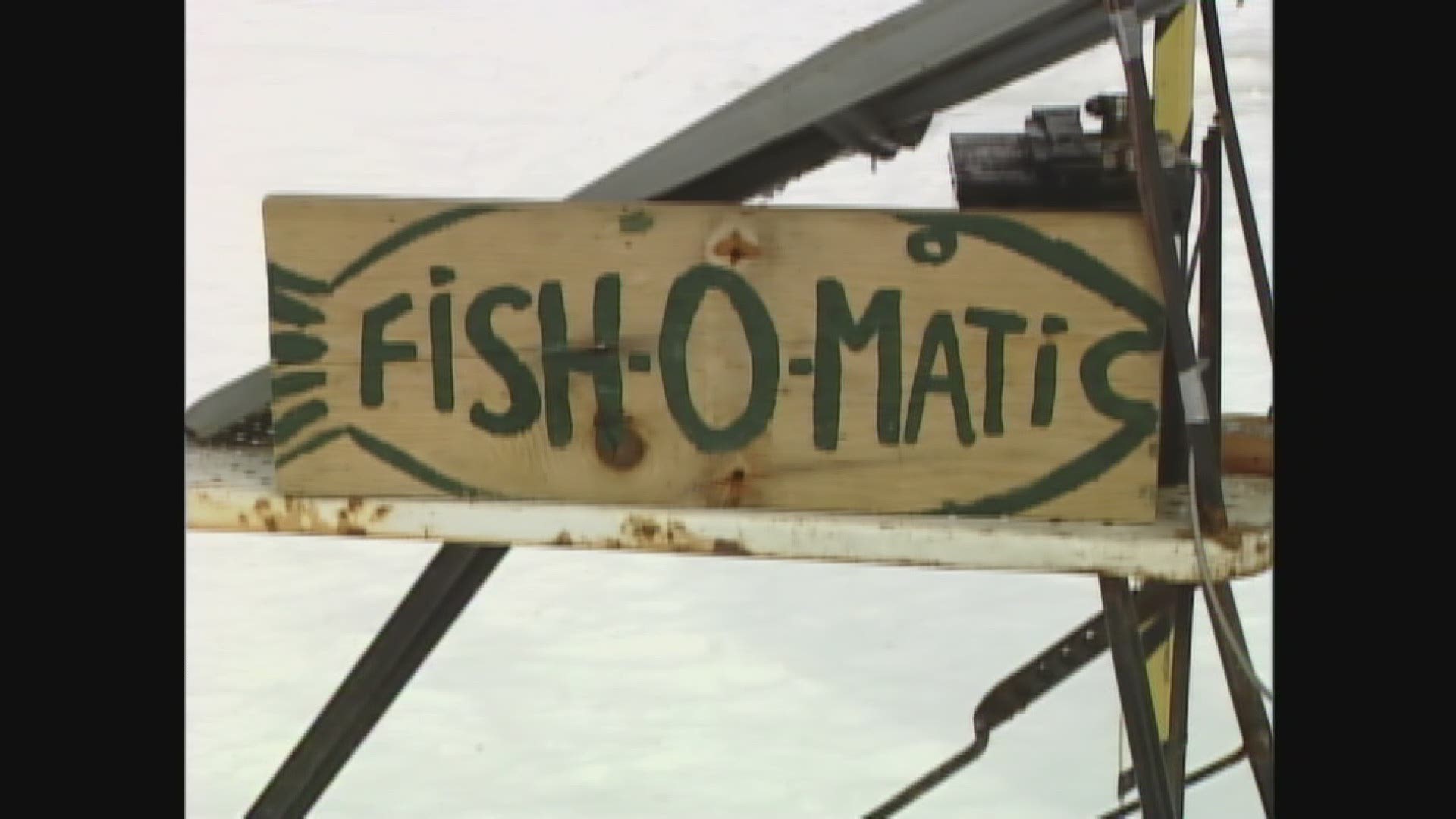 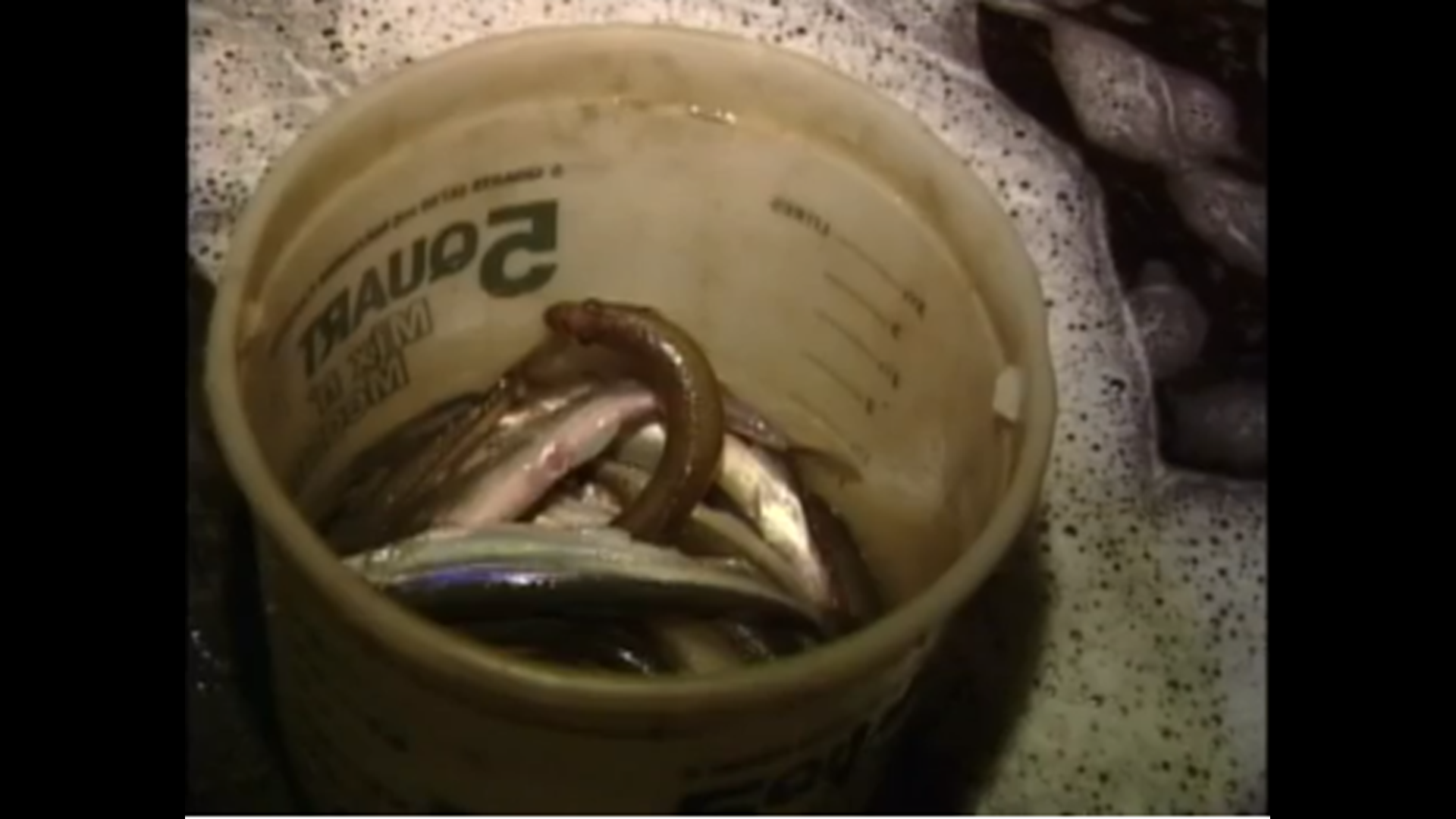 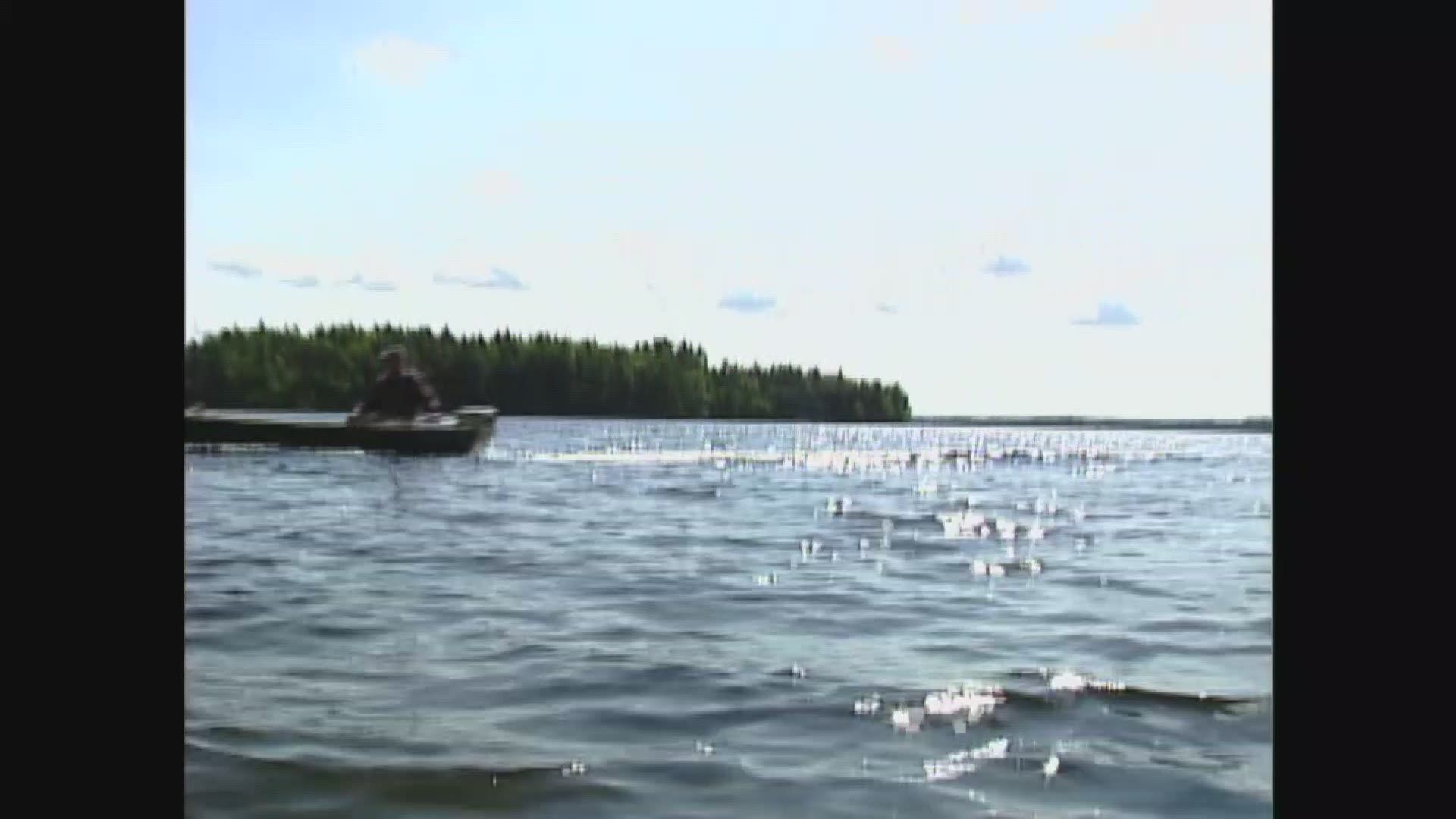