Stiller got a mocha at Starbucks along Commercial Street. 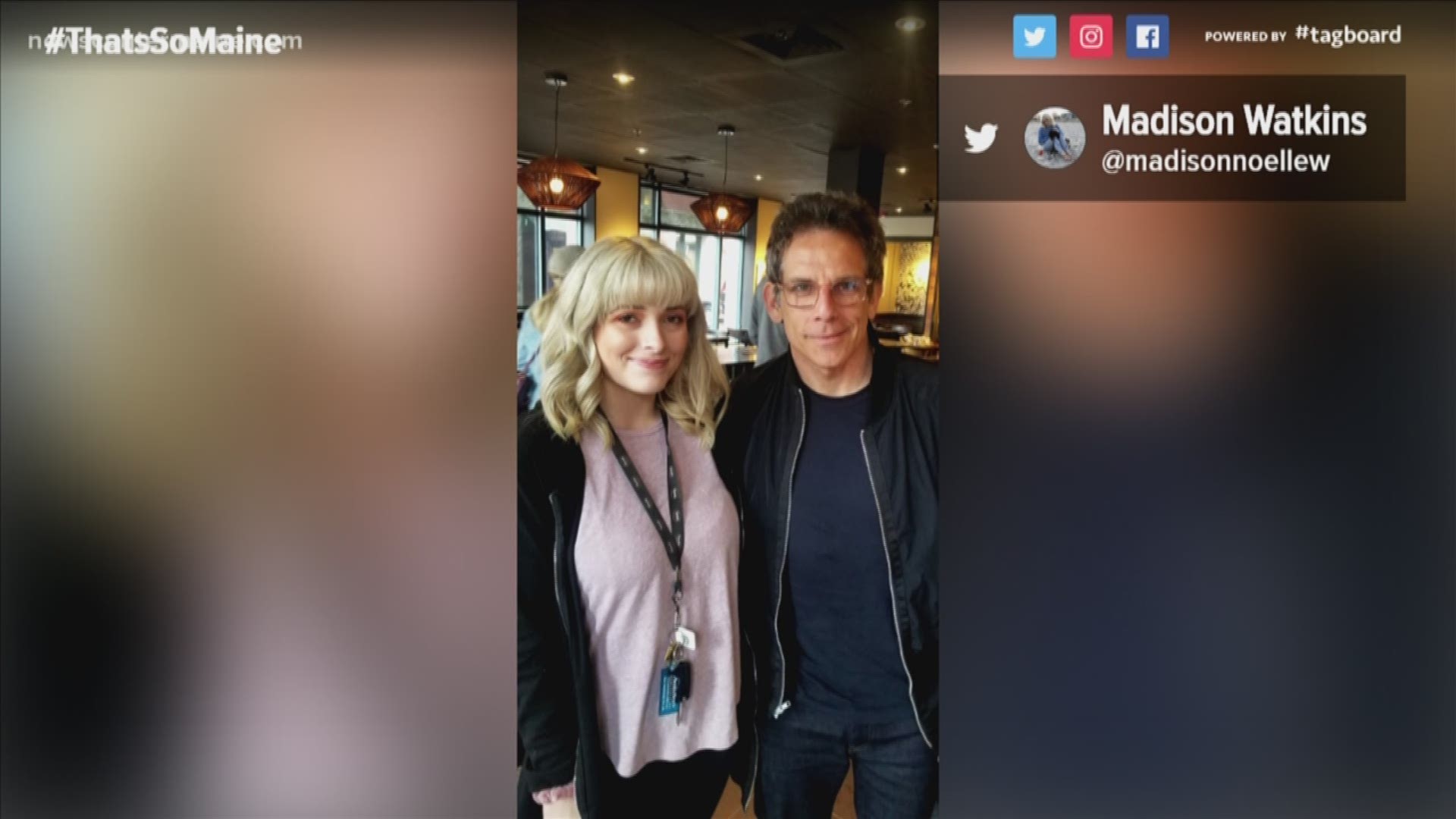 PORTLAND, Maine — Summer has unofficially begun in Maine, and that means there are bound to be a few notable celebrity sightings.

Ben Stiller, best known for his work in several comedy films from the late 1990s and early 2000s, was spotted Tuesday in Portland's Old Port district at a Starbucks location along Commercial Street.

Madison Watkins, a shift supervisor, said she wasn't working but was in the shop when Stiller walked in. About the same time one of the baristas went to ask for Stiller's name, Watkins got up and started a conversation.

Watkins said the Stiller was really nice, and that he even agreed to take a photo with her. She later tweeted about it, saying he was a super cool guy.

Watkins said Stiller was there with some kind of producer of "Bag Man," which is a Peabody Award-nominated podcast series produced by MSNBC. Ironically, someone in the shop at the same time was wearing a shirt that read, "Ask Me About a Podcast," so the three ended up striking up a conversation amongst themselves.

It's unclear if Stiller is in Maine just to visit or for work.

Others on Twitter reacted to Stiller's presence in the Pine Tree State:

Stiller is also a writer, producer and director. Recently, he's been making appearances as attorney Michael Cohen on Saturday Night Live, a show on which he was a cast member for a short time during the 1989 season.