The past year has been a challenge for the owners of Tipo and Central Provisions, but their biggest concern was taking care of their staff

PORTLAND, Maine — The restaurant industry in Portland has undoubtedly changed, and the full scope of the pandemic's effects likely won't be known for years. But those that have survived, and in some cases thrived, in the past year are looking towards a brighter future, embracing the changes rather than succumbing to the hardships.

These are just some of their stories.

One of the hardest things Paige Gould has ever had to do was tell her 52 employees they were officially unemployed. As a mother of two young girls, she sees every one of her employees as one of her own.

Choking back tears, she remembered the feeling when she had to tell her “little duckies” they no longer had a job.

Paige and her husband Chris, who is also a chef, own Tipo, an Italian restaurant in Back Cove, and Central Provisions, a top-rated small plates eatery in Portland’s Old Port.

The past year has been a challenge for Paige and Chris but their biggest concern was taking care of their staff and making sure they were safe.

“Our staff is always our number one priority … because we've always believed that if you take good care of the staff you don't have to worry about the customers,” Paige said.

When the pandemic reached Maine in early March 2020, Paige said she was “fighting tooth and nail” to make sure her staff was set up to get unemployment.

“We were obviously concerned and scared,” Paige recalled. They made clear to their staff they weren’t obligated to come into work, and only should if they were comfortable. Paige, who said she normally runs the business side of things because of her two young children, started going in to help at the restaurants—managing, hosting, running food … whatever it took to get the job done.

Paige and Chris ultimately decided to close their restaurants on March 15. It was the day Gov. Janet Mills declared a state of emergency.

What ensued was a constant sense of uncertainty. Staying on top of the news. What’s going on? What is the governor trying to do to support us? Should we really get a loan? Will it really be forgiven? Are the funds going to run out?

Tipo reopened for takeout in May. All the money they made the first week was split among their employees, who were by then unemployed.

Credit: Gabrielle Mannino/NCM
Tipo has been able to keep up a successful takeout business throughout the pandemic.

Paige said to-go worked well for Tipo, because pizza and pasta are naturally suited for carry out. But the same couldn’t be said for Central Provisions, which is known for its small plates like foie gras and caviar.

If you’ve ever walked down Dana Street, you’ll know it’s not the easiest to maneuver. It’s a steep, cobblestone hill. On top of that, there’s a fire hydrant in front of Central Provisions’ front door on Fore Street. So, the typical outdoor patio most other restaurants were able to (relatively) easily deploy wasn’t an option.

“So, we got creative,” Paige said.

They had picnic tables custom-made so that they could be level on the Dana Street hill. To limit customer interaction—and help make sure the staff wasn’t breaking their ankles on the cobblestone hill—they decided on counter service and disposable plate ware. Those weren’t the only changes.

Because “everybody would like to be able to get away from the situation they were currently in and the concept of being on a beach with a tiki drink in hand sounded lovely,” Paige explained.

Overall, it was well-received and worked, for the most part, Paige said. But the Wharf Street scene in the summer is always a challenge.

“It was interesting to see the challenge change throughout the summer,” Paige said, “because in the very beginning part of the summer, there were a lot of people who didn't want to wear a mask and we're being very, very aggressive about it. And then as it became more and more and more of a norm it became not as frequent that we would have to deal with the problem, but it still happened.”

“Our goal is usually to be very nice to people at all times,” Paige said. “But you know, having your boss say, ‘You don't have to be nice now … there are kind ways of saying it, but my priority is your safety, not whether this person is coming back again.’”

Overall, Tiki Takeover was a success. As fall loomed, they began thinking of ways to stay open in the colder weather.

They knew they wouldn’t be able to safely put heaters out on the Dana Street hill. Their only option was to move indoors.

But what would be the safest way to do that?

They installed UV lights in the HVAC systems to make sure at least the recycled air was clean. “Even outside of a pandemic that’s a good addition,” she said. They also implemented a light system for the bathrooms at Central Provisions, which indicated if they were occupied or not to avoid a line forming.

There were countless other little changes they made to make it work safely, down to the way staff poured water at tables.

“[We realized] that the quality of service that we were going to be doing was going to be affected by it, but at the same time our top priority was always keeping them safe,” she said.

“It went great. We were busy and we had no issues,” she said. “But then, November hit. And [COVID-19 cases] started climbing at a terrifying rate.”

Tipo and Central Provisions only had a couple of COVID scares. Three employees tested positive through the entire pandemic, and none of them infected anyone else on staff. “Which I think is a testament to everything that we had in place,” Paige said, “and that we were overcautious as much as much as we could be.”

“I think another really difficult thing about this is that we weren't being told what to do or what we should be doing. It was kind of up to us.”

“There are not exact guidelines ... and we're not nurses or doctors or scientists. We're restaurateurs. That’s not our job,” she said. “We just constantly were consulting professionals and consulting the CDC on what the best courses of action were to be taking and just keeping everybody safe.”

Again—they had to close for indoor dining. At Tipo, they knew takeout worked. At Central Provisions, they reimagined yet again and decided to become a sandwich shop for the winter and spring: Central Sandwich & Provisions.

“It’s fine, is what I would say. And it's worked. It's been successful in keeping our employees employed,” she said.

“We wouldn’t be anywhere right now if it wasn’t for the PPP loan.”

Paige said things are getting a lot less scary. All of her staff who wants to be vaccinated have gotten their first shot or are fully vaccinated.

The goal is to reopen Tipo and Central Provisions for indoor dining sometime in late May.

Credit: Gabrielle Mannino/NCM
Customers fill the outdoor patio at Tipo on Thursday, May 7, 2021.

Central Provisions’ outdoor patio will be in action again, but this year they’ll be taking a much different approach.

“We had to figure out a way to make that hill safe and be able to provide people with the service that they're accustomed to getting at Central Provisions,” Paige said. “I think people were very tolerant last year of getting their foie gras and caviar on disposable plate ware,” she said laughing. “Customers were very thankful we were open and operating up but, that's not that's not the same level of service that we wanted to be able to provide.”

They’re working with the city to get plans approved to install a three-tiered terrace on Dana Street, which would double their outdoor capacity.

That also means, however, they’ll have to hire more staff.

“Minus management, I have to restaff 100 percent of the front of the house,” she said.

At a time when staffing is incredibly difficult. Paige explained that other restaurants are also trying to staff up for the summer, and also, amid the pandemic many industry workers left to pursue other, safer job opportunities.

Credit: Gabrielle Mannino/NCM
Cooks at Central Provisions can be seen working through plexiglass on Saturday, May 1, 2021.

As for business this summer, Paige said she’s hopeful, but worried.

“We still have a mask mandate in place in the state, but … we're getting we're seeing pushback on it already,” she said.

“And not everybody wants to be, which is another hard thing,” Paige said. “It's everybody's own personal bodies and they need to make the decision on what they should do with their own body, but It's a hard pill for people in the industry to have to swallow because we're the ones who would be putting ourselves at risk. We're not police officers, but It's our job to enforce this at the same time.”

Credit: Gabrielle Mannino/NCM
Tipo is known for its brick-oven pizza.

“So, do I think the people will be here? Yes. Do I think we will end up doing well and be busy? I have no concerns about that. My concerns lie in how the public will behave towards my staff and the public being respectful of my staff. Thankfully, the majority are. And they're thankful that we're there and that all along we've been taking a risk ourselves—a mitigated risk that we've tried to minimize as much as possible, but a risk nonetheless—to provide them with some joy. Because that's what hospitality is—making people happy. And that's all we want to do. But you can make some people happy some of the time. You can't make all people happy all of the time. We make most people happy most of the time. So I count that as a win.”

Paige said one of the reasons she and Chris decided to come to Portland to open their restaurants was the community that Portland is and how much the community supports each other.

“Everybody is trying to lift each other up.”

Paige said she talks with other restaurant owners on a weekly basis, and doesn’t know where’d she’d be without their constant support.

“Whenever I have information, I try my best to share it with everybody. And I know they do the same for me,” Paige said. “We're all just trying to make it work.” 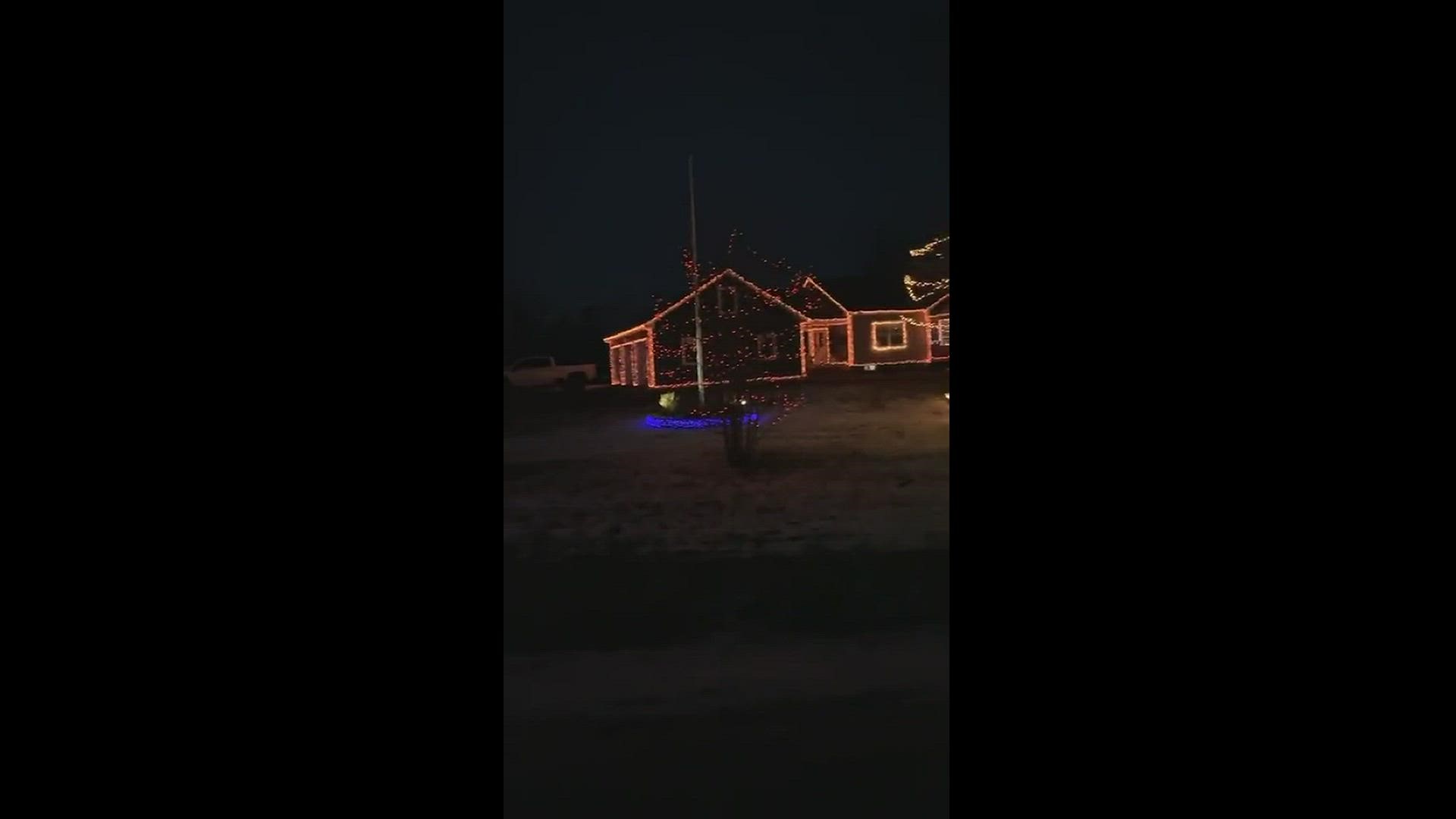