Sky-Watcher North America reports the astronomy industry has seen an unprecedented bump in the last year. Some companies are reporting an increase between 60-400%. 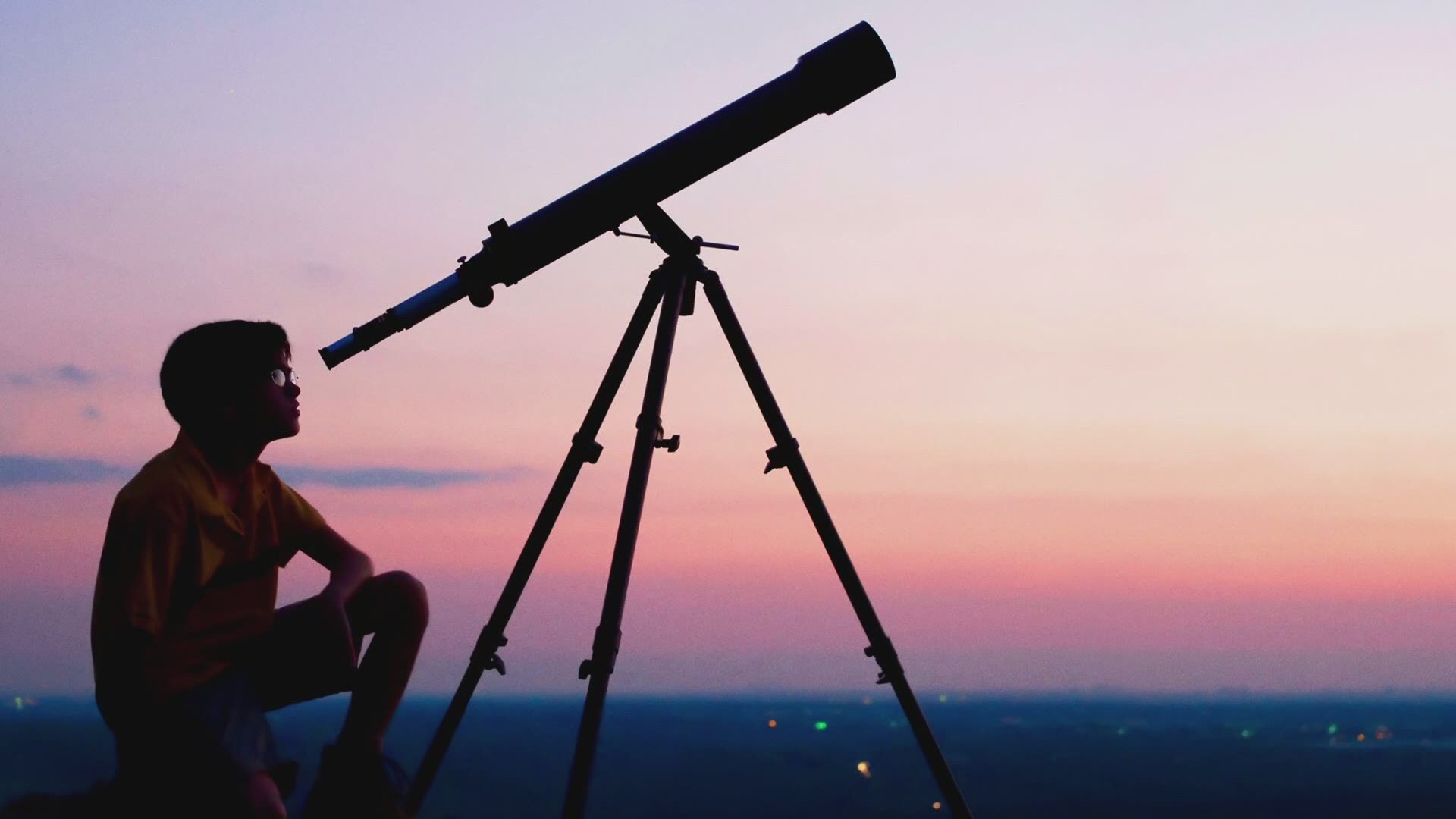 MAINE, Maine — The age of isolation and social distancing has inspired a newfound interest for many people in the night sky.

Amateur astronomer and solar photographer, Jon Wallace of Durham, belongs to a few Maine astronomy clubs and said he has felt an uptick in interest.

Wallace said, "We're locked in. And what is there to do besides watch TV? You don't want to sit in front of a TV all day, so at night you go out and you look up and you go, 'What the heck is going on up there?'"

Wallace said with more people having downtime at home, it makes sense that they would turn to a cool hobby such as astronomy.

"To me, it makes a lot of sense that people would get interested in that," Wallace said. "There is all kinds of stuff to see in the night sky."

Further proof of the spike in interest-- the telescope business has been booming.

According to Sky-Watcher North America, the astronomy industry has seen an unprecedented bump in the last year. Some companies are reporting an increase in business from 60 to 400 percent over the previous year.

Store manager of South Portland's Hunt's Photo and Video Nico Acorac said, "Photography stuff has been exploding for the last couple of years, but telescope [sales], probably since January of last year, have skyrocketed."

Acorac said he hasn't been able to keep telescopes on shelves. He said it's in part due to high interest, as well as a backlog on the manufacturing front.

Acorac said, "I tried to put in an order for a few telescopes about a month ago and the response I got was we're running 90 days behind."

Interest in astronomy appears to be on the rise as telescope sales skyrocket in the last year. I speak with some Maine amateur astronomers about why they believe the pandemic has people turning to the night sky for entertainment. Details tonight on @newscentermaine at 6. pic.twitter.com/awiESnQ8Re

While high-end equipment is needed to see and take sharp images of the night sky, you don't need to spend a lot of money to enjoy astronomy.

President of the Downeast Astronomy Club Charlie Sawyer said, "Astronomy can be enjoyed by anybody, it can be the person in a lawn-chair with a pair of binoculars he wants to go and look at the stars and enjoy the constellations, and on the other end of the spectrum you have someone with an observatory dome and all the expensive equipment, and you folks in between. Anyone can enjoy it, it's your own planetarium out there the only cost of admission is curiosity."

Sawyer said Maine is a great place to pick up this hobby.

"Most of Maine has some of the darkest skies in the United States," Sawyer said.

Sawyer said Maine has at least seven astronomy clubs that are open to people who share this interest.