Groups are taking Nordic Aquafarms to court over the title and right of way of the land needed, arguing it is owned by another family. 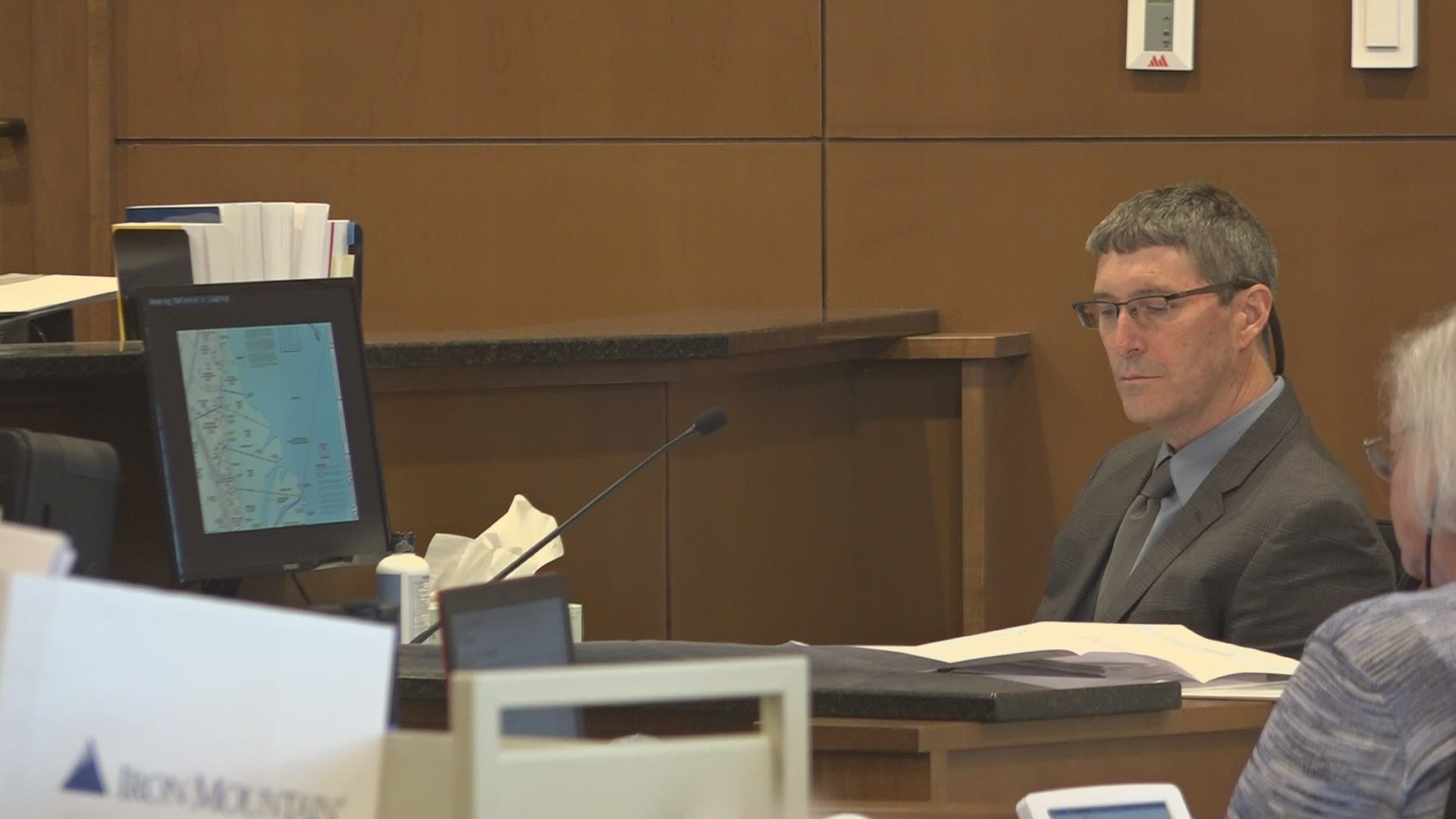 BELFAST, Maine — Witness testimony continued Tuesday in Belfast in a title, right, and interest civil trial in Waldo Superior Court. The plaintiffs hope to prove the defendants, Nordic Aquafarms and Janet and Richard Eckrote, do not have the right to access the intertidal zone next to the Eckrote's house in town.

The plaintiffs include Jeffery Mabee, Judith Grace, and Friends of the Harriet L. Hartley Conservation Area.

The ownership of that intertidal zone is important to Nordic's proposed $500M salmon farm in Belfast. The project would require discharge and other pipes to run to the Penobscot Bay to the proposed site by the town's water district.

The Eckrotes claim they own the land in question while the plaintiffs, Mabee and Grace, say they own that land.

Both the plaintiffs and the defense called land surveyors as witnesses during the first two days of the trial.

The trial began Tuesday with surveyor Donald Richards on the stand called to testify as an expert by the plaintiffs. Richards said in his opinion the land is owned by Mabee and Grace based on a deed to the property.

James Dorski was the expert witness and land surveyor called to testify by the defense. The defense asked Dorski to review his own surveying work done on the property in question.

"It came across well and we're happy with the case and we're looking forward to moving forward with the project and a resolution to the case," Nordic Aquafarms Executive Vice President Marianne Ness said. "It's been a long journey."

Dorski was asked by the defense attorney who he believed is in possession of the intertidal zone and he said in his opinion the Eckrotes do own that property.

Wednesday's court session ended with Dorski still on the witness stand. The court is in recess and will resume Thursday morning. Attorney David Perkins representing the plaintiffs said he will question Dorski after the defense is finished.

"[On Thursday] we get to cross-examine [Dorski] and we certainly look forward to that because we think there's some serious problems with his testimony," he said.

Perkins added he thinks there will be one more witness called to testify and is expecting to close the case by Thursday afternoon.

"We're very pleased with how the case is going and we look forward to concluding the case," he said.

Ness said she expects Janet Eckrote to testify during the third day of the court proceedings on Thursday.

"I think we presented our case in a good way," she added. "We have been consistent along the way and we think we made that pretty clear."