Veterans from Plymouth will be honored with a new monument, which will be unveiled on Saturday. 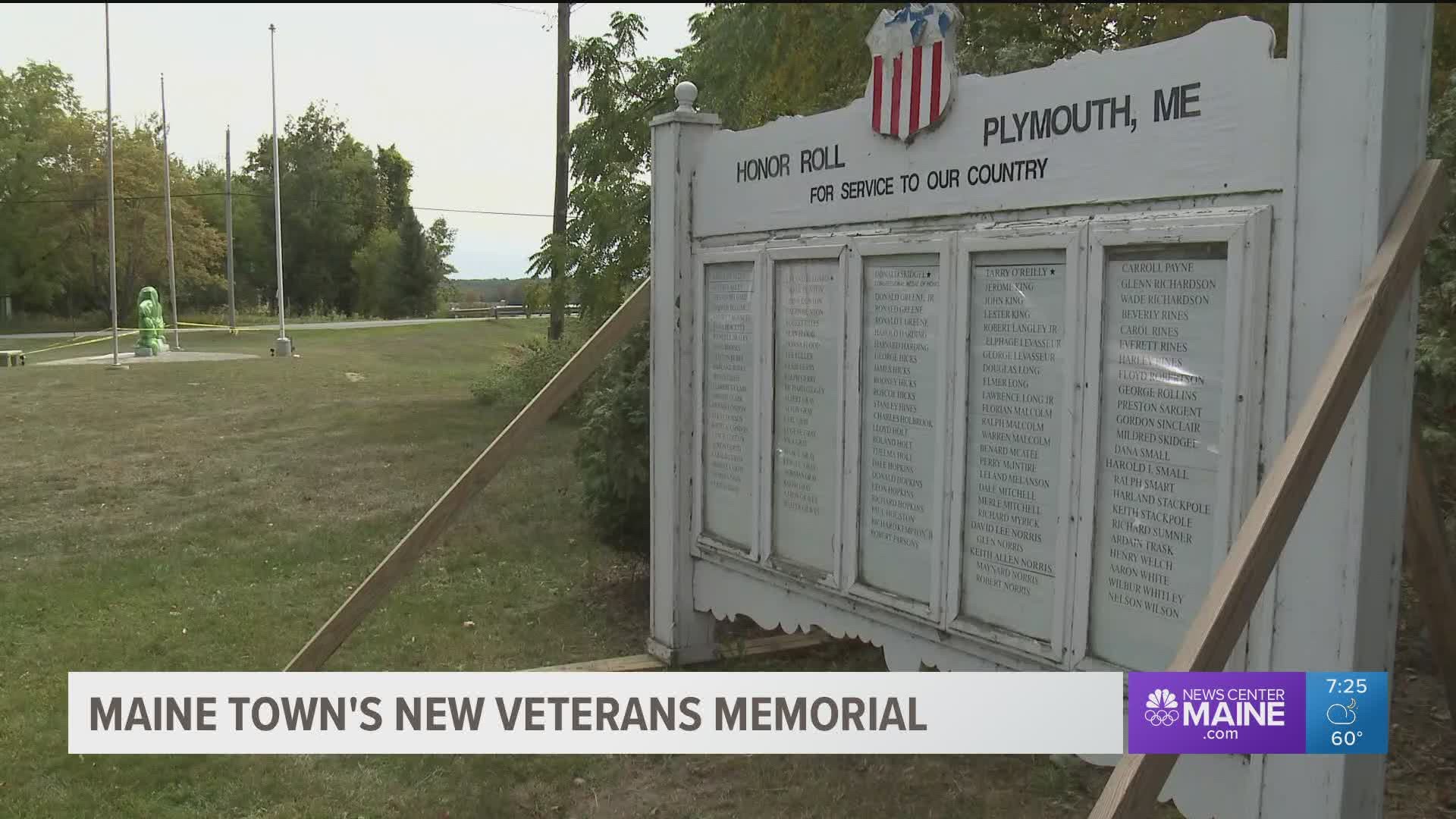 PLYMOUTH, Maine — In a year when people have had to stay apart, a lot of those in the town of Plymouth are expected to come together on Saturday to celebrate the town’s veterans by dedicating a new granite monument.

It would not have been built without a lot of donated money and labor, but also wouldn’t have happened without the town’s first selectman, Linda Seavey. She says the idea came to her on Veteran's Day three years ago, looking at Plymouth’s old, wooden honor roll. She announced, without warning, the honor roll would be replaced.

“I didn’t plan it, but I made an announcement that in three years there would be a granite monument sitting here to honor our veterans,” Seavey said.

Among those listening was Marine Corps veteran Kathy Condon, who said she had thought the same thing. So they joined forces.

“We needed to honor them and recognize each and every veteran who has served,” Condon said Friday, as both women stood in front of the green tarp now wrapped around the finished black granite monument. It will be unveiled for the town at a ceremony Saturday.

Seavey says she hopes it will send a message to others in the town, especially young people, about the work and sacrifice of those who served.

“I want my grandkids to know, I want them to understand what we have wasn’t just given to us, we earned it," Seavey said.

One of those who earned it is Leon Hopkins, an 87-year old Army veteran who was drafted at age 20 during the Korean War. Hopkins says he did not go to Korea and was sent instead to Austria for his hitch in the service. He says having his name on the monument is an honor, and all veterans should share it.

“Some went, some had it worse than others but we should all be up there," Hopkins said. "We’re all from the same town and we should be there.”

Two names on the monument are better known than most others.

Andrew Tozier, a soldier in the 20th Maine in the Civil War, was one of 161 from the town who marched off to that war. For his bravery at Gettysburg, Tozier earned the Congressional Medal of Honor.

Just over a century later, Sgt. Donald Skidgel was posthumously awarded the Medal of Honor for his bravery and sacrifice in a firefight in Vietnam.

Both soldiers are on the new memorial, a special Medal of Honor engraving by their names.

Seavey and Condon say the Center of Plymouth was once a busy place, with farms, a mill, creamery, blacksmith shop, and other businesses clustered near the dam and the stream in the heart of the village. Those are all gone now, and the land where they nonce stood is open. That’s where the monument stands today, overlooking the stream and a crossroads, across from the store and the grange hall.

It will be in the view of everyone who travels through Plymouth, honoring those who have served, and those who will join them in years to come.