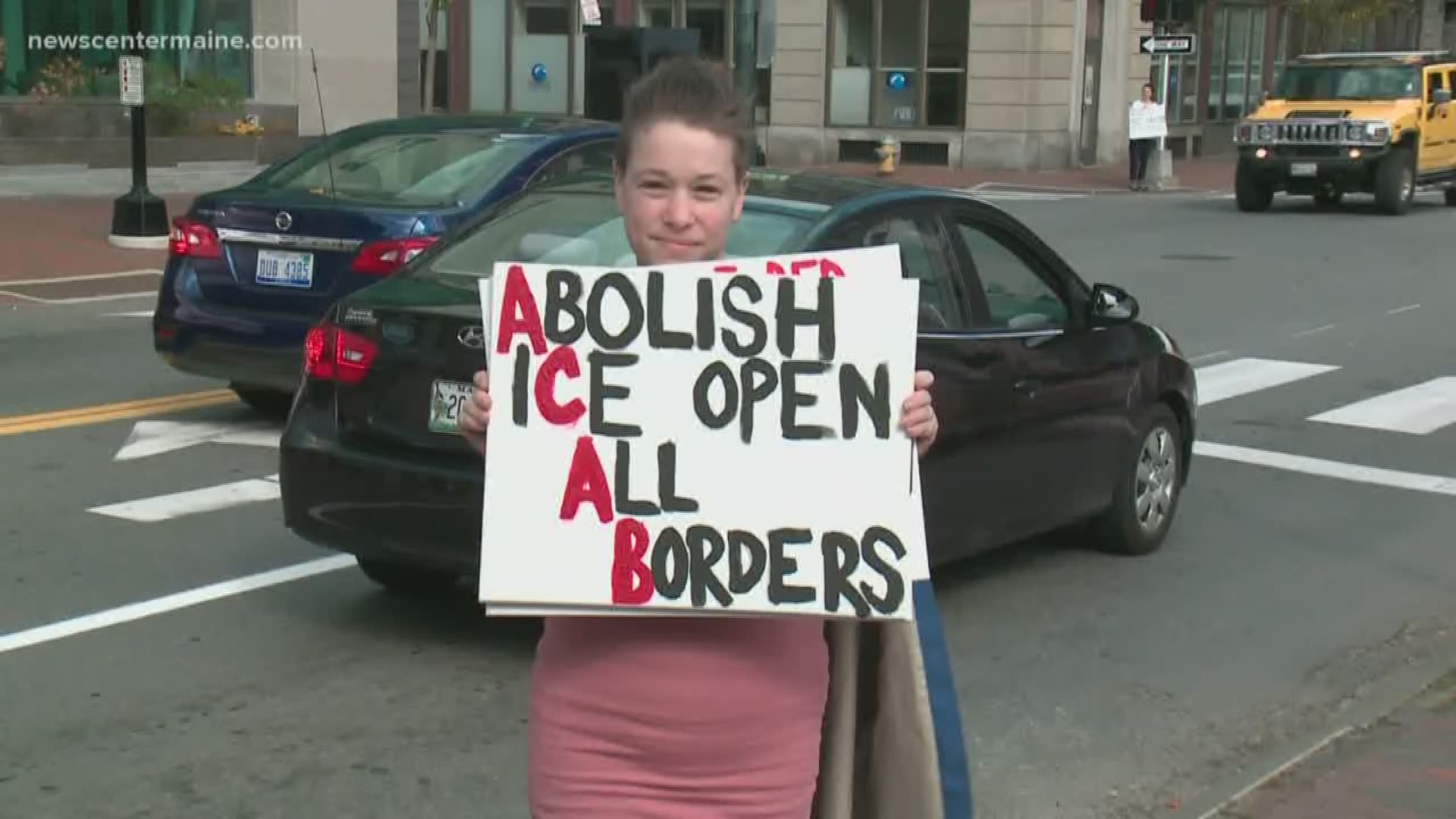 PORTLAND, Maine — A new US Immigration and Customs Enforcement Office, know as ICE, is set to open an office in downtown Portland and that has some people upset.

They believe ICE agents will increase their efforts to crack down on illegal immigrants in Maine.

But the new ICE office, which will be located on the 4th floor of One City Center, will have a different mission.

When word got out that ICE was opening an office in Portland's One City Center several dozen people took to the streets holding signs and chanting "Abolish Ice."

"Being who we are, white and having some level of privilege, it's important for us to stand up and speak out against an organization that tends to kidnap, prosecute and deport our Maine people" says Diane Russell.

Russell, a former state legislator and candidate for governor, says the protest was meant to send a message that immigrants are welcome here and that ICE is not, referring to them as the Gestapo.

But this office will not be focusing on detaining undocumented immigrants.

While the new offices will have a holding cell as part of the space, we do not do removals and this space is not intended or designed for those purposes.

Jim O'Donnell is the facilities manager at Dirigo Management Company. The company manages One City Center.

O'Donnell says he understands people's objections to investigating undocumented immigrants but that this office won't be doing that.

RELATED: In light of ICE raids, protesters in Portland spread message of hope

"There is a lot of really bad stuff that the specialists at HSI deal with and they are trained professionals, highly skilled and there not involved at all in the investigation of undocumented immigrants and removal of them."

O'Donnell says having this component of ICE at One City Center is a positive thing.

"At least this division at One City Center is there to protect us and I think their mission statement is something everyone could agree is good for this country."

There are currently several other of these offices in Portland and the greater Portland area.

ICE is simply consolidating those offices into the new one at One City Center.