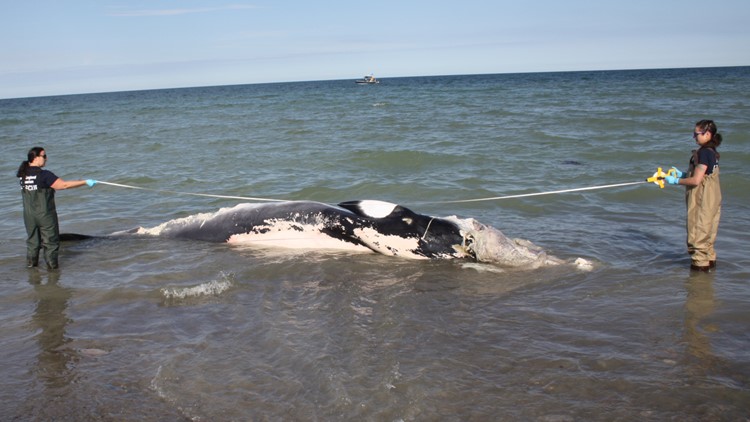 SCITUATE, Mass. — A young minke whale was found dead rolling in the surf of the Humarock section of Scituate Monday afternoon.

The New England Aquarium’s Marine Animal Rescue Team is investigating the death of the 22-foot long mammal that they say probably died within the past couple of days prior to Sept. 9 when it washed ashore.

Aquarium biologists say the whale carcass had been scavenged by sharks and the amount of tissue eaten made doing a full necropsy impossible.

No marine gear or evidence of any other human interaction was seen by biologists.

They say unlike many whale carcasses that wash ashore, the minke whale had not been first spotted floating at sea.

RELATED: 48 pounds of plastic found in dead whale that washed up in Italy

RELATED: Decomposed shark washes up on Higgins Beach in Scarborough