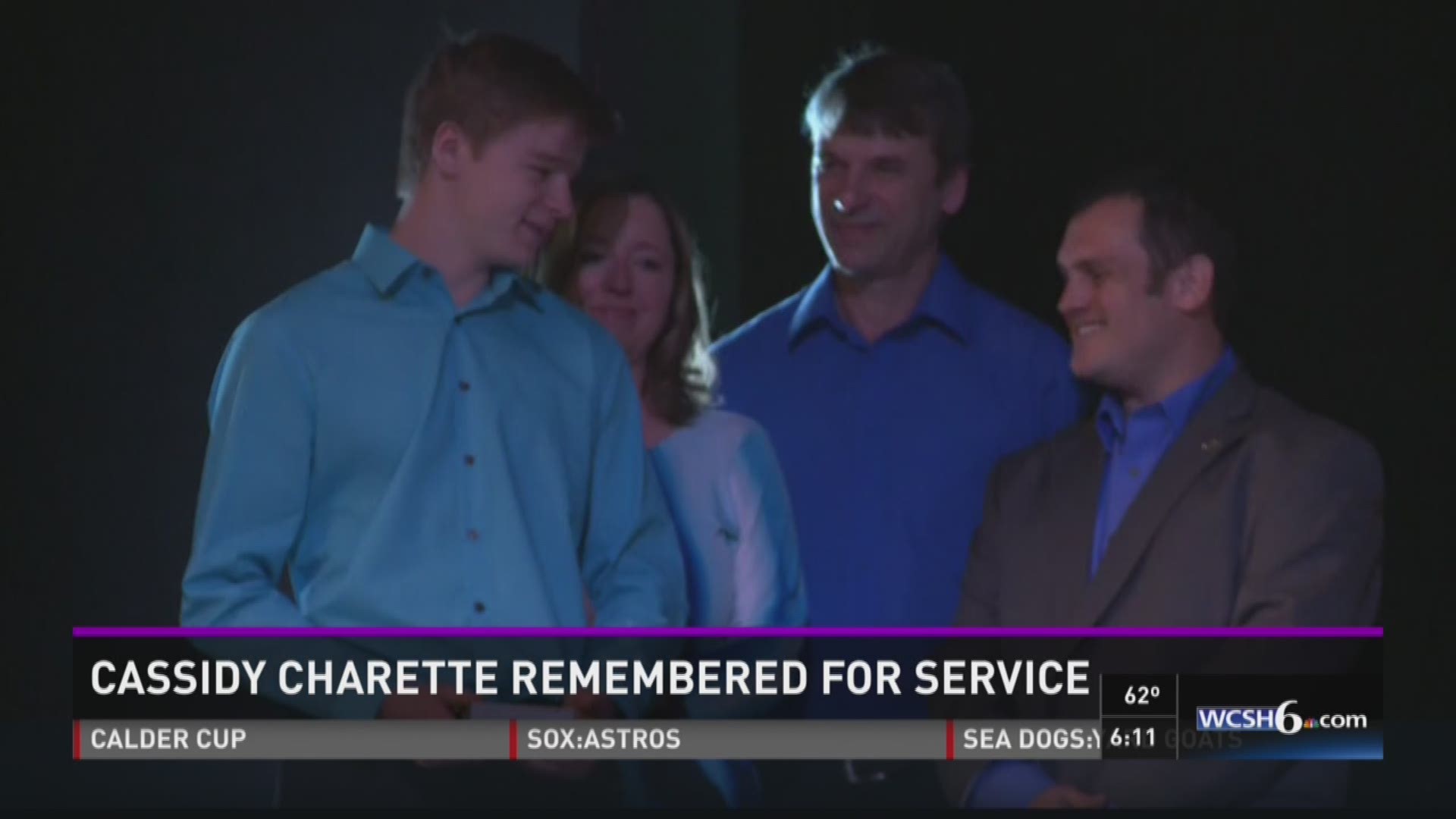 WATERVILLE, Maine (NEWS CENTER) — A teenager whose life was cut short during an accident in 2014 was remembered Saturday for her achievements in the community.

In October of 2014, a hayride accident in Mechanic Falls ended the life of Cassidy Charette. What few know is that she was two weeks away from becoming a mentor at the Big Brothers Big Sisters program of Mid-Maine.

Friday, the REM organization of Waterville honored her legacy. The Big Brothers Big Sisters of Mid-Maine chose to nominate her for this award and her family was on hand to accept it. For the organization, it was their way of celebrating Charette's life.

"It was very clear to us that honoring her program where others could shine her light through mentoring and our new program at the Alfond center was was only the way to go," said Alex Gaeth, CEO of Big Brothers Big Sisters of Mid-Maine. "The volunteerism that's arisen from this and the phrase shine on Cass is the true testament to the person Kaz was and everyone's desire to carry that on and we're just honored to play a small part and honor her here today and hopefully have more people join the movement."

Cassidy Charette would have been a senior in high school and was scheduled to graduate with her classmates this spring.