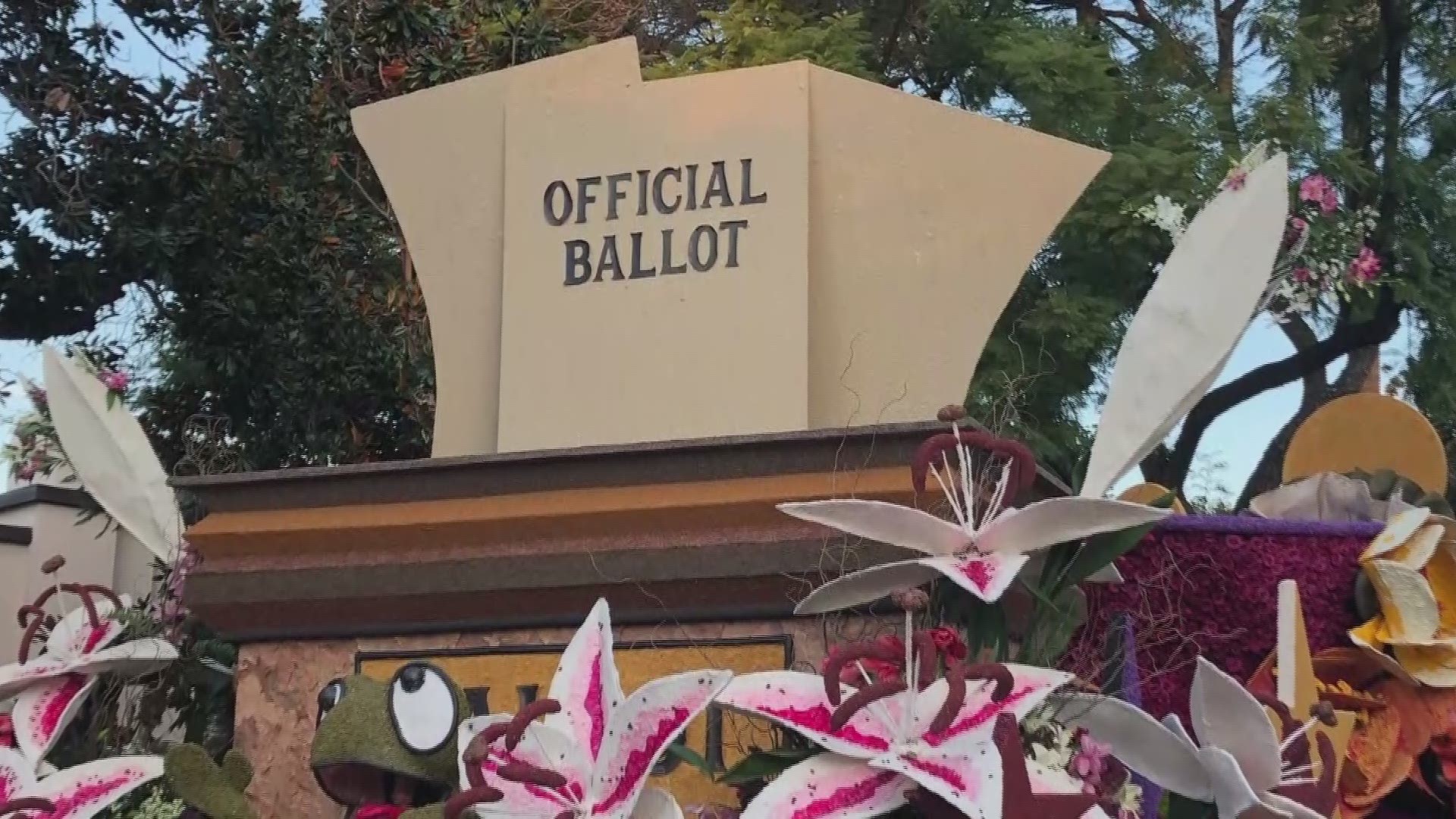 PASADENA, Calif. — The path to women's suffrage was no bed of roses. But you can understand how someone might reach that false conclusion based on the flowery atmosphere at the Rose Parade.

One of the floats was dedicated to the 100th anniversary of the 19th Amendment to the U.S. Constitution which granted women the right to vote. Representing Maine's role in that turning point in history was Kate Kennedy.

Kennedy is a social studies teacher at George Stevens Academy in Blue Hill. She dressed in period clothing from the early 20th century to march alongside the float in a reenactment of a suffrage rally.

The float attendants were drawn from across the country, each representing a state that voted to ratify the amendment in 1920. Kennedy marched beside descendants of Elizabeth Cady Stanton, Ida B. Wells and Susan B. Anthony.

“I have always been fascinated by the women who fought for my right to vote,” Kennedy said. “I’m always looking for ways to bring history alive for my students.”

The message also resonated with judges who awarded the float, titled "Years of Hope, Years of Courage," with the prize for best theme. The high praise didn't prevent some marchers from grumbling about chilly weather in the 40s. But Kennedy said, being from Maine, the temperature never bothered her.

Women still could not vote when the first Rose Parade was held in 1890. It is part of the festivities surrounding the Rose Bowl college football game which takes place annually on New Year's Day. Lavishly decorated with countless flowers, the caravan of floats runs along five miles of roads through Pasadena, Calif.

The suffrage tribute was one of 40 floats included in the 131st Rose Parade on Wednesday, January 1, 2020. Among the other spectacles on display were 20 marching bands and 17 equestrian units.

Through rose-colored glasses: A Mainer goes behind the scenes of the Rose Parade

1 / 16
Kate Kennedy
Kate Kennedy represented Maine at the Rose Parade in Pasadena, Calif., on January 1, 2020, along with fellow marchers from other states that ratified the 19th Amendment giving women the right to vote.