Maine moose becomes one with yoga retreat group in Waldoboro 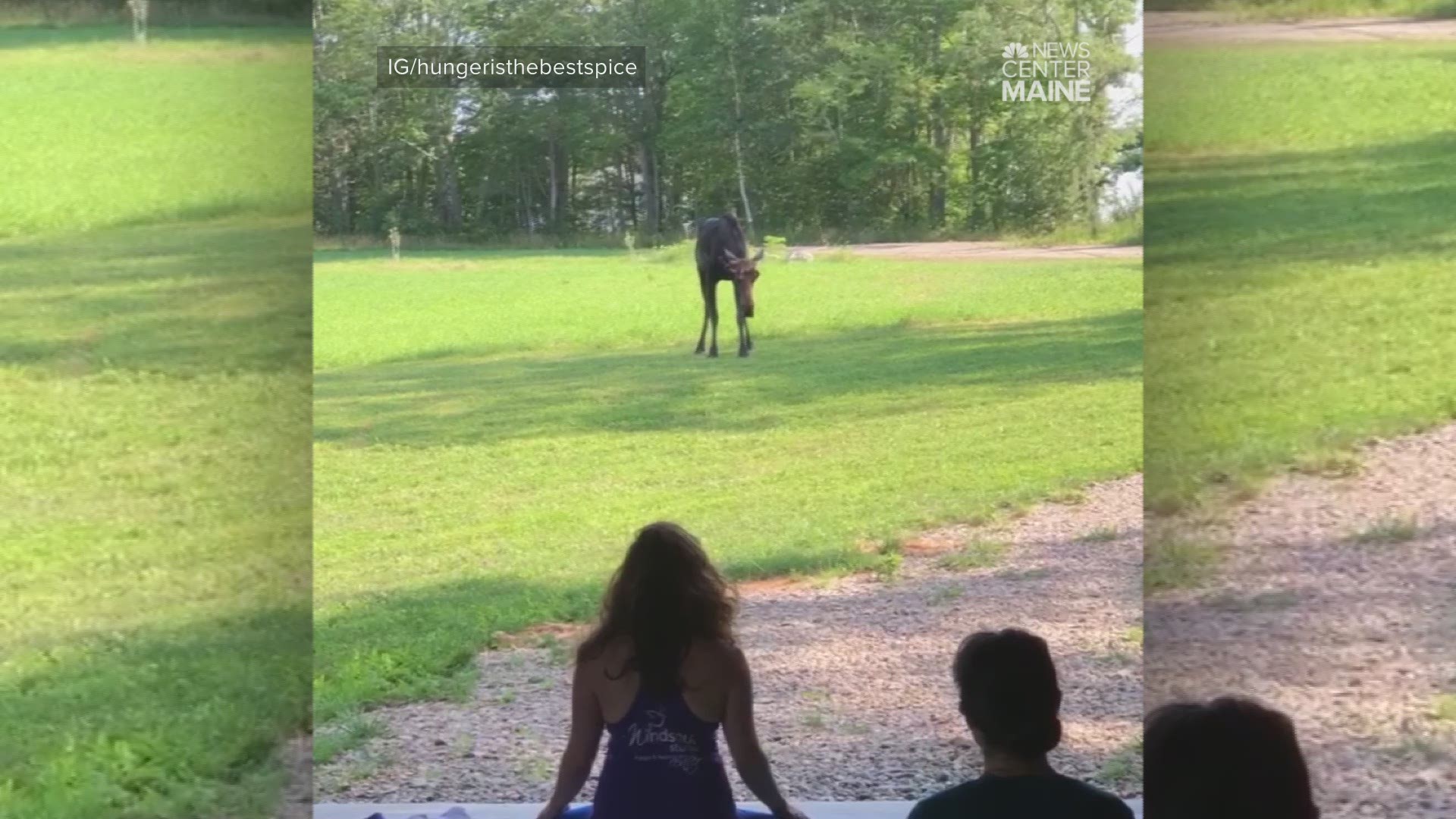 Yoga meditators, a moose, or both?

The two seemingly came together as one over the weekend when a young bull moose happened upon a yoga session in Waldoboro and evidently felt inclined to join.

Checka Antifonario, owner of yoga travel company Yogaway Retreats, had just begun leading a morning class at Tops'l Farm when the moose sauntered out of the woods. They briefly paused to take in what they expected to be a quick sighting, but the moose stuck around.

After observing and marveling quietly, the yogis got back into their practice.

Near the conclusion of the class, the group while meditating began to chant a closing mantra. That's when the moose really seemed to get into it, appearing to watch and listen to the voices. He even busted out a few yoga poses himself — some "downward-facing moose," you could say.

"Checka had just finished interpreting what the mantra... the chant meant to her," said Tammy Donaghey, who attended the retreat. "She said it meant we are all one spirit. And then this moose was taken in by us. Almost as if it was magnetic."

"It felt like he was part of the class," Antifonario said. "When he kneeled down briefly after the mantra was over, it took our breath away and brought tears to our eyes."

The yoga instructor said it was an amazing experience and one they'll never forget.