Haley Pelletier started her pediatrician residency program this week at the same hospital where she spent 54 days as a premature baby. 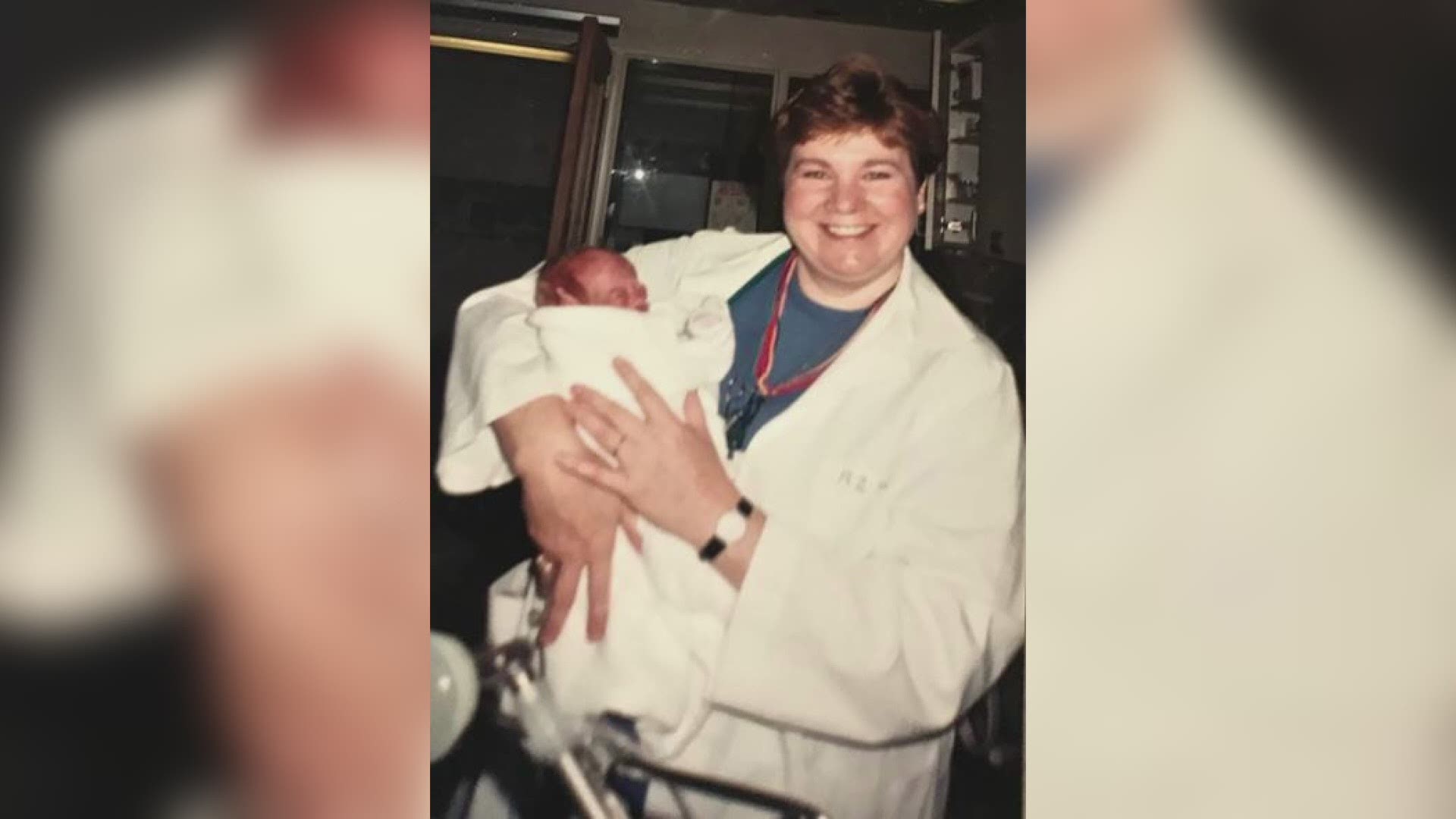 PORTLAND, Maine — The Barbara Bush Children's Hospital at Maine Medical Center in Portland welcomes a new class of doctors this week. Among them, a young woman who began her life at the same hospital as a preemie baby.

In 1994, Haley Pelletier came into the world at 2 pounds, 8 ounces. She was nearly two and a half months early.

"I had a fairly uneventful pregnancy until I developed preeclampsia, which is kind of like really really high blood pressure that comes from pregnancy," says Haley's mother Sherri. "So at some point, they made that call and told me I had to deliver because I was ready to have a stroke."

Haley spent 54 days in the NICU at Maine Medical Center in Portland.

"We were living in Augusta then and we drove down every single day," says Sherri. "Those were really really long days."

As a self-described "young and impressionable couple," Sherri and Todd Pelletier say they looked for hope everywhere they could. One such place was a special wall inside the NICU at MMC.

Todd says, "There was a bulletin board and you'd see pictures of kids in kindergarten or high school who had been preemies. We'd look at the bulletin board every day to see if there were new kids."

Eventually, Haley was healthy enough to leave the hospital. Her parents say they're so grateful she became one of those success stories.

"They don't always turn out this way," says Todd. "Haley, I mean, it turned out far beyond what we would ever dream."

Exceeding their wildest dreams, Haley went on to become a collegiate field hockey player, competing at the University of New England, and graduate of UNE Medical School.

Now, at 26-years-old, Haley is back at Maine Medical Center, as a pediatric resident at the Barbara Bush Children's Hospital.

"Caring for tiny babies is a piece of pediatrics that I'm especially interested in," says Haley. "I think there is probably no surprise why."

Haley was initially hesitant to be interviewed by NEWS CENTER Maine.

"Haley is very humble," says Sherri. "She doesn't want anything to be about her."

But ultimately, Haley agreed to the story because she wanted to shine a light on the care she received as a baby at MMC.

"I know my parents are very proud, but I definitely think my story is more a testament to all the amazing staff who took care of me, and supported me throughout childhood, as well as having such supportive parents," says Haley.

"I would never want this to be like 'look at me and all the awesome stuff I did' because I really don’t feel that way and I don’t think that’s what this story is about."

"Really I just feel so lucky to have the privilege to do my pediatrics training at Maine Med, learning from so many incredible pediatricians and providing care to the children of Maine. It’s a dream come true in every way," says Haley.

Haley says being a preemie baby is something she has carried with her throughout her life and she believes it will help shape her into the type of doctor she wants to be.

"What I've taken more from this is the kind of physician I want to be and be able to provide that kind of reassurance to my patients and their families."