Scott Desjardins, superintendent of the cemetery at Normandy, is a Maine native himself and says there will be a lot of Mainers in Saturday's ceremony. 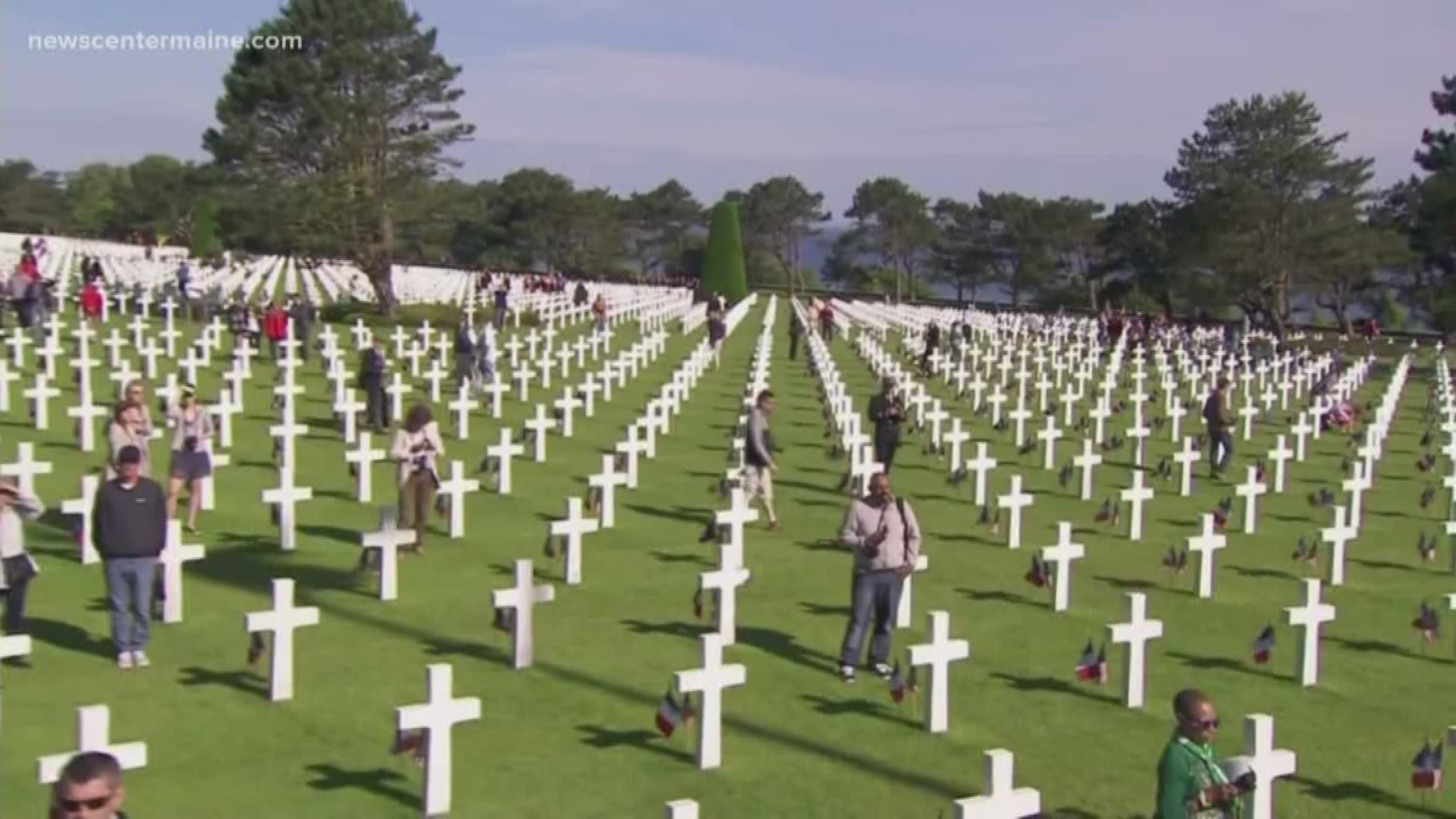 PORTLAND (NEWS CENTER Maine) — Mainers are in France this weekend to honor thousands of American soldiers and sailors who died in World War II.

Wreaths Across America on Saturday morning will place Maine balsam fir wreaths on the more than 9,000 graves at the American Cemetery in Normandy. It’s the latest expansion by the organization, which places wreaths on the graves at Arlington National Cemetery each year.

Scott Desjardins, superintendent of the cemetery at Normandy, says Saturday’s event is expected to attract a very big crowd. Desjardins is a Maine native himself and says there will be a lot of Mainers in Saturday’s ceremony.

RELATED | Wreaths Across America to place Maine wreaths in Normandy

"There’s a very strong Maine connection," he said by phone from France. "Of course, Wreaths Across America is from Maine, I’m from Maine, the veteran we will have here tomorrow, Charles Shay, the Penobscot Indian who landed on the beaches 6th of June, 1944. The head American representative who will be there tomorrow, the deputy chief of mission at the US Embassy France, and he’s from Knox County, Maine."

That ceremony starts at 4 p.m. local French time (10 a.m. Eastern). The later afternoon time in Normandy is designed to cooperate with local residents, who Desjardins says plan to honor those in the cemetery by placing candles on the headstones.

He told NEWS CENTER Maine that local residents in Normandy are still very grateful to Americans for freeing them from the grip of Nazi Germany.

The cemetery will mark the 75th anniversary of the D-Day invasion in June.