The large holes and deep cracks on Maine's roads are bad this year, making for tricky travel and some very frustrated Mainers. 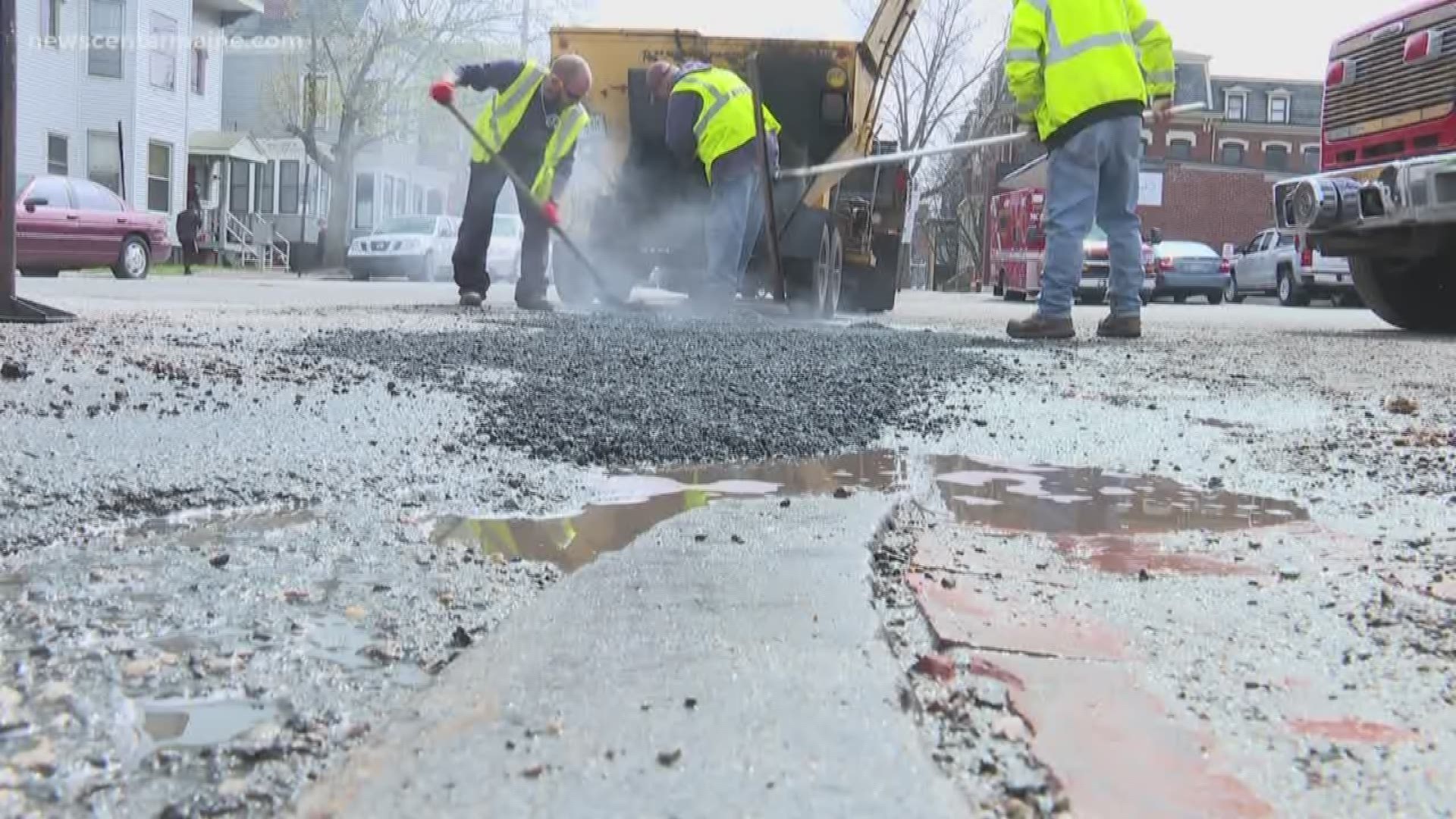 MAINE, USA — Spring in Maine can be frustrating. This year's spring in particular.

Consecutive days of rain, colder than normal temperatures and plenty of pot holes.

It's something most drivers in Maine can agree on, the pot holes this year are a big problem.

NEWS CENTER Maine talked to many drivers about the issue.

"I think they really bad this year, yeah they need to be fixed."

"I had a bad experience once where I got a flat tire, like I hit a pothole and it exploded."

The pothole pain is statewide.  A recent social media post about the state of our roads has people from all over Maine commiserating, posting their vote for the worst roads in Maine.

"I just wish they would get on it and cover them up, put some black top on them" said another woman.

They're working on it. We caught up with one of two crews in Portland dedicated to filling the city's pot holes.

"It's a very big city. We've been a day and a half on Congress St. alone" says Chris Nassa, a Portland Public Works Supervisor.

Nassa agrees the pot holes are a lot worse this year, blaming extremes in our winter and spring weather.

"It think its because of the rain. Rain has a lot to do with it."

They're finally able to put the hot top or asphalt on the pot holes, which means they should stay covered, when they're able to get to them.

"You can never catch up, we have a stack of work orders trying hard, working 10 hours a day to try and fill the void" Nassa says.

In the meantime, one driver we talked to said  "I kind of threw my tires, had to take it to my mechanic."

"Unfortunately it's where we live, the environment we live in."

Galvin says they always sees a bump in business this time of year.

It's been a rough season for the roads and for the people who drive them.

But in every situation there is always someone who takes the strife in stride.

"Spring is here. Potholes go with spring and the daffodils, so i'm not going to complain" one woman told us.

She may be the only one.

Fixing the roads is time consuming. In Portland alone, the public works supervisor, says they will be filling pot holes all summer long to keep up with the demand.