Knowing there are many out there who are missing their grandparents or grandchildren too, they're sharing how they were able to pull this off without a "quidditch." 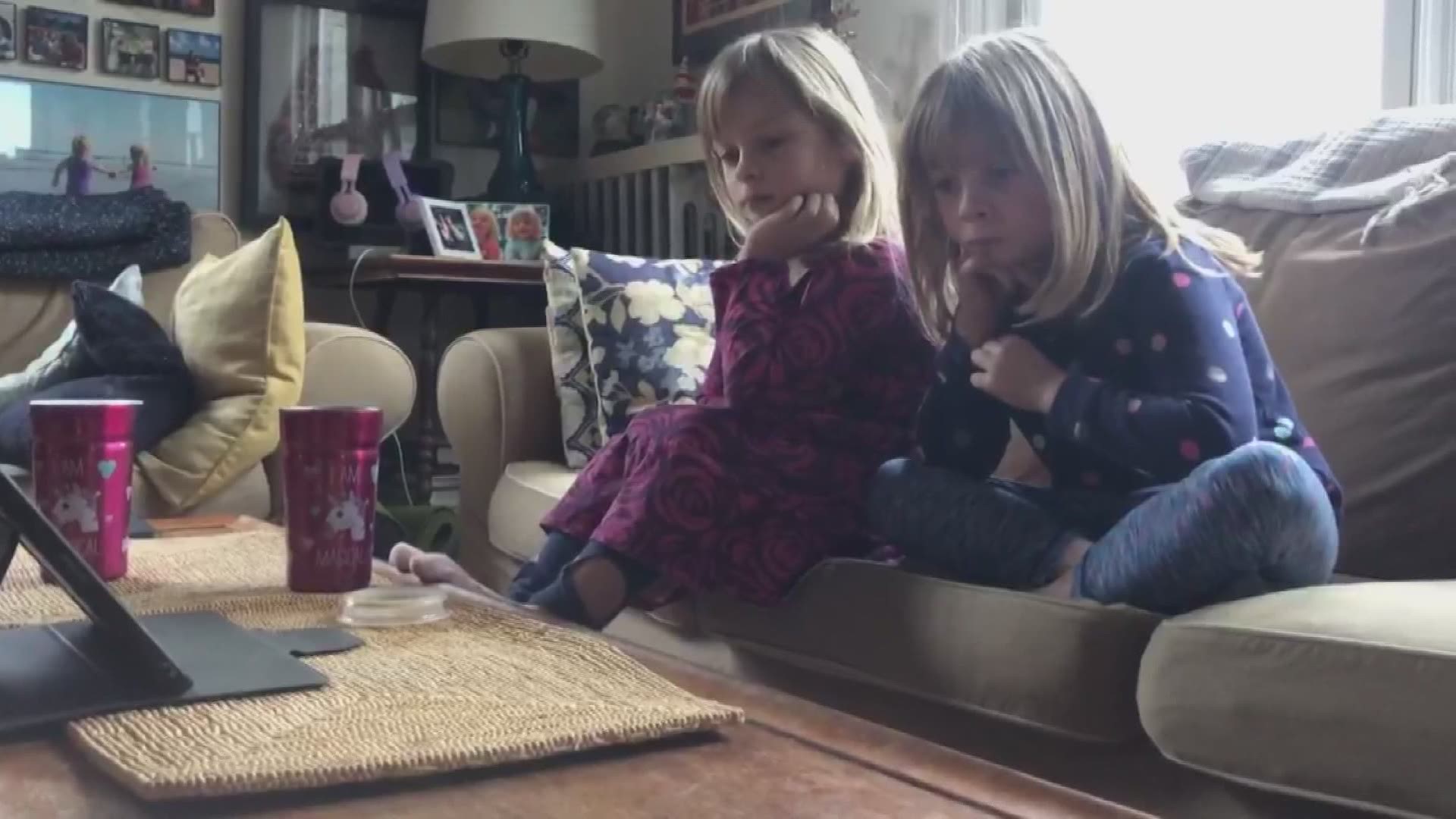 SOUTH PORTLAND, Maine — "Happiness can be found in the darkest of times if one only remembers to turn on the light."

Those are the words of Albus Dumbledore from the "Harry Potter" series.

When there are so many people we haven't been able to see this year, we are certainly dreaming for that post-pandemic world.

But for one Maine family, they are taking those words to heart and are staying connected with their grandma who lives out of state with a little help from the world of wizards.

"Last Christmas they came here as they have for the last couple Christmases but of course not this year," Mary Hayes, who lives in Chapel Hill, N.C., said.

It's been a long time since Hayes saw her grandchildren, Eva and Olivia Schnaible.

"Very sad," she said. "We have made it a practice to go up to Maine once or twice a year and they would come down at Christmas and that's all gone."

Back in March, the girls started reading "Harry Potter" with their mom.

"About a third of the way through book two, I took over. And I've been reading to them ever since," Hayes said.

So for nine months, it's been their special thing.

"It's become sort of a breakfast club thing," Hayes said. "I get on at 8:30 [a.m.] and they eat breakfast and listen to Harry Potter and we miss days when they have a class or things that have to do with school but by and large we have been doing this every single day."

Getting two 7-year-olds to sit still on Zoom with Grandma for nearly an hour every day for the last 9 months? It's possible! They pull it off without a "quidditch." More tonight at 5 @newscentermaine pic.twitter.com/Pca8ehd6eJ

This week, they completed the final book in the series.

"It really gives us something to focus on and to talk about and I get a chance to see them every day more than just a little, 'Hi how are you?'"

Knowing there are many out there who are missing their grandparents or grandchildren, too, they want to share how they were able to pull this off without a "quidditch."

"If you're a grandparent couple pieces of advice; one of them get started early in the day when everybody's fresh. 8:30's a good time," Hayes explained. "And the second is—don't expect 6- and 7-year-olds to sit there for 40 minutes without moving a muscle. That's not going to happen!"

"Also bring something to eat or something to play with. Or just something to keep your hands busy," Eva, also 7, said. "And don't talk over while the grandparents are reading."

"Somehow I think this has actually strengthened the bond between the girls and their grandma significantly," their dad, Cory Scnaible, said.

Hayes has one more rule: You must remain on the zoom screen. If you leave the room, she'll stop reading. And she says that rule has helped them tremendously.

RELATED: A mother's love and a son's inspiration