The pandemic has not slowed boat sales in the US. In fact, the industry is riding the wave of a buying surge. 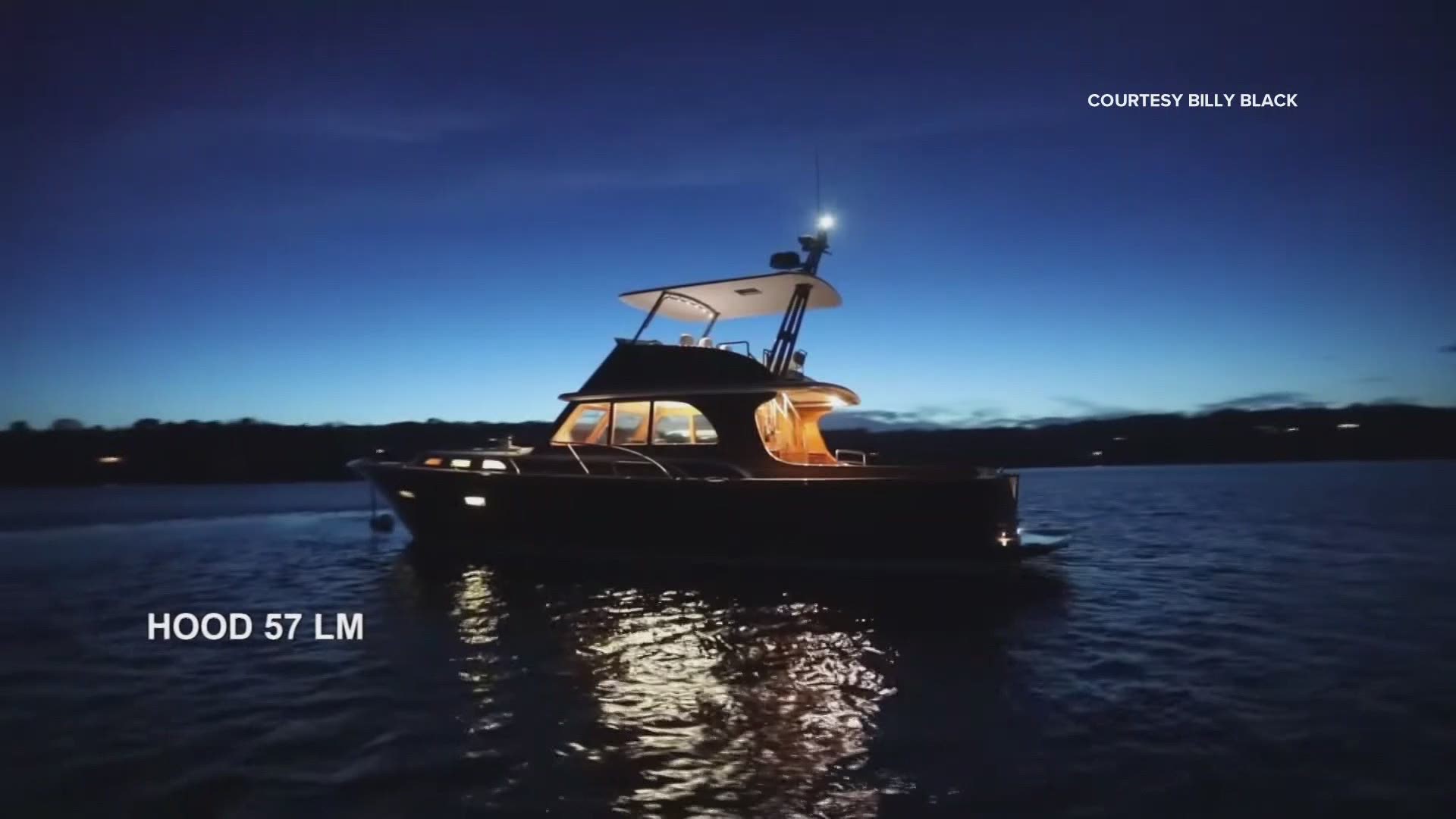 THOMASTON, Maine — In the bright and enormous main shop building next to the St. George River, the craftsmen at Lyman Morse are building a pair of 46-foot sailing yachts. At the far end of the shop, a 35-foot power yacht is under construction.

A year after the start of the COVID pandemic, business at the custom yacht building appears to be good and could get even better, thanks to a boat the yard completed and launched last year.

Last fall, the boatbuilder launched an elegant power yacht they call the Hood 57 LM, named partly for the primary designer and partly for the builder. That boat is now in the running to be voted Boat of the Year for new powerboats by Classic Boats magazine, a British publication.

The 57-footer, with polished wood adorning the exterior of the cabin atop a red, wood-composite hull, was built for an owner in Massachusetts. It has garnered a lot of attention, and Drew Lyman said it’s the blend of looks and performance, with traditional Maine craftsmanship, which he said has become a calling card for the company.

“The style, the attention to detail, that’s where we shine. Then the high-end technology, with a classic looking package (and) you have this really interesting mix.”

This is the second time in three years a Lyman Morse boat has been in the running for Boat of the Year honors. They say a sailing yacht named Anna won the award in 2019. The chance to earn it for a second time with a power yacht, they say, would be a strong message to prospective clients—and to the 144 people who work for Lyman Morse.

“It’s the pride that goes around something like that. When you get nominated for two boats in three years, the crew, the whole morale of the company, everyone rallies around that,” Lyman said.

They also hope the Hood 57 LM will become the model for more yachts using the same basic design. Similarly, the company is hoping the two 46-foot sailboats will also become the start of a “series” of similar yachts.

There was a surge on interest in boating in 2020, and Lyman expects that to continue this year.

Earning another Boat of the Year award, he said, could make it that much better.

Voting for the Classic Boats competition runs to March 7. The public can vote for the Maine-built Hood 57 LM at the magazine website.