Delta Thermo Energy was announced as the potential buyer of the Hampden-based waste-to-energy facility, operated by Fiberight until it suspended operations last May. 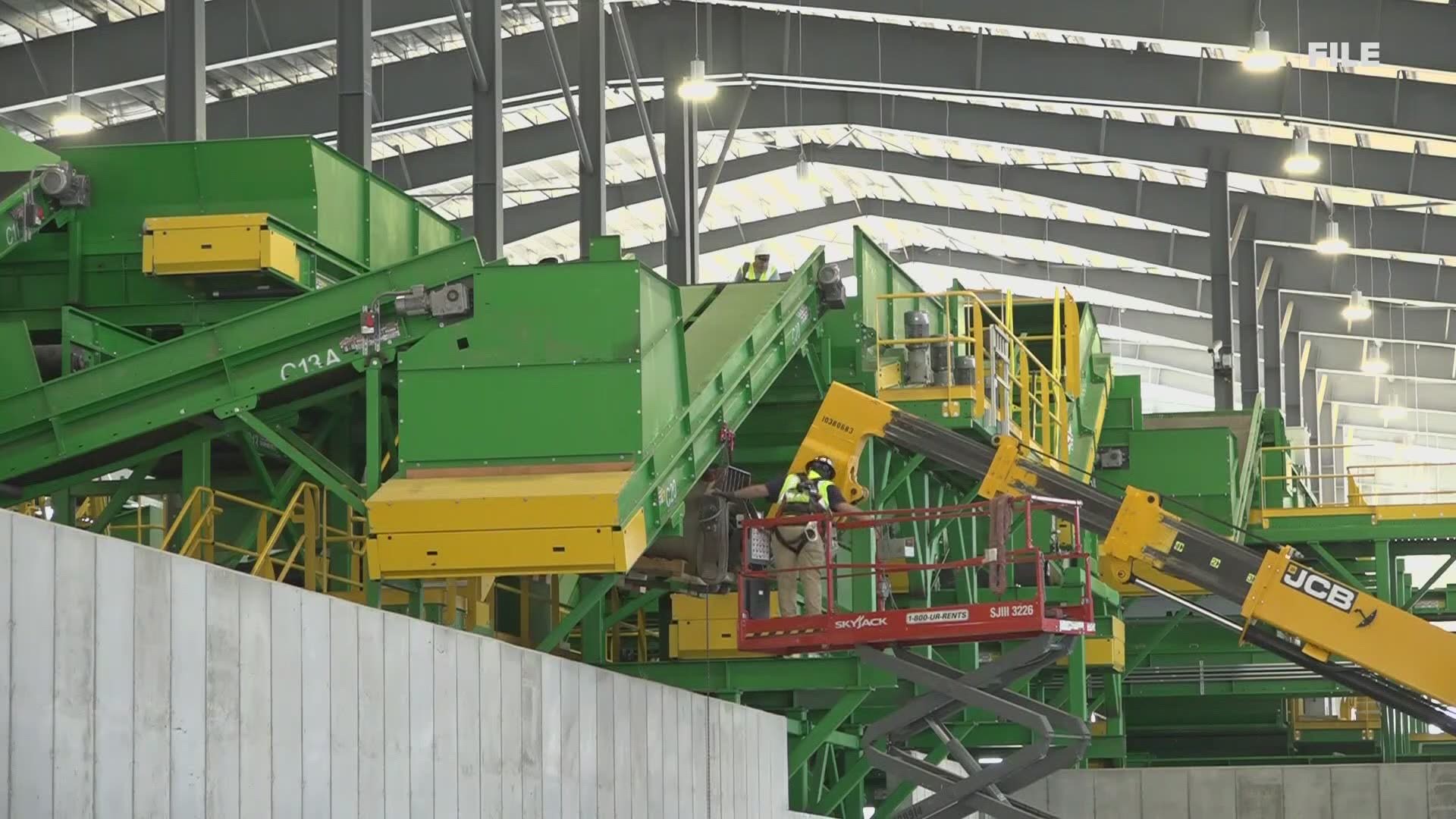 HAMPDEN, Maine — When the Fiberight facility opened in Hampden last May, there was excitement. The plant promoted a 'one-bin, all-in' motto as residents of more than 100 cities and towns in Maine could leave their trash and recycling in the same container and the facility would do the rest.

It was a promise the Municipal Review Committee (MRC) made to its members but wasn't kept very long. The MRC oversees the waste distribution of 115 municipalities in northern and eastern Maine and was sending all that waste to Hampden when the facility opened in 2019.

The plant suspended operations late last May. Since then, the trash from all the MRC's member towns has been making its way to landfills or the Penobscot Energy Recovery Center in Orrington (PERC), a similar waste-to-energy facility.

While the MRC continued this contingency plan for months, it was also on the lookout for a new operator of the plant. On Tuesday, a potential buyer was named after weeks of closed-door discussions.

“MRC’s complete board of directors met with the potential and their team. It is actually the same folks you’re about to meet with now," MRC Executive Director Mike Carroll said to kick off the latest Town Hall streaming event.

The new buyer, Delta Thermo Energy, is a Pennsylvania based company that owns and operates several waste-to-energy facilities around the world. CEO and Founder Rob Van Naarden said he wanted to bring his company to Maine for a few reasons.

The first is the rural layout of the state and Maine's focus on environmental practices appealed to Van Naarden, as during the Town Hall he referred to himself as an environmentalist.

“But most importantly, the facility already exists, the building is there and the contract with the 115 municipalities is in place, that’s what we’re acquiring," he added.

As the MRC and Delta Thermo Energy continue to finalize the deal, Van Naarden expects the plant will employ around 30 people each shift and will operate 24-hours a day, seven days a week.

Sarah Nichols is the Sustainable Maine Director for the Natural Resources Council of Maine (NRCM). She and the NRCM work on all the waste-related policy for the state and local level, including the ones for this facility.

“Historically these mixed-waste processing facilities have never been successful," Nichols said. “The NRCM didn’t believe that there was sufficient data to show that this was going to be a successful venture.”

Nichols added members' low tipping fees, the price you pay to dispose of your waste at a landfill or water facility, are lower than other facilities which means the facility isn't making as much money.

Financial concerns were why the Hampden-based facility shut down, to begin with. In the MRC Town Hall, it was announced members' tipping fees would remain the same price.

The potential buyer and the MRC are already in the permitting process with the Department of Environmental Resources, so when the deal is closed, Delta Thermo Energy can begin to reopen the facility.

Van Naarden said it will take 30-60 days to get the plant running.

It's almost all but certain that this facility will be operational in the early months of 2021, but Nichols is still skeptical about the plant's potential success. She said the waste-to-energy plants like the one in Hampden and PERC are hungry trash monsters and need waste to operate, even though there isn't enough to go around.

In late November, PERC requested waste from Northern Ireland, to make sure it had enough 'reserves' to keep its boilers running during the winter. The plant had been taking waste from the MRC members but knew that deal would soon come to a close.

In an offloading accident, two bails of shredded plastic, intended for PERC, ended up in the Penobscot Bay floating onshore and causing weeks' worth of cleanup.

Nichols added the state needs to change its waste laws.

“We need to switch, let’s say our taxpayer-funded system, to a new system. We need to make it more expensive and less attractive to send waste to Maine," Nichols said.

Because of a loophole, any out-of-state waste that is processed in Maine becomes our issue and needs to be disposed of. Nichols mentioned nearly one-third of the waste that enters Juniper Ridge Landfill in Old Town is from out of state each year.