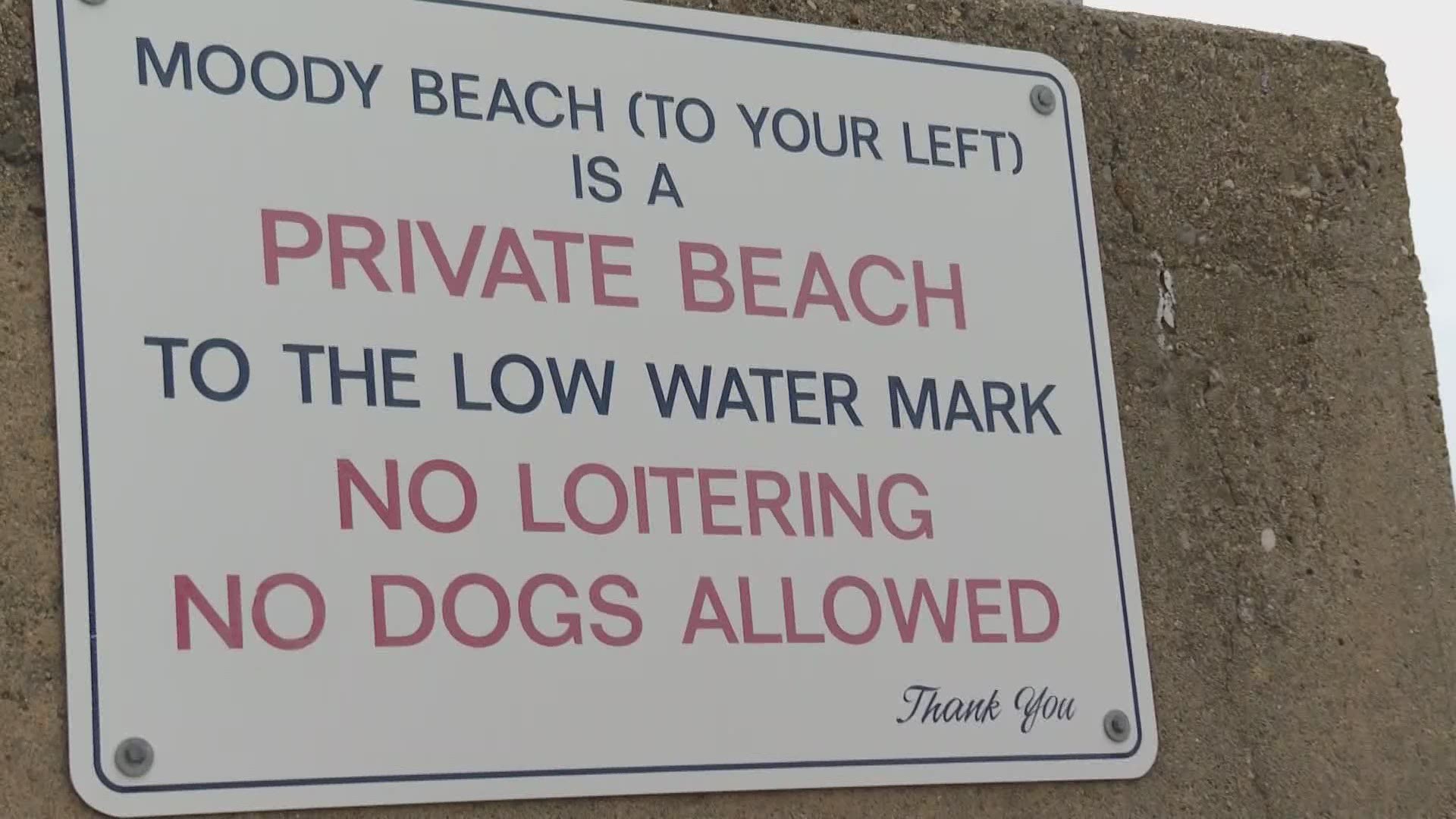 MAINE, USA — Maine's tidal coastline is 3,500 miles long, but only 1 percent of that is made up of publicly owned beaches. A new lawsuit aims to change how much access the public gets to the other 99 percent.

"In 1989 there was what was last of a series of decisions we call the Moody Beach cases," Benjamin Ford said. Ford is representing the group of 23 people.

That 1989 decision declared that the up-land owners owned the intertidal directly next to their property, therefore anyone who was enjoying a beach day or using the coast for marine research would be trespassing. The three exceptions are fishing, fowling, and navigating.

Now, 32 years later, "we're claiming that the state owns the intertidal," Sandra Guay said. Guay is a partner working with Ford on this case.

Ford and Guay said this is the first time this specific question will be brought before a judge.

"Answering those constitutional questions about who owns the intertidal," Guay added.

In most other coastal states, the state owns the area between low and high tide.

"This is an argument, the plaintiffs' argument, I have seen for several years," Gordon Smith said, he's representing at least one of the private land owners in this case.

Smith has also worked on cases like this in the past, including two years ago, when the question was," whether the public had the right to harvest rockweed that was growing on private intertidal land without the landowner's permission."

Smith won that case in the Maine supreme court and said intertidal land has been treated as the upland owner's property by the court, as well as the state for hundreds of years.

Ford and Guay hope to change that.

"We need to readdress the original bell decision to clean up what is the law here in the state and in so doing clarifying who owns the intertidal and what the intertidal can be used for," Ford said.