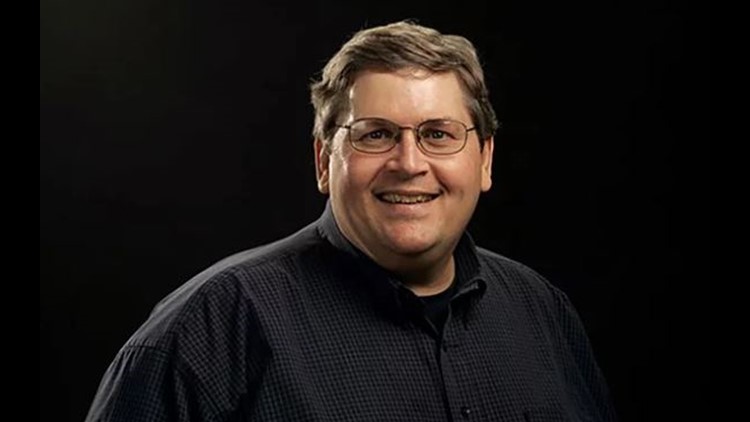 OMAHA, Neb. — Before Ken Fuson passed away from liver cirrhosis on January 3, he penned his own obituary in his signature humorous style which is now going viral.

In The Des Moines Register, one of the newspapers Fuson worked for as a reporter, he wrote, "Ken Fuson, born June 23, 1956, died Jan. 3, 2020 in at Nebraska Medical Center in Omaha, of liver cirrhosis, and is stunned to learn that the world is somehow able to go on without him."

Fuson described a few other jobs, including a role in the marketing department at Simpson College, where he remained until 2018.

"He enjoyed it very much, but once again forgot an important lesson: Always have a Plan B."

He explained that he was diagnosed with liver disease at the beginning of 2019, which he said was ironic since he hardly drank.

Fuson got serious writing about being a member of the choir at the First United Methodist Church in Indianola.

"The choir members will never know how much they helped him. He then joined the Lutheran Church of Hope. If you want to know what God's love feels like, just walk in those doors. Seriously, right now. We'll wait. Ken's not going anywhere."

RELATED: Writer of 'The Graduate" and 'Get Smart' Buck Henry dies at 89

RELATED: Beloved 90s hit 'The Nanny' coming back as a musical

But just like that, Fuson got right back to his sarcasm saying he would like, "everyone to wear black armbands and wail in public" instead of sending flowers during a one-year grieving period.

"If that doesn't work, how about donating a book to the public libraries in Granger or Indianola," he wrote.

Fuson noted that he is deeply sorry for anyone he still owes money but promises to let you cut in the line to get into heaven.

"Yes, this obituary is probably too long. Ken always wrote too long. God is good. Embrace every moment, even the bad ones. See you in heaven," he ended.