Rep. John Lewis lies in state at the U.S. Capitol

The body of Congressman Lewis will lie in state until 10 p.m. Monday. 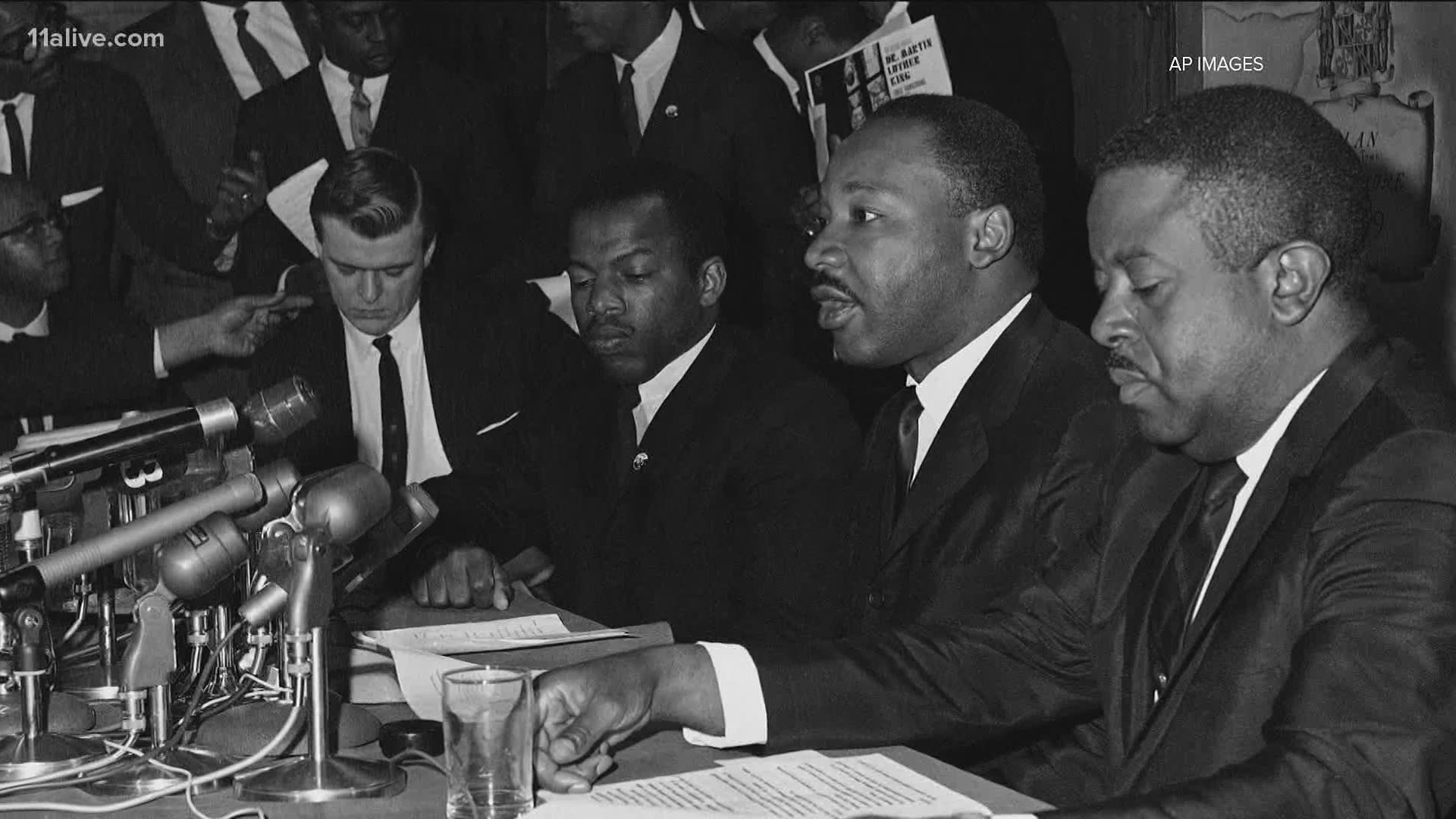 Lewis represented the district, which primarily much of the city of Atlanta, mostly unopposed in the intervening years.

Congressman Lewis represented the citizens of metro Atlanta for more than 30 years, championing civil rights and other causes over the years.

He was a member of the powerful Ways and Means Committee as well as the Joint Committee on Taxation. Lewis also chaired the House's Subcommittee on Oversight.

On Monday, Lewis goes back to Washington DC for the final time.

His casket, accompanied by his family, arrived at Joint Base Andrews from Montgomery, Ala., late Monday morning.

A motorcade carried Lewis through important locations in the nation's capitol before arriving at the Capitol Building, where Congressman Lewis was received during a special ceremony in the Capitol Rotunda.

The body of Congressman Lewis will lie in state at the Capitol through 10 p.m. Monday.

For a portion of that time, his casket will be placed on the steps of the building, where members of the public will be permitted to file past and pay their respects to the man referred to as the "Conscience of the Congress."

Rep. John Lewis in Washington for the final time

1 / 34
AP
The flag-draped casket of the late Rep. John Lewis, D-Ga., a key figure in the civil rights movement and a 17-term congressman from Georgia, lies in state, Monday, July 27, 2020 at the Capitol in Washington,. (AP Photo/J. Scott Applewhite, Pool)

John Lewis remembered for his life-long fight for civil rights

She was with John Lewis on the Edmund Pettus Bridge. She shares what she learned from him

Brenda Wood's Last Word on Congressman John Lewis: 'We didn’t deserve him. But Lord, did we need him!'