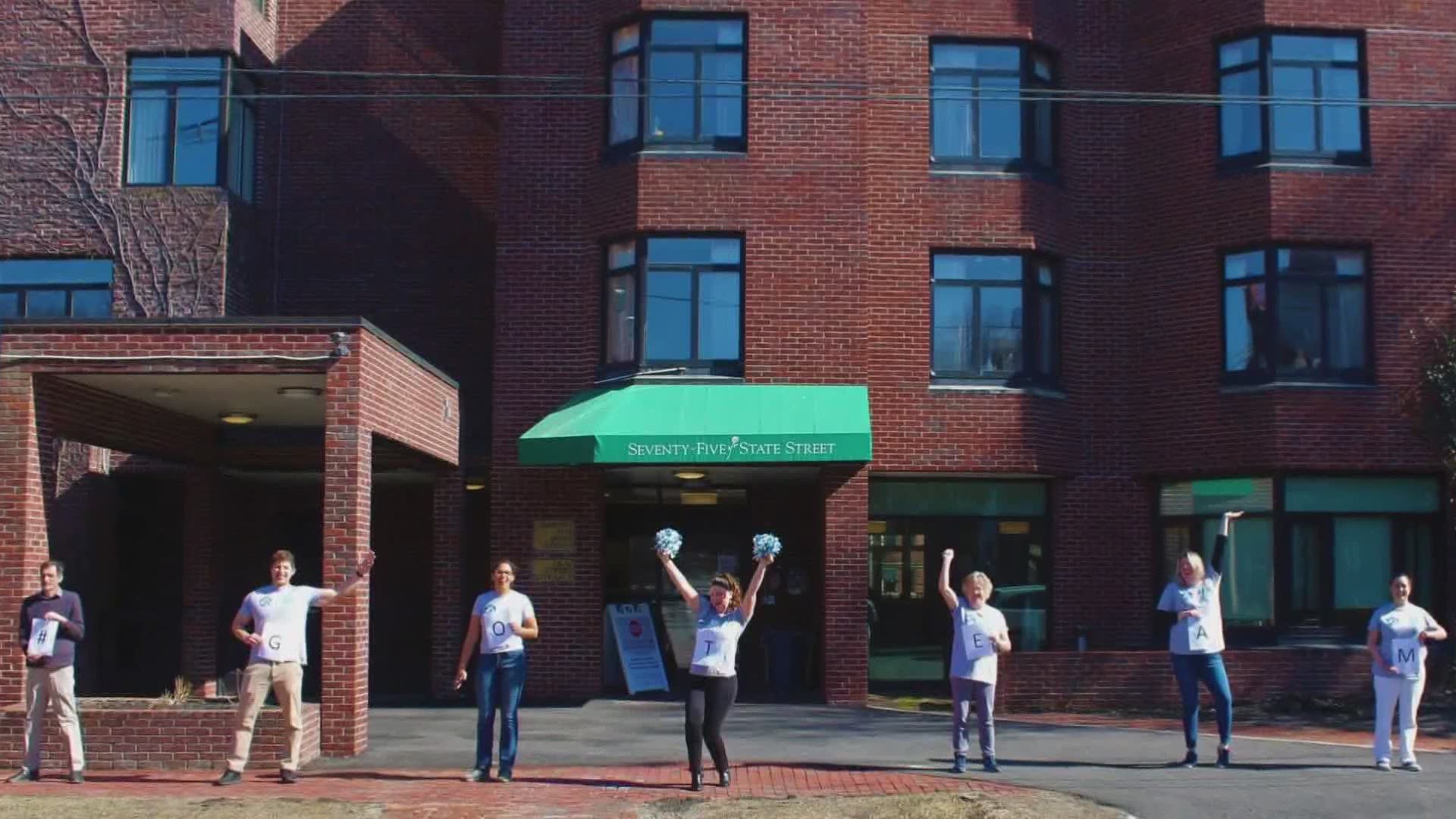 PORTLAND, Maine — By now, everyone knows the importance of social distancing in order to slow the spread of COVID-19. However, that separation can take a toll on mental well-being, particularly among the elderly.

Recognizing that, a resident at a nursing home in Portland has taken the matter of curbing loneliness into his own hands.

Barry Smith lives at the 75 State Street senior living facility. When residents there were required to social distance in March, he created a weekly newsletter called the "Strong Signal."

"People just responded," says Smith. "They complain about each other or they'll talk about how they saw out the window their granddaughter and how she waved to them."

Facility Marketing Director Lauren Webster says, "It has everything from poetry and words of thanks and prayer to political debate and complaining about things. It's a free forum for residents to communicate with each other!"

While the Strong Signal is posted to the facility's Facebook page, it also goes out to residents on paper each Friday.

It was important to Smith that everyone could connect through the newsletter despite technological limitations.

"Out of 140 people, only 18 of us have the ability to use computers. It's not that they couldn't use one, it's just that they never have, and never want to," says Smith.

So far, more than a dozen issues of the Strong Signal have been released. Smith says he's not sure whether it will continue beyond the pandemic.

"If everyone has the ability to see each other in the halls and in the dining room again, they probably won't need a piece of paper to arrive at their door every Friday to tell them about what Betty Jones thinks about her new hairdo," says Smith.

However, he's grateful for what the newsletter has brought to his life and the lives of other residents for the time being.

"It has certainly brought me something. It helped my loneliness and I would say based on the responses I've heard that it has helped many residents' loneliness," says Smith.

RELATED: 'I'd like to give somebody a hug' -- impact of social isolation on health of seniors