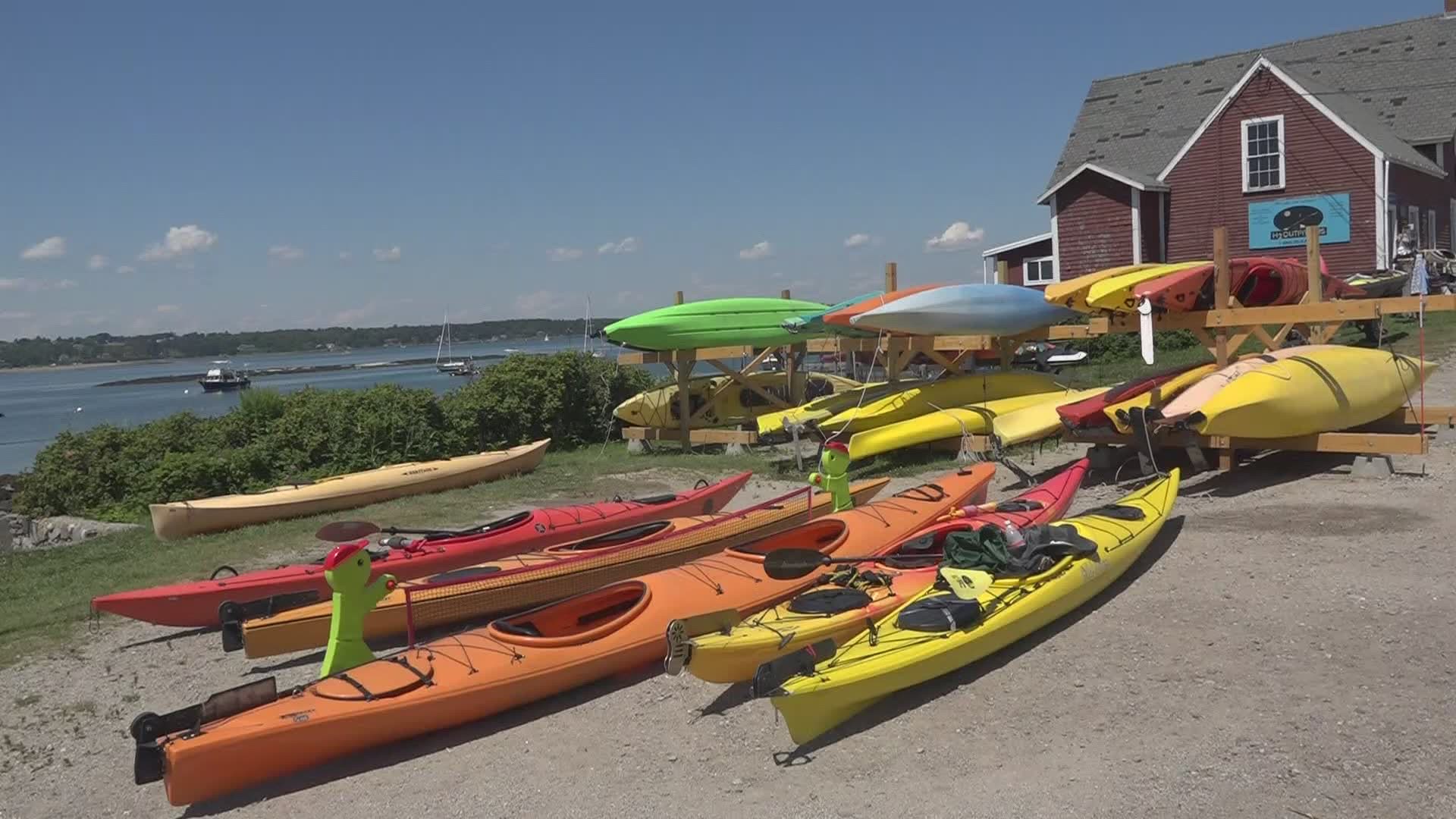 Julie Dimperio-Holowach, 63, was swimming with her daughter in Mackerel Cove when a great white shark attacked her. It was the first shark fatality in Maine history.

The story has attacked national and international attention to the small island community—something that is starting to weigh on many.

"I think it's fair to say the community is a little bit on edge,” Harpswell Fire Manager Art Howe told NEWS CENTER Maine.

Howe was one of the first responders on the scene following Monday’s attack.

"It's something you never hope for. You never want to cross that, but unfortunately, the conclusion was forgone before the call was made. It was over that quick,” he said.

The town of Harpswell is coordinating efforts to educate the nearby communities by urging people to be cautious while swimming and paddling.

Howe said he is grateful to the volunteer firefighters and EMS members that responded to the incident, as well as the kayakers who jumped into action to pull Dimperio-Holowach and her daughter to shore.

“I'm pretty shocked,” one of those kayakers Charlie Wemyss-Dunn told WHDH 7 News Boston. “It was a horrifying scene. I steered the kayak and held this lady's hand and we pulled her ashore."

The kayak tour company H2Outfitters that rented out those kayaks was back open Wednesday after briefly pausing operations Tuesday.

One of its owners, Cathy Piffath, said the community is doing all it can to carry on especially with all the media attention.

"It's been very hectic,” Piffath said. “You just don't have these things happen here. I think it's really put a damper on things for a lot of folks and they're trying to grapple with it."

The Orr’s and Bailey Islands Fire Dept. released a statement Wednesday saying in part: “Our hearts go out to the family and friends of Julie Dimperio-Holowach…Our island community has lost a vibrant and much-beloved seasonal resident.”

The department is now seeking permission from Gov. Mills to fly the American flag at half-staff on the island in Dimperio-Holowach’s honor.