How the Yarmouth, Fryeburg boy's soccer teams are proving it's about more than the game

Both teams highlighted a key player at Tuesday nights match, two players who refuse to let a disability keep them off the field. 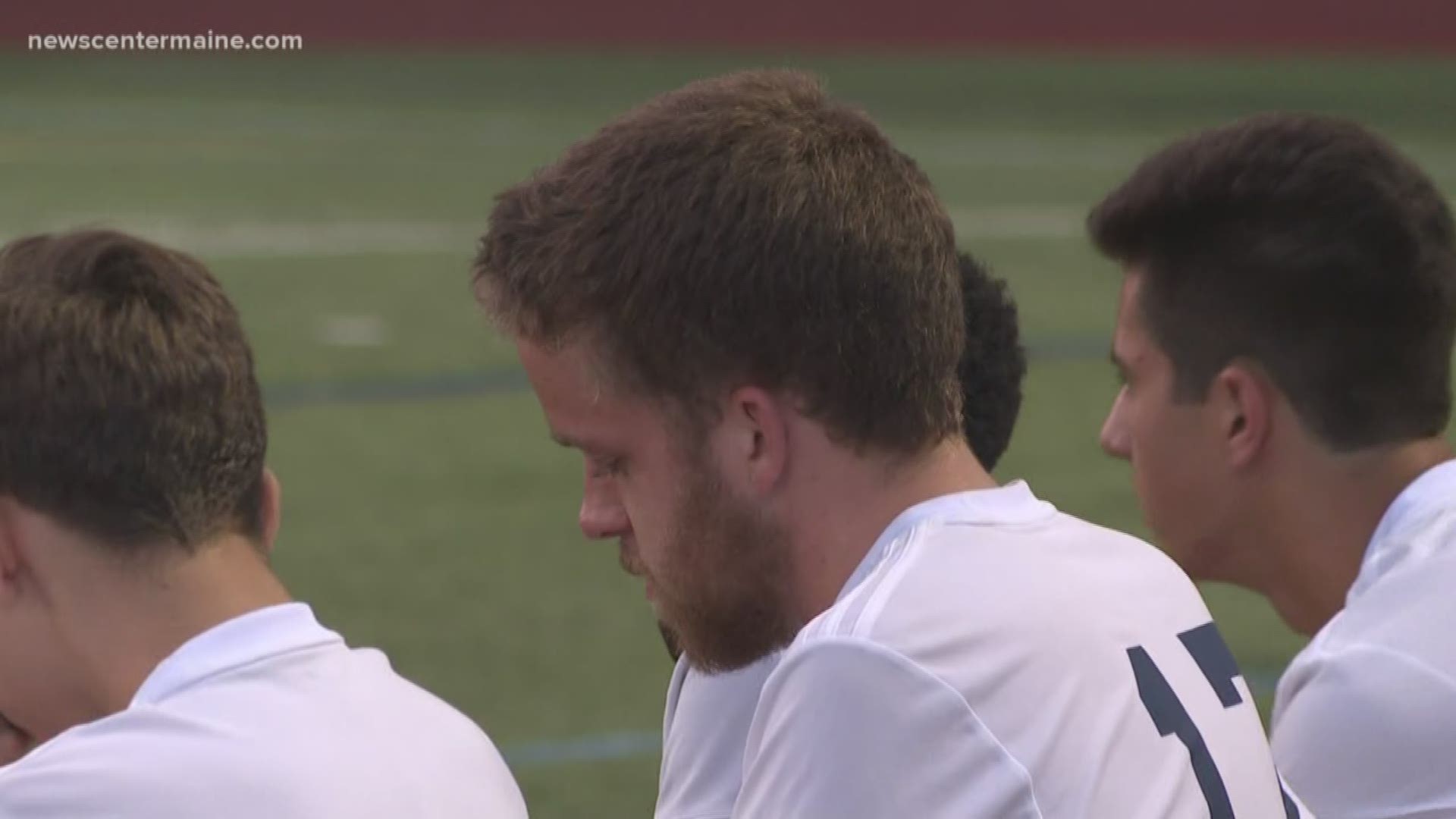 YARMOUTH, Maine — Tuesday nights soccer match between Fryeburg Academy and Yarmouth High School's Varsity boys proved to be more about celebrating each others differences than winning.

For Jared Conant, it was about getting out on the field with his team, something that isn't always easy when you're confined to a wheelchair. As a child, Jared loved playing soccer, but the now sophomore was diagnosed with Muscular Dystrophy when he was seven years old.

"It’s one of my favorite sports and I really like playing," Jared said. "I just couldn’t wait to get to be part of the game."

His teammates couldn't wait either.

"It gives you a reason to play every day," Senior Thomas Kuhn said. "You see Jared and you’re like 'OK I’m gonna work a little bit harder because he really wishes he could be out there with us'."

Conant wasn't the only one waiting for his shot on goal. Fryeburg Academy forward James Littlefield, was also ready to take the field with his team. The high school Senior has Smith-Kingsmore syndrome, a neurological disorder that affects brain development. However, his coach and teammates say it's never stopped him from becoming a key member of their team.

"James is a very positive young man who leads by example, he’s the captain this year and the kids really enjoy having him as captain," Fryeburg Academy's Head Coach, Robert Hodgman-Burns said. "I think he really inspires them to get the most out of their abilities."

Both players were given the opportunity to score in Tuesday nights game. However, the teams say it doesn't matter who wins or loses, It's about playing with heart and treating everyone the way they deserve on and off the field.

"It's one of those memories that these kids will have forever, you know getting in a game of a varsity sporting event with their friends and being able to have that exhilarating feeling of scoring a goal," Jared's father, Barry Conant said. "There's just nothing like it."